Creative Musicianship alumna Natasha Stewart talks about her new single and how she got to play Glasto with Rita Ora... 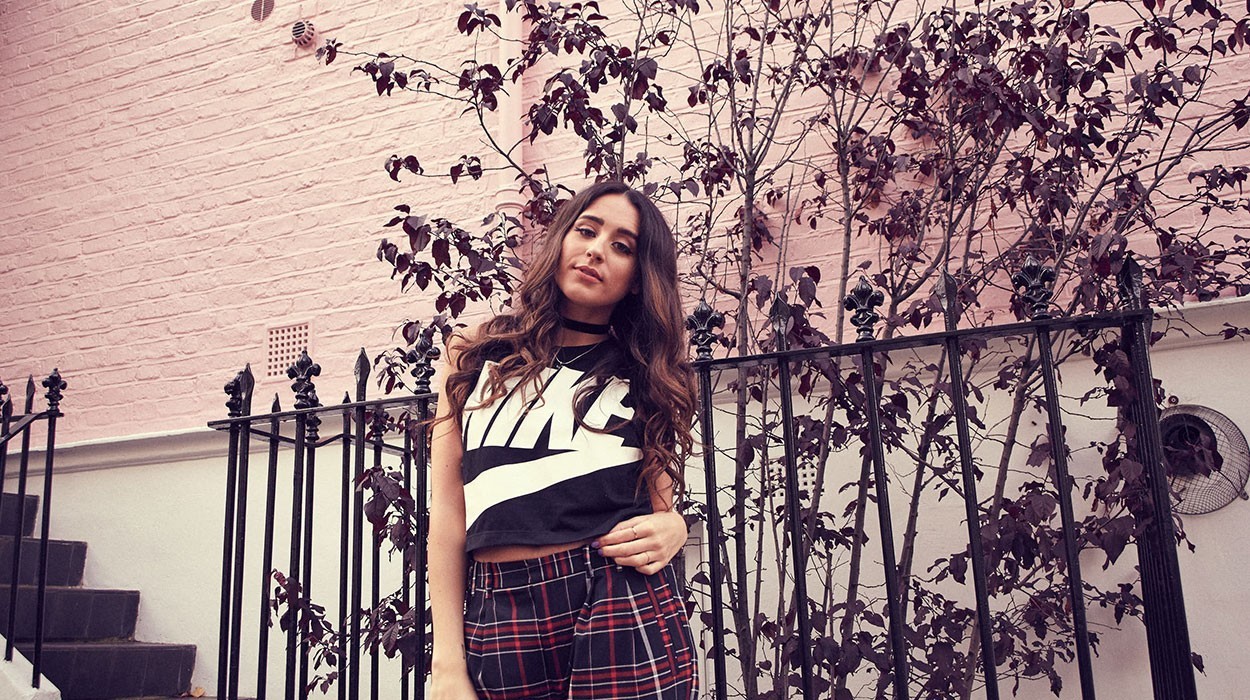 After the glorious release of her debut single 'Exactly What You Want', streamed over 200k times on Spotify, Natasha Stewart aka thisisNAMASTE talked to us about her second single 'Not My Fault' and the highlights of her career so far, including playing Glastonbury with Rita Ora.

Raised in Lanark, a small town between Glasgow and Edinburgh, Natasha was captivated with music from an early age citing big songwriters such as Whitney Houston and Mariah Carey as inspirations.

Natasha forged her own path and moved to London to study our BA (Hons) Creative Musicianship programme. Whilst at ICMP, she was able to secure gigs as backing vocalist with artists like Ella Eyre, and therefore start her career in the music industry.

Your latest single 'Not My Fault' was released just over a week ago via Humble Angel Records. What is the song about?
It is about coming to the realisation, after the breakdown of a turbulent relationship, that you are not to blame for what happened. It is representing a rebirth of yourself and accepting that the fault did not lay with you but with them.​

What made you realise you wanted to make music in your life?
I don’t think I had a specific moment in which I decided that I had to do music, it's all I’ve ever known and all I’ve ever wanted to do since I was little. I idolised Spice Girls when I was a kid, and I think that it probably got me invested early on!

Why did you choose the name thisisNAMASTE?
It was quite simple really, I wanted to sing under a different name to my own so a friend of mine helped me come up with it. The 'namaste' part came to light as my name is Natasha Marie Stewart so we were literally just playing on my initials, NA MA STE. My great grandad was also Indian and 'namaste' is an Indian greeting so it all fitted in quite nicely.

How did you start songwriting?
I wrote my first song when I was about 11. I wrote it for me and two of my friends as I wanted them to join my girl band. The song wasn't great (!), but I remember teaching them their parts and I thought we were gonna be huge! That band lasted for around a week, but the songwriting continued and thankfully, the songs I write now are a little better than the 11 year old version of myself - I hope!


How did you get to be a backing vocalist for artists like Rita Ora, Ella Eyre and Martin Garrix?
I got my job as a backing vocalist for Rita and Ella through auditions. My audition for Ella Eyre was right here at ICMP, so that was amazing! The audition for Rita was posted on Twitter and a friend of mine sent it to me, telling me to apply.  For Bebe Rexha and Martin Garrix, I got those gigs through another MD I had worked with previously on Ella (Donavan Hepburn). He called me up and asked if I was free to do some stuff with them, which was awesome.

How important, for your music development, was growing-up in Scotland?
I would say that growing up in a small town gave me the opportunity to really focus on music and what I wanted to do. I joined local theatre groups and school choirs, and absorbed myself in any musical avenue I could at the time. I’d say it gave me the drive to keep pushing myself and striving to have a career where I could do music full time. I am so grateful that I am now in a position to do that! When it comes to music taste, I was just a sucker for pop music and so were a lot of my friends at the time! Perhaps that’s why pop music is something that I’ve always loved writing.

The best piece of advice I've received about making a career out of music is 'work super hard, be kind and don’t compare yourself to others'.

How did studying at ICMP help you in your career and personal development?
ICMP definitely helped. It taught me things like the value of networking and how important it is to 'get yourself out there'. It also taught me the use of music software like Logic Pro, such a great tool to put my songwriting ideas down. Personally, I think I gained confidence in my ability to perform when I was at ICMP. Being surrounded by other really talented performers, you were forced to up your game especially when they were part of your audience too!

What do you have planned for the next few months?
I have more music releases coming up which I’m very excited about. I’ve waited so long to release music so the fact I can now do it is great. I’m hoping to be doing live shows in the new year which I CANNOT wait for as I love performing!

What have been the most pivotal moments in your career to date?
I guess in my own artist journey it would have been having my first release and getting such a good response! It can be a nerve-racking thing putting out songs you’ve written, so for me it was a really big moment to see one of my songs on different Spotify playlists!

In my career as a backing vocalist I was so fortunate to have had so many amazing opportunities that I will be forever grateful for! I’d say one of my definite highlights was performing on the Pyramid stage at Glastonbury alongside Rita, closely followed by playing on Necker Island with Ella. 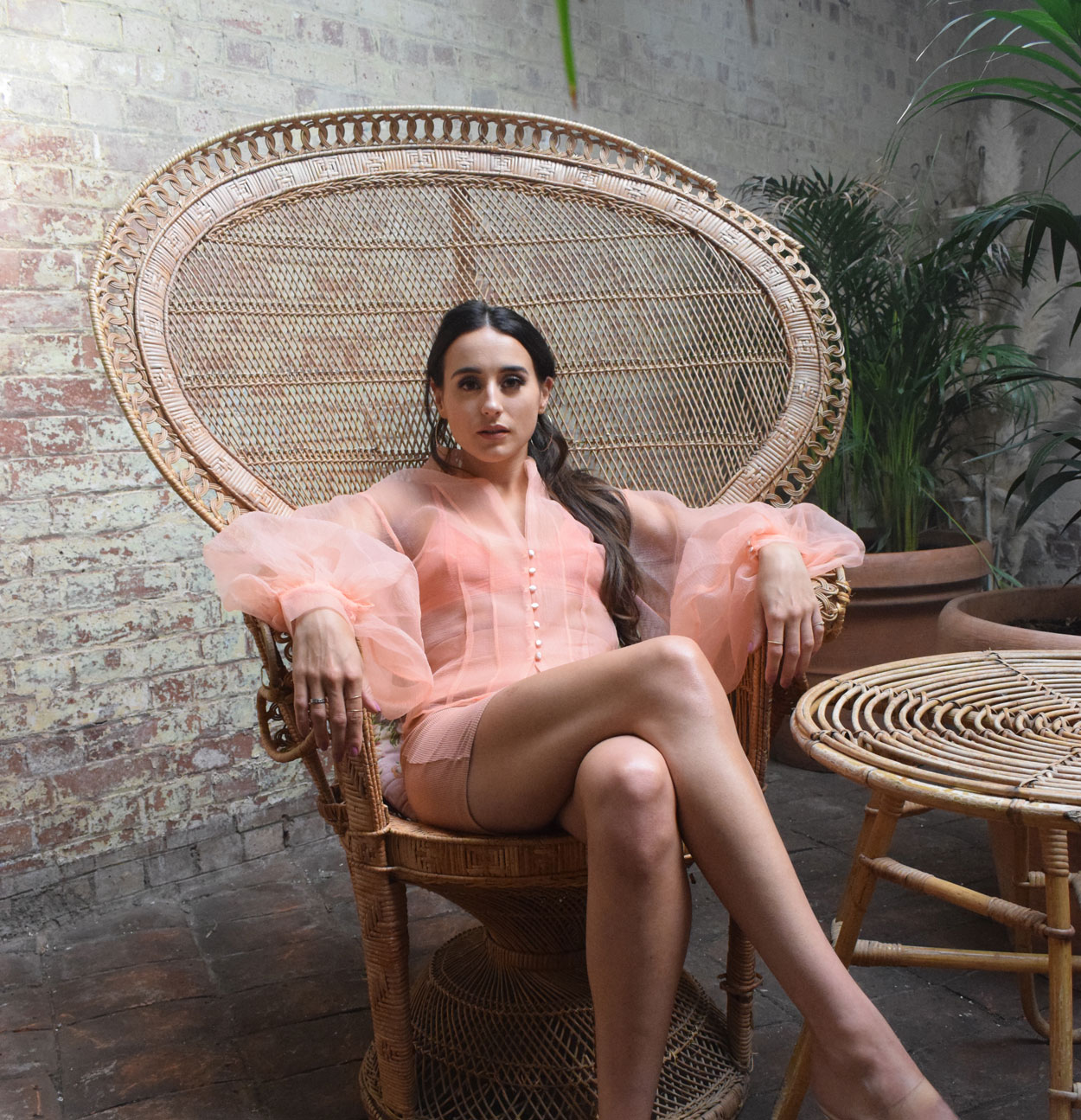 Who is your biggest musical inspiration?
I’d say people like Sia, Robyn and Lady Gaga. I love that they are strong, super talented woman who are amazing artists, songwriters and creatives.

How important is to build a good team around you as an artist?
Super important. You need to have the right team of people around you that value and believe in your career as much as you do!! You need people who are willing to fight your corner when you need someone in it.

by Lara Magnelli
September 19, 2019
Creators
Back to Blog Home