We catch up with one of London's most exciting new indie bands to find out about their 2018 and beyond... 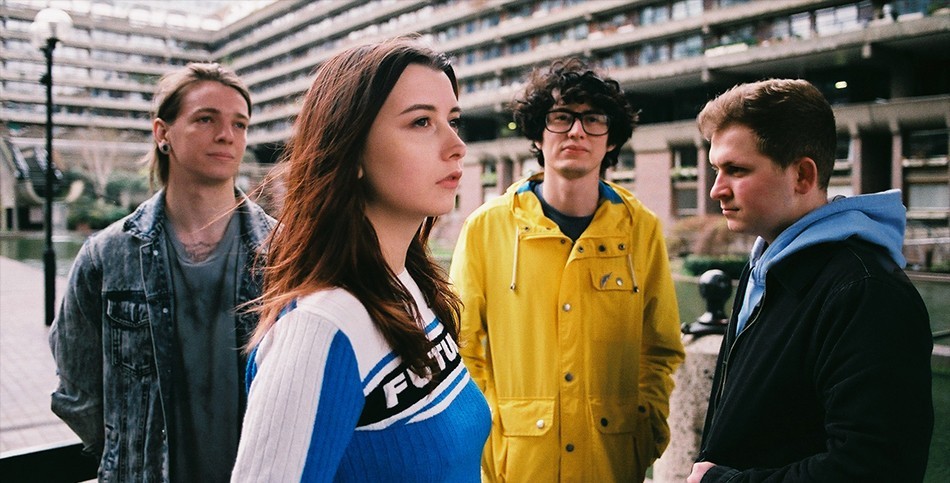 Youthful exuberance is something Stay Club have in spades, a new band who have been causing a stir on London’s live music scene over 2018.

With gigs for Oxjam and Hot Vox in support of War Child, the band were our ICMP Spotlight act earlier in the year due to their great debut track, ‘Lighthouse’.

Led by current BA Creative Musicianship student Jessica Montgomery, we’re excited to see where they and their music head next. Get to know the band in our interview below and go see them on 15th December at the Roadtrip and Workshop…

Where did your love for music come from?

Jess: It was kinda bred into me I guess. I remember when I was younger, my dad was a single parent so he used to take me to his band rehearsals with him when I was like eight. I remember thinking it was so cool and it’s what I’ve always wanted to do.

Bowy Monterroso (drums): I don’t know where mine came from, my brother used to play the guitar but other than that, no one in my family is a musician. My neighbour gave me an old rusty drum kit to use when I was fifteen, he said 'you can use it, but it’s not yours'.

I even offered to purchase them later on for sentimental reasons but he still said no! My parents didn’t want to get me my own drumkit without knowing if I was gonna take it seriously. It all went downhill from there!

How did Stay Club get together?

Jess: It initially was a two-man project with my brother and me, I showed our song 'Lighthouse' to Adam Chessis when it was still in the works, he really liked it and wanted to be part of the project. That's when we decided to form a band.

We advertised for a drummer and found Bowy almost immediately. After a reshuffle we ended up with Adam Webster as our final bassist. I already knew him from ICMP so was really excited for him to join the band.

How important have your studies been?

Adam Webster (bass): I mean, without ICMP none of us would have met. I also think it's great that we're all from different cultural backgrounds and the university has allowed us to explore different genres and styles, and after all of that come together with a unique sound. We're quite an international band.

What are the most important things you learned since you've been with us?

Bowy: Personally ICMP has helped me improved my drum technique as well as my live performance. It has also helped me know my way around music technology(click tracks, Daws, sampling pads, etc.), which is a big part of our live set.

Jess: The most important thing I've learned, or shall we say developed, is the confidence to get out there and do it. I've wanted to be in a band my whole life, and without ICMP I'd have never have done that.

I've come on leaps and bounds in terms of skill and personality since being here!

Jess: The best advice I’ve had is to always be in networking mode. You never know who you’re gonna meet when you’re on a night out, at a show, or even just in a coffee shop.

Also, believe in what you’re pitching to people, your passion will show and most people will appreciate that.

Listen to 'The Lighthouse'  and visit Stay Club's Facebook page to find out more. Also catch them playing live on 15th December at the Roadtrip and Workshop.