Our BA Songwriting alumnus tells us about his successful DIY journey in the music industry... 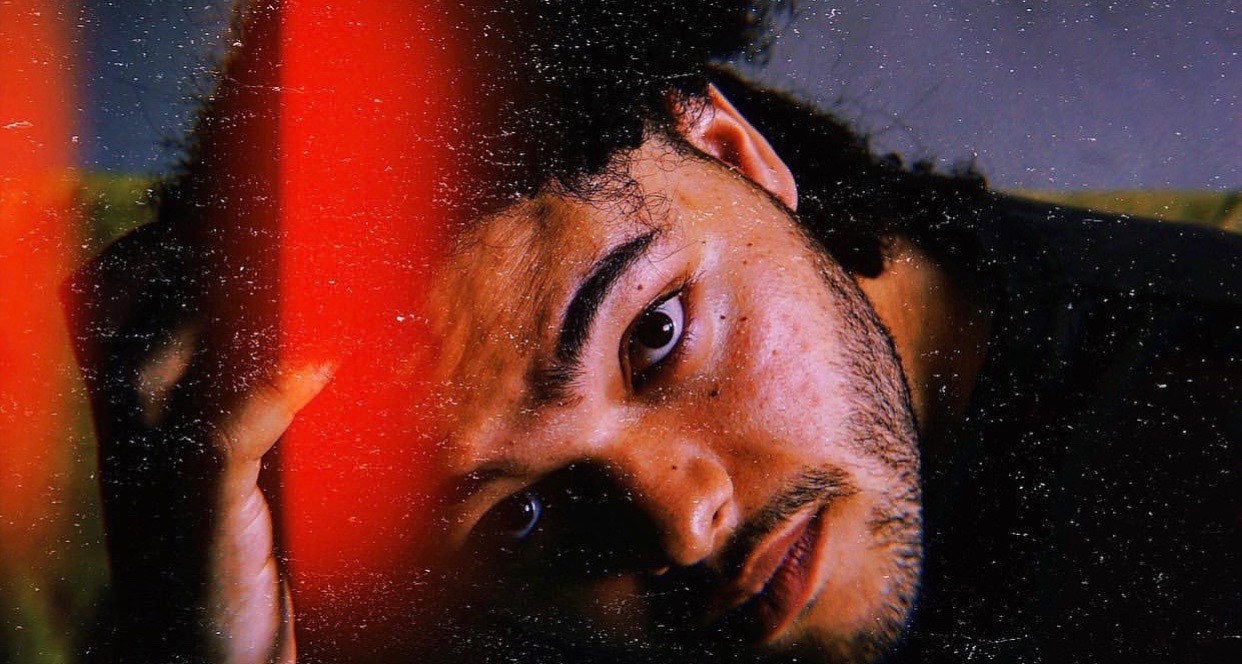 Recently signed by Columbia Records, Richard Fairlie is one of our talented Songwriting alumni and a DYI Spotify geek. Prior to his sold-out show at London venue The Waiting Room, Richard found time to tell us all about his journey from fledgling songwriter to amassing over 2million Spotify streams.

When did you realise you wanted to be a musician/songwriter?
When I was crazy young! Probably around 10. The two things I enjoyed doing - and to be honest this hasn’t changed to this day - have always been football and music. I knew I wanted to do something in one of those fields. I’ve been writing songs since I’ve come out of the womb, to be honest... not good ones, but songs nevertheless!

During my gap year, I ran open-mic nights every week. Being able to perform in front of people on a regular basis filled me with so much excitement and definitely helped me realise this is what I wanted to do for a living.

The most pivotal moment was probably when I saw The Script performing at Birmingham's LG Arena. The show was on Saint Paddy’s Day and Danny, the lead singer, forgot the lyrics to ‘I’m Yours’, a track from their first album. The entire arena started singing the second verse and the chorus to him... he then broke down in tears. From that moment, I kind of knew I needed to bottle that feeling and try to replicate it. The idea of having something you’ve written being sung and loved by so many people blew my mind! ​​ 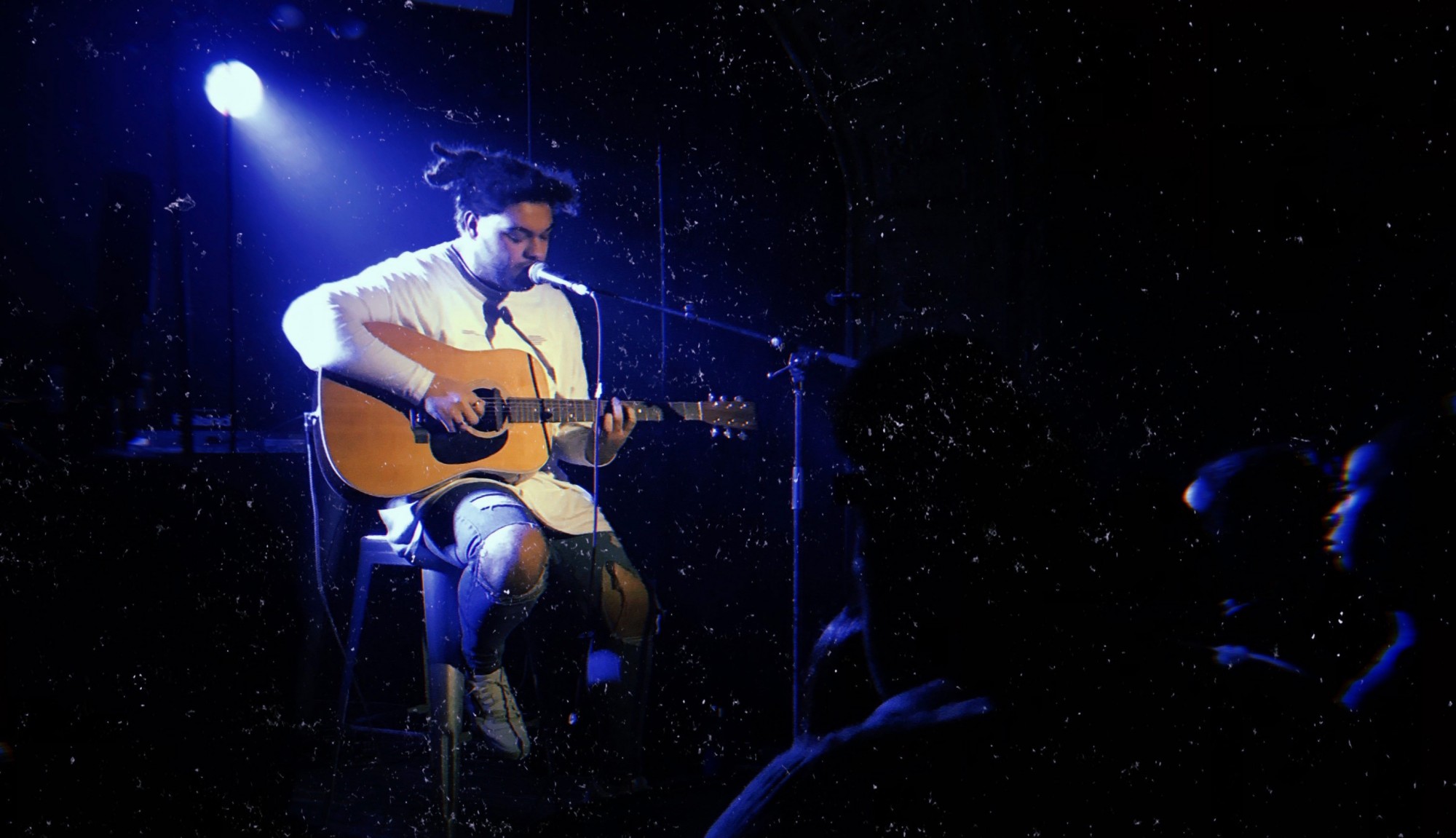 What are your main inspirations?
There are many! Currently, I would say Travis Scott, Billie Eilish and her brother Finneas, Tyler The Creator, Post Malone, Kacey Musgraves, Dan D’Lion, The 1975, Miley Cyrus, XXXTENTACION, Francis And The Lights, The Weeknd, Dominic Fike, Kanye West, YungBlud, Labrinth, Halsey... That is a long, genre-bending list there!

My new singles are in a more ‘very English hip-pop’ landscape and they are far more produced than my first tracks. Let's say that I’m in a pretty different place artistically.
The first songs I released came from direct inspiration from specific artists and songs; 'Torn' was the result of me purely listening to Jack Garratt for 2 months. 'Give Me Your Love ' was instead me listening to a lot of James Bay and having 'Sweet Creature' by Harry Styles on repeat... And so on. I’m now in a great place, because I’m not really me being a sonic carbon copy anymore. I feel like I’ve found my sound now which is so, so exciting!​

What led you to ICMP?
Funnily enough, Facebook Adverts...! I also went to an Open Day and the family nature of the place made me want to enrol. Also, I thought that having the Careers & Industry Hub there for me would be game-changing...

When you’re not in the music industry and everything feels like an inaccessible parallel universe, having people currently working within the business, showing you how things are done is truly eye-opening."

How important has it been for your career to be based in London?
Even though I’ve signed my record deal with Columbia out in Germany, being in London was VITAL for this! I would not be where I am without being based in London. Nothing can beat being at a gig and bumping into a stranger who happens to be a manager or an A&R person; you can just hit it off like that! You can’t exactly have that experience in Coventry, where I'm from.

You hear stories like James Bay's one... he was playing at a gig and that's when his A&R found him. What are the chances? But that ended up being exactly how I met my manager! Yes, being in London is really important.

London - like LA - is a music hub. There are so many A&R’s here and brilliant initiatives like Sofar Sounds (they put on the coolest gigs)!

Many big promoters are based here, such as the brilliant Communion - who I’m currently working with - along with excellent producers, writers, and artists. Places like the Kensal Town Studios are packed with real geniuses. If you get a session there, and you're lucky, you could be eating lasagne with Ed Sheeran! In London, everything can be a networking event without feeling like it, which is so refreshing.

How did you manage to hit over 2 million streams on Spotify?
The big streams came from in-house curated Spotify playlists. And me being in them is just luck, to be honest...! My management submitted my tracks to the editorial team and just prayed. The editors happened to put my second and third single in some big playlists which - to me - was mind-blowing.

However, I was able to tap into algorithm playlists such as Spotify's Discover Weekly thanks to my 'creepy internet stalker' skills; I was looking to build my Spotify following as fast as I could! After being taught about distributors/aggregators and independently releasing my first single, James Brister from the Careers and Industry Hub helped me signing up on a platform, Submit Hub, where I was able to submit my music, both released and unreleased. On there, independent Spotify curators and blog owners regularly make playlists for either fun or to launch their brand (as they are not part of the official editorial team).

I honestly spent hours submitting my first single to literally everyone on the platform! They have genre filters but I ignored them and sent my music to anyone who would accept it - potentially, a stupid idea but I still stand by it.

I believe that people are just into good music nowadays, and that genre doesn’t always matter... But don’t get too attached to people's opinions of your music; everything is subjective, so some people will love it and some will hate it.

Also, I found out that on Spotify, some random normal people would sometimes have playlists with a really big following, so I decided to go through my Discover Weekly and search for smaller artists and the playlists they appeared on (you can find it under their 'About' tab). I then discovered the smaller playlists that they were on and started compiling a list of the people who curated them.

Then, it was time to get my stalk on. I started to look these people up on Facebook, Instagram, Twitter and so on to find them and message them to start chatting about music. I would listen to their playlists carefully and approach them by letting them know which new songs I'd found out about thanks to them, then get some nerd music listener game going and start talking about me and my music... And there you go.

What have been the most pivotal moments in your career to date?
Probably signing a record deal with a major label; having someone who fully believes in your art is honestly a crazy feeling! Also, selling out my fist two headline shows has been a big achievement for me, especially because I happen to actually have a massive fear of gigs!

The open-mic nights I mentioned before, back in Birmingham, scared me - sometimes we would only get 3 people to show up! Even if tickets have sold out, I still have a fear no one will show up! It’s weird, I know...

But with the help of Communion, my management, and the epic people who follow me on Instagram (and tolerate my DMs!), we’ve managed to sell out two London shows - It’s mental.

Artistically, the highlight has to be when I was in LA and wrote my next single with Noah Breakfast and an amazing producer. It was the first song I made that sounded more Travis Scott-ey than Ben Howard-ey and it was a big moment for me. I’ve been writing ballads since I was 14, but I’ve always wanted to make a song like that and it’s finally been done. I can’t wait to create even more. 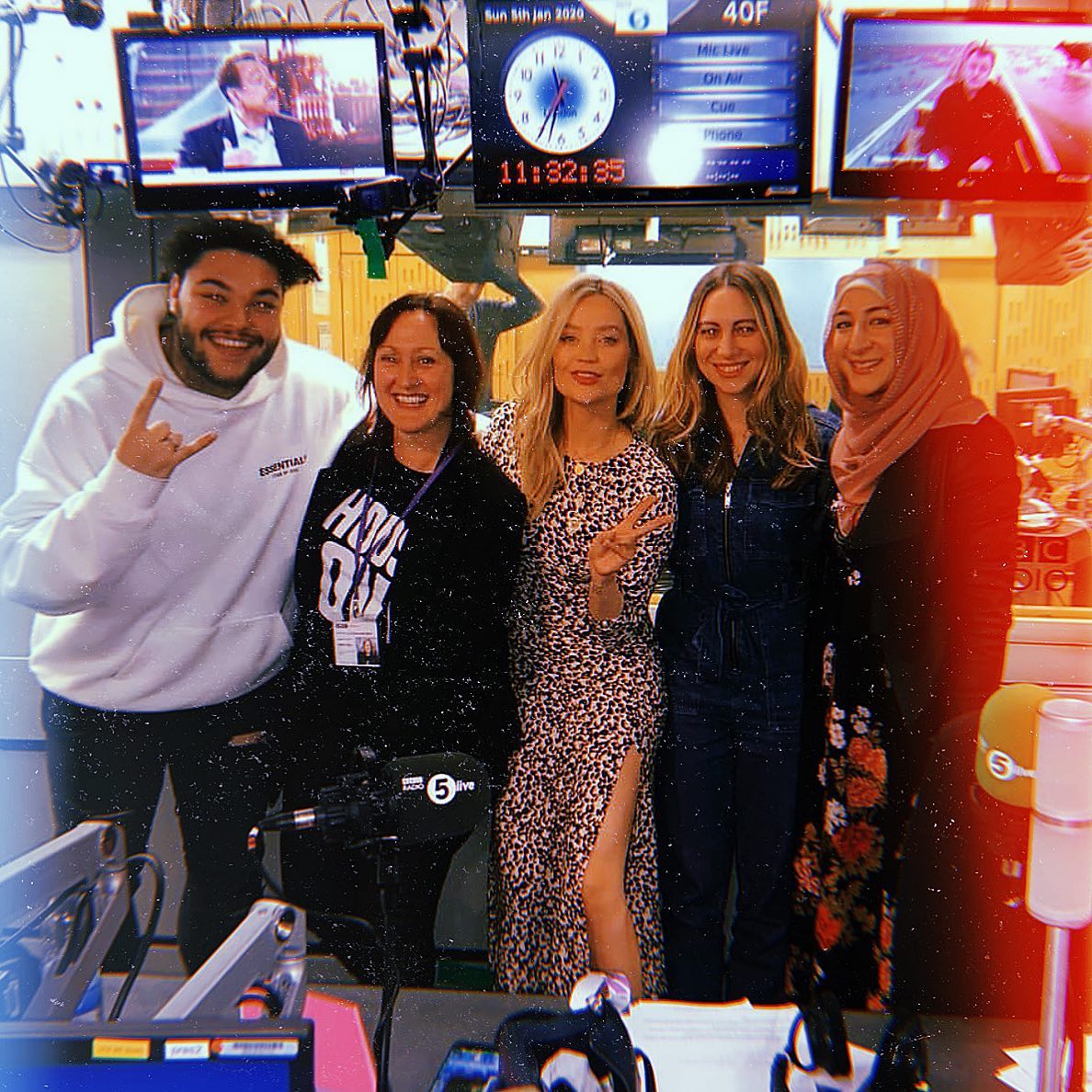 You had your first radio appearance a few days ago on BBC Live 5 performing 'Shelter'. How did it happen?
Laura Whitmore’s producer contacted my manager after she had heard my tracks on Spotify and asked me to perform on the show - it was a blast! It was a great experience to be playing at the BBC.

What's the best piece of advice you've received about building a career in music?
Honestly, I don’t think I received much advice. For me it's always been a case of trying various things; if I fail, I try different ones. The way I see it is this, if one single ends up being a flop, I'll just release another one!

What do you have planned for the next few months?
In February, I’ll be heading back to Los Angeles for more writing sessions and to film a video for my next single, which will be released in late February. On May 11th, I’ll also play another headline show, this time at the Camden Assembly and I just can't wait!

We'd like to thank Richard for sharing his great stories and advice with us. Don't forget to get your tickets for his Camden Assembly gig on 11th May.

To catapult your songwriting and music career to a whole new level, email our friendly Admissions Team at enquiries@icmp.ac.uk or give them a call on 020 7328 0222

by Lara Magnelli
January 27, 2020
Creators
Back to Blog Home