Electronic artist and ICMP Music Production tutor gives us the lowdown on her Art School Girlfriend project and more... 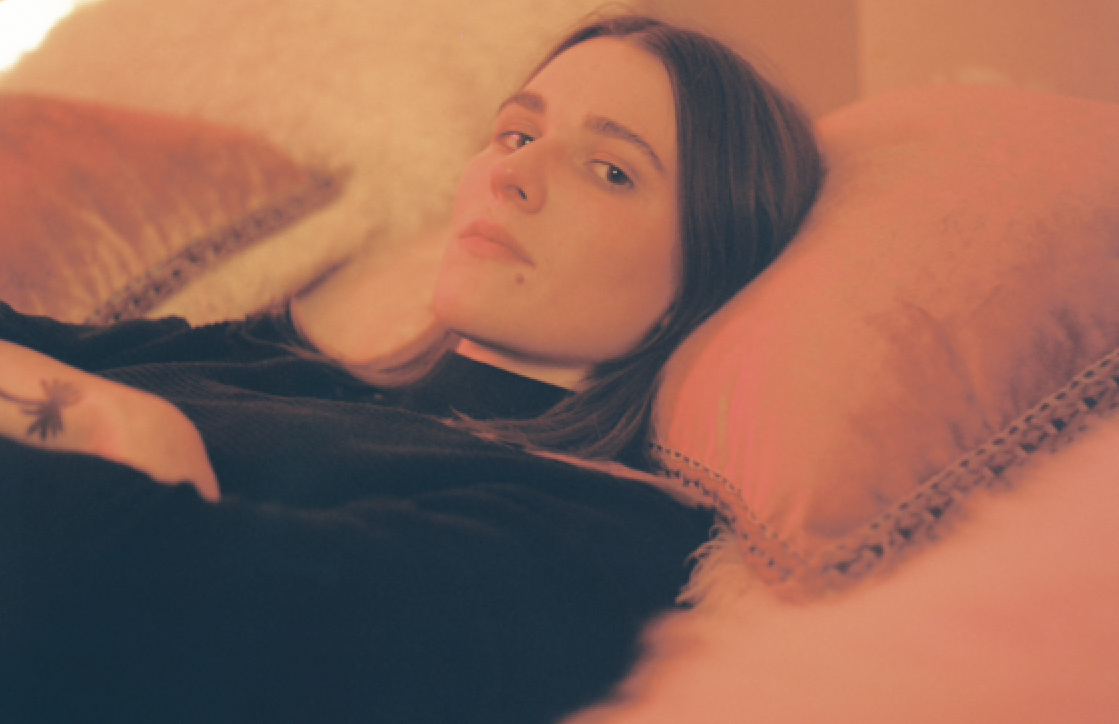 Electronic artist, performer, producer and now tutor is the latest in a long list of musical strings to Polly Mackey's bow.

Polly joined ICMP's Music Production faculty earlier in the year, dividing her time between teaching our students and writing and recording as Art School Girlfriend.

Signed to Adele producer Paul Epworth's Wolf Tone, Polly has just finished writing her artist album due for release in 2021.

We caught up with her to find out more about her ICMP teaching, new record and production advice...

I remember trying to imagine what was making the snare sound in a drum kit. I imagined someone with metallic gloves clapping in a dark room. I started playing drums when I was eight so I must have been really young.

Was there a tipping point or breakthrough moment with music?

I started out quite young, playing at festivals and touring from the age of 16 in various different projects. Alongside that I worked in the industry - labels, management companies and in press - from the age of 19. But production was aways an obsession from the start, so getting signed to Paul Epworth's label Wolf Tone was a big enabler of that side of my practice, with The Church Studios [owned by Paul] becoming a kind of second home to me.

Now I find being an educator as well as an artist very fulfilling - I get to use all the same parts of my brain I do when collaborating in a studio."

Could you talk a little about your Art School Girlfriend project? How did this come about and what are the inspirations/influences behind it?

My previous band Deaf Club had been a great way to cut my teeth as a performer.

We were teenagers, moved to London for the band, got a publishing deal with Domino and toured a fair bit. We struggled to get signed, and by the time we broken up I'd already been feeling constrained by the shoegaze band setup and wanted my own production-based project with more of an electronic musical aesthetic.

I spent a year making some demos as Art School Girlfriend in my bedroom, and before I'd decided what to do with them, I met one of Paul Epworth's engineers randomly in a bar. He insisted I send him my music and that was the start of getting involved with the label Wolf Tone. I met Paul who insisted I produce my demos into full tracks using one of his studios.

Now having released two EPs and an AA single with Wolf Tone, I've just finished recording my debut record. The label is based within the studios, so the music creation is given its rightful priority and you're never rushed, which is a rare thing to experience as an artist.

Could you talk a little about your artist album? What's the record about and how has it been made?

The record is about a long-term breakup. I went into the studio on my own for two weeks straight after my life had just been turned upside down. I'd stay there all day and night and that's when I wrote the majority of the album. I then worked on most of the tracks with Paul's engineer Riley MacIntyre and it's really brought them to life. The album conceptually is about darkness and lightness - both mental and physical. So it has a combination of dreamy, beautiful production under really dense claustrophobic moments - these elements pull and push against either throughout.

What led you to ICMP? And how have your experiences been with us so far?

Last year I moved back to London after a few years in Margate and wanted to do something that could go hand in hand with being an artist and put my knowledge gained over 12 years in the industry to good use.

It's been great so far, and I find the talent of the students very inspiring. Production requires critical thinking in regards to what you're hearing; it requires you to communicate in effective ways through a shared language and discuss aesthetic and artistry - all while using technology to get to a common goal. So in regards to this process, teaching a class of students who all possess a production ear and passion for music is something I find really fulfilling.

You've worked with Ghostpoet on his new record? How did this collaboration come about?

We met both living in Margate. He ran Radio Margate, on which I had a sporadic show. He then asked me to sing on two tracks on his recently released album, which I jumped at the chance of. He's a very talented and lovely man.

What would be your essential advice for anyone wanting to launch a music industry career?

If you want to be an artist or producer, I think it's about finding your sound. Then once you've found it, push it further. Being strongly individual and true to yourself is really important."

Make music that you really love and create something that you would want to listen to. I've also learnt that the 'gatekeepers' in the industry these days tend to gravitate towards things that feel fully-formed and have a real strong sense of identity.

Have you any top tips around production?

Try and treat production in the most creative way you can and experiment. Use it musically, not by the book. But most of all, just use your instinct.

Do you still live in Margate? What's the scene like in the town?

I moved back to London last year after three years in Margate. It was really formative for me, in terms of lifestyle and my practice. Practically I could afford a studio, but also artistically, being in a place that can be both bleak and beautiful with such physical space definitely found its way into my music. The music and arts scene in general was very inspiring, with everyone hustling and creating.

What does the future hold for you and your music?

I've just finished recording my album; it's out in spring next year with the first single released this autumn. Then hopefully some more touring, Covid-19 allowing!

Visit facebook.com/artschoolgirlfriend to find out more.

Watch the video to Art School Girlfriend's 'Diving' below.