Our Masters in Songwriting alumna gives us the inside story on her emotive new track, 'Ceasefire Baby'... 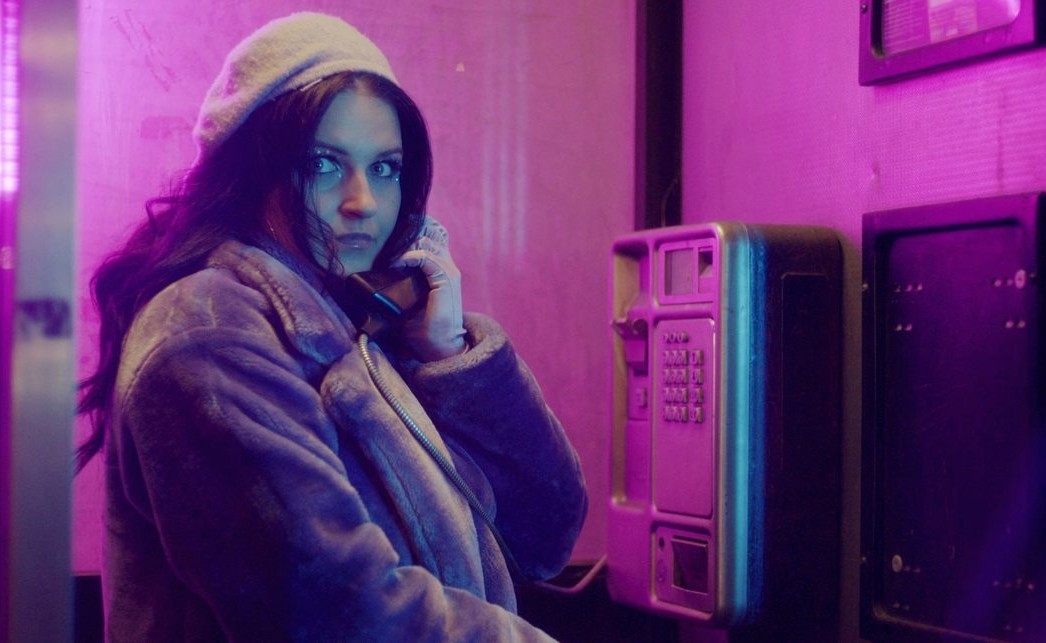 As a songwriter and artist, ICMP Masters in Songwriting alumna May Rosa, is unafraid to take on challenging topics with her music.

Latest track, 'Ceasefire Baby', is an unflinchingly vulnerable piece of music, aiming to educate and inform listeners of the shocking increasing rates of suicide in Northern Ireland in those born since The Troubles.

With a video part funded by ICMP's Accelerator Fund and proceeds going to different charities, it's a captivating piece of music.

We caught up with May to find out more about her, her music and how the song came about...

My mum is a singing teacher, so I started singing classical, folk and Irish traditional music when I was very young.

Throughout my childhood, there was always music playing in the house, which obviously had a big impact on me. My mum taught from home and my dad is a multi-instrumentalist so music was a constant.

We used to have big parties and guitars would be passed around all night, while everybody sang along and had the craic. Those parties, with all the singing and dancing, are some of my favourite childhood memories. Music meant happiness to me from very early on. As regards records, No Doubt's 'Tragic Kingdom' was the first album I bought. I absolutely loved it and listened to it over and over again. Then, I started writing when I was 11. I still remember the melody. It was very dramatic and dark. Wouldn’t be like me haha!

Was there a breakthrough moment with your music?

I’ve always wanted to be a performer. There’s never been a doubt in my mind. As well as a musician, I’m also an actor, but music is definitely my number one.

What led you to ICMP and what did you study with us?

Doing a Masters in Songwriting meant I could dedicate a year of my life to writing music without any distractions. I was feeling disillusioned in Belfast and wasn’t being as creative as I wanted to be, so I knew I had to go back to London. The MA gave me a reason to do that, as I wanted a focus when I got there and the content of the course looked right up my street.

Before, when I had lived in London, I went without a clear plan and ended up juggling loads of minimum wage jobs. The MA gave me discipline, as well as access to ICMP's community of amazing musicians, which I didn’t know I was missing.

The most important thing I learnt was that you can’t wait for the ‘muse’ to appear. She is temperamental and may not come to the party at all. She’s a myth!"

Write even when you don’t feel like it. Write all the time. Also, don’t be precious. If you write a bad song, the world isn’t going to end. It doesn’t mean you’re a bad writer (or person). Just chuck it away. No big deal. If you write an okay song and it has legs, great - go back and make it better. Redraft and rework until it’s the best it can be.

The creative process module in the MA was so transformative for me as a writer. The content of that module was complete gold and has stuck with me since.

Could you talk about your musical life since you left ICMP? What projects have been keeping you busy?

I released my first EP, 'Waxwork Sweetheart', got a band together and gigged around London. I released two singles last year and made a video during lockdown with my brother who is a set designer and transformed our spare room into a shrine and a cloudy sky (as you do).

I recorded my latest single, 'Ceasefire Baby', remotely and we produced and directed the video in December. I’ve been trying to get it off the ground for a year or so now, so it was great to see it come to fruition finally. The shoot involved a lot of pre-production, which kept us super busy too.

Could you talk about 'Ceasefire Baby'? What inspired the song?

'Ceasefire Baby' was born out of complete disbelief, sadness and anger regarding the lack of support, awareness and funding on the suicide epidemic in Northern Ireland. To give a bit of context; on average, six people, per week here take their own life, making it the worst in the UK and within the top 15 countries in the world for suicide.

Regardless of this, only 5.5 percent of the healthcare budget is allocated to mental health services. Since the Peace Agreement in 1998, 5,000 lives have been lost to suicide, therefore overtaking the amount of people killed in The Troubles. My generation are called ‘Ceasefire Babies’ (born in the nineties around the time of the ceasefire) and are affected most by this epidemic; the majority of which are men.

So, I lived in England for over 7 years and when I brought this up, people had no idea. They were so shocked that a mental health crisis so huge wasn't more widely publicised. Some in Northern Ireland don’t even know the extent of the problem. I decided to write a song as I thought it was a palatable way to educate people. So, I wrote it from the standpoint of a woman who had lost her husband in The Troubles and her son to suicide, to highlight the paradox between war and peace in Northern Ireland. The response to the track and video, so far, has been sobering. It really means something to people.

The video was partially funded by the ICMP Accelerator Fund, so thank you guys so much for that! All proceeds from this song go to Aware NI and PIPS Belfast. Donations can be made through my Spotify and Bandcamp.

The majority of the time I’ll write the lyrics first, or the bulk of them at least. When I feel they convey exactly what I want, I’ll go to the piano and fit/rework the lyrics to a melody. I have a clear idea at this point how I want it to sound and how the ‘world’ should look, so I’ll put together a Pinterest board with images I feel coincide with the song (this is sometimes done at the lyrics stage).

Then I’ll put a playlist together, or listen to some songs within the vibe, before recording a demo. I’ve tried loads of other ways, but this is the process that I enjoy most and works best for me.

For anyone looking to study at ICMP, what would you advise them?

Get involved in everything that is going on. Go to as many of the talks, gigs, networking events, conferences etc. as possible. Looking back, I wish I’d gone to more. Collaborate with other musicians. Even if they aren’t your vibe, you’re 99 percent likely to learn something from their process and get something from it. Also, a big one: take advantage of having free, clean, NICE rehearsal spaces. Unless you want to pay an arm and a leg, this is a novelty in London!

I will be releasing another couple of singles and a second EP this year. I’ve been in Belfast for the pandemic, so I’ll probably move back to London when live music starts again. I've also applied to the Help Musicians Do it Differently Fund to assist with the cost of the EP. Fingers crossed!

Visit May's Facebook page to learn more about her and her music. Listen to her tune 'Dancing in the Debris' below...

by Jim Ottewill
April 8, 2021
Creators
Back to Blog Home