ICMP songwriting alumnus Martin Tell lets us in on how his Swedish band One Light made their self titled debut LP... 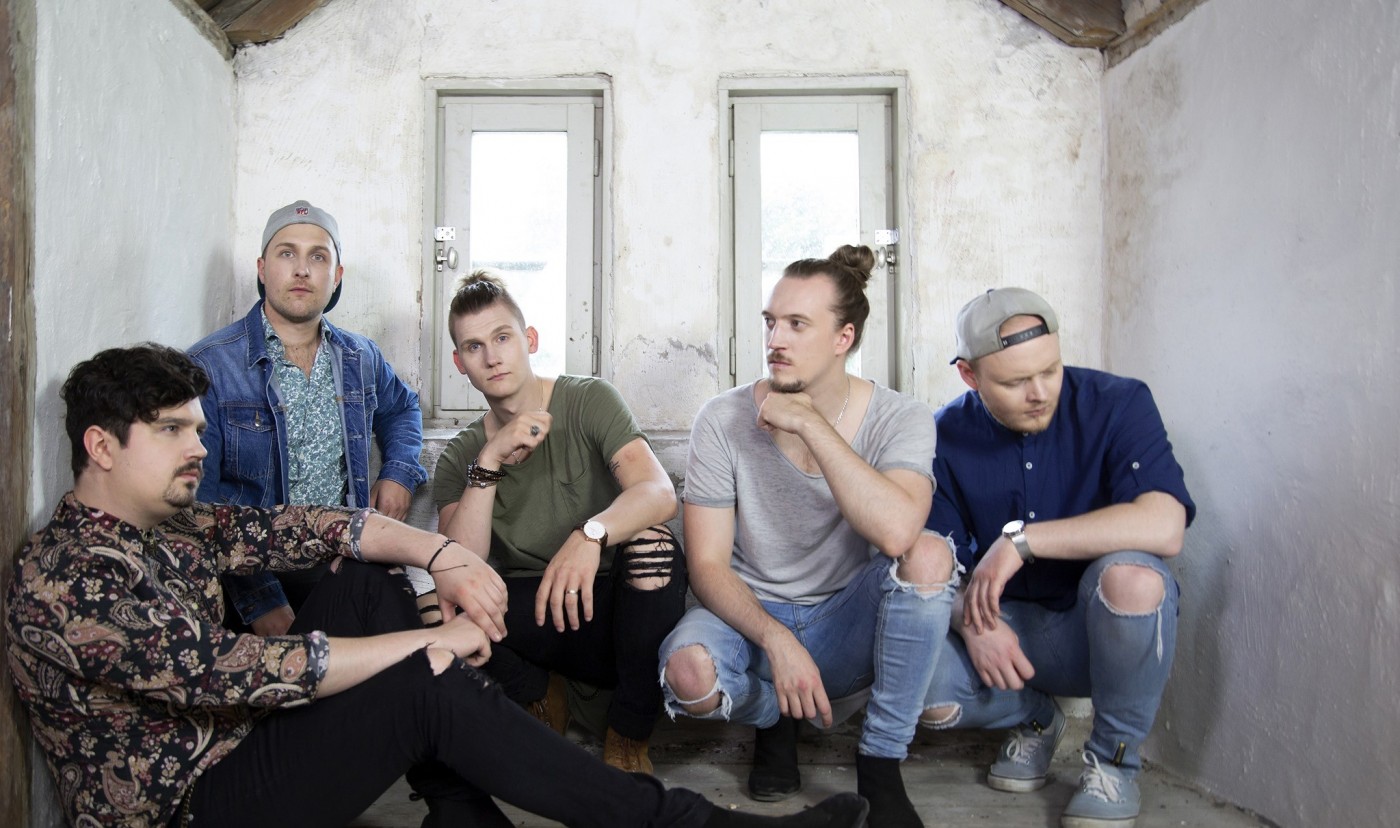 The name of Swedish band One Light refers to 'a feeling of freedom and hope when you need it most' which is apt when you listen to their epic, stadium sized guitar pop.

Formed in the city of Helsingborg, the band feature ICMP songwriting alumnus Martin Tell and combine big sing-along vocal hooks with the kind of powerful choruses that their heroes U2 and Coldplay would love to call their own.

With a deal with Rexius Records and a new self-titled debut album just released, we caught up with Martin to learn more about the record, the experience of leaving his native Sweden for London and what the future has in store for his talented band...

When I was 11, my dad found his old guitar. He tried to teach me a few chords (which unfortunately didn’t go to well). I hated playing it at first since I wanted to know how to do it properly straight away! I was listening to Europe a lot at the time so I decided to learn a few of their songs, then with internet access and understanding how to read tabs, it just took off. Guitar was my main thing until I was about 16, then writing lyrics and songs really got me.

I was studying music at high school at home in Helsingborg, Sweden. A friend of mine told me about ICMP and how he was applying for a diploma in guitar. I was curious and started to do my research. I didn’t really have any plans to further study music but as I read more about the school, the feeling grew on me and I decided to fill in my application. I studied songwriting.

I loved going to ICMP. The people, the city, the teachers and courses are just too good to miss out! I made friends from all around the world that I still have a connection to, and that’s fantastic. Music really is a universal language and ICMP made me realise it."

How did you enjoy studying in London?

London has always felt like the capital of music. Growing up you always hear about bands going to the city and how amazing and different it is to be a musician there compared to Sweden. I had never been to London before and but I just packed my bags and came over. I’m really glad I did. London has so much to offer anyone but in some ways it feels like the whole city just loves music. And football (obviously).

How do the music scenes of the UK and Sweden compare?

It’s a different thing. Don’t get me wrong, Sweden is the land of songwriters but UK gives you a crowd that just loves music. In every part of town there is an open mic night, there are bands all over promoting shows, great venues for both big and small bands and there is always a crowd. I remember playing at The Good Ship in Kilburn on a Thursday and the place was packed with people just having a pint and listening to local talent. I really miss that back home. Over here you have to prove yourself before people come and see you.

How did you join One Light?

I was in another project with two of the members from One Light called King’s Lounge. We started making music about two years after I came back from London and we all wanted to play in a band again and just write songs. King’s Lounge won a battle of the bands contest called Popkorn. After that we recorded an EP and had a few gigs, but as time passed we stopped having fun. Three of the members quit and the rest of us started writing new songs and looking for fresh blood to join. After a while we found both a bassist and a drummer and we were all set again!

How have the last few months been since you signed to Rexius Records?

Crazy. Our producer lives about three hours away from us  so we constantly had to drive back and forth to get the album finished. That has been a test of commitment and patience to say the least but we made it through and that really gave the group confidence. When everything was recorded it was a different story, everyone could sit at home or meet up in Helsingborg to listen to the latest mix or arrangement change and send feedback through emails. That is something that has helped us a lot (being a band where everybody has a full time job as well is hard as it is).

We had meetings every week with Rexius via Skype to keep everyone involved up to date. Talking about photo shoots, videos, cover art, merchandise, release dates. It's been an amazing experience really! Funny thing is that they actually found us and not the other way around. Their scouts found us and called us up. We thought it was a scam at first since we had no intentions at the time to sign a record deal for a whole album. Either way we decided to go to Gothenburg to meet up with them and felt that ”this is what we need to take the next step” so we signed a deal on one full album and two singles.

How has signing the deal helped you grow your fanbase?

At the start everything is just about business but it's been really interesting to finally see how the industry works. Something happens to you in other people’s eyes when you tell them that we signed a deal.

Getting a record deal is a strange feeling and you feel the pressure to deliver something really good. But that’s what you need. When there is no turning back, that’s when you get really creative."

How did you make your debut album?

When we got the deal with Rexius we had 22 demos laying in our Dropbox folder, so we went to Gothenburg for a meeting to decide which nine songs should be on the album. Then we went back home to Helsingborg and finished up the writing and arranging. We put all our time in to having this done since recording was going to start about a month after that meeting. Sounds stressful but again, when you get pressure like that you either make it or break it. Luckily we managed to finish it and sent the new demos to Rexius and they were really happy about the outcome. Then recording started and we went back and forth from Helsingborg to Gothenburg just tracking and working all day and night. We slept in turns and ate when we had the time, it doesn’t sound like a good time but it really was. We became so much closer and the songs meant a lot more since you really had to work for it.

What would be your essential advice for anyone at the start of their musical career?

Don’t give up and don’t do it for anyone else’s sake than your own. It’s so easy to go blind with opinions and people trying to talk you down - so just keep pushing and working and things WILL happen. And remember, the work is always bigger than the reward.

What’s next for you and One Light?

The album is out and we are currently planning our first European tour. We have been locked up for too long and we just wanna get out in the world and play shows! There are also a few songs already written for our follow up album that we want to release next year. Can’t wait for that!

Visit facebook.com/OneLightBand/ to find out more about One Light.

by Jim Ottewill
December 12, 2019
Creators
Back to Blog Home