Our MA in Songwriting alumna lets us in on her new record, 'All That You See'... 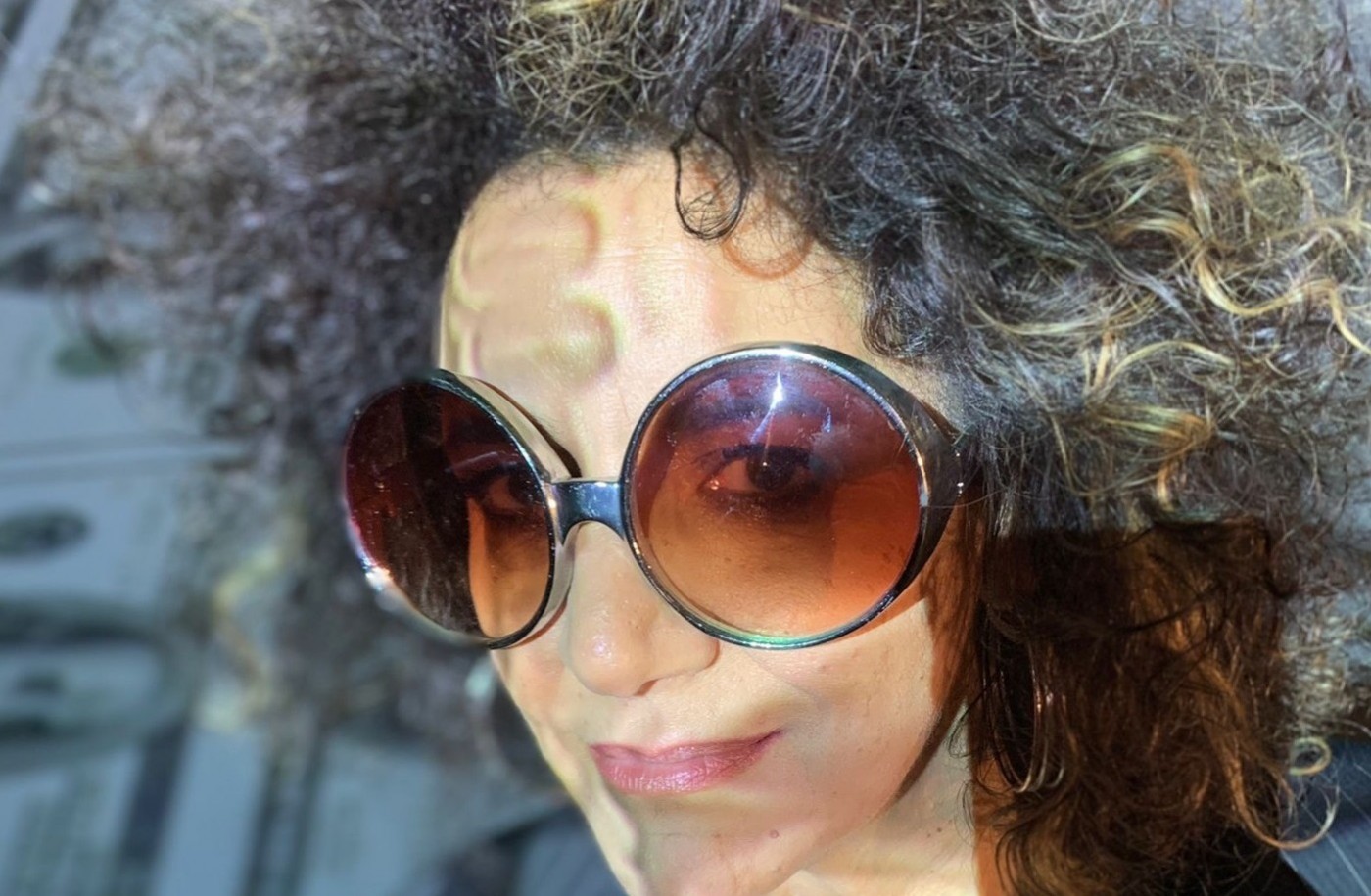 Now in 2022, and after completing her studies with us, Martha is embarking on the latest chapter of her musical journey with new record, 'All That I Can See'.

In our interview, Martha tells us about her time at ICMP and how it helped shape her latest album...

What was your way into music?

My older brother and I had guitar lessons from the age of seven because my mother wanted us to be like The Carpenters, the brother and sister pop act of the seventies. Our guitar teacher loved to sing and play folk songs from that time so my relationship with music began there, both singing and playing the guitar. It never occurred to me that the two things could be separated!

The most significant influences on my musical career were the women who pushed the boundaries of gender expectation. Karen Carpenter was my first influence. As lead singer in The Carpenters - aside from her sublime voice - she was also the drummer of the band - singing from behind the drum kit.

I’d never seen a female drummer who was also lead singer before and coming from my strict Greek background where my destiny, as a girl, was pre-determined to be a wife and mother, Karen Carpenter, showed me that women from other cultures were not restricted by gender."

Next, I came across Patti Smith who went a step further and offered a new image of a rock'n'roll woman, strong and in control. With her androgynous image and outspoken political edge, Patti shattered the boundaries of art, genre and gender.

On a musical level, I have been influenced by so many artists and genres; beginning with my love of the vocal harmonies of seventies groups of Motown, Beach Boys, The Eagles; alt-rock, the psychedelic blues based theatrical progressive rock of Pink Floyd, which opened out the traditional three-minute song structure; the simplicity of political singer songwriters; the study of classical music in my music degree which introduced me to a whole new world of musical possibilities and structures; as did studying jazz singers and jazz composers like Duke Ellington, Miles Davis and the rich colours found in world music arrangements.

Has there been a breakthrough moment for you with your music?

I’ve been a music maker since the early nineties and I’ve been quite lucky to have a few breakthrough moments.

My first breakthrough was in a songwriting partnership called Martha and Eve. We recorded three albums together after a string of TV, radio and touring successes as a music comedy duo in the early nineties. 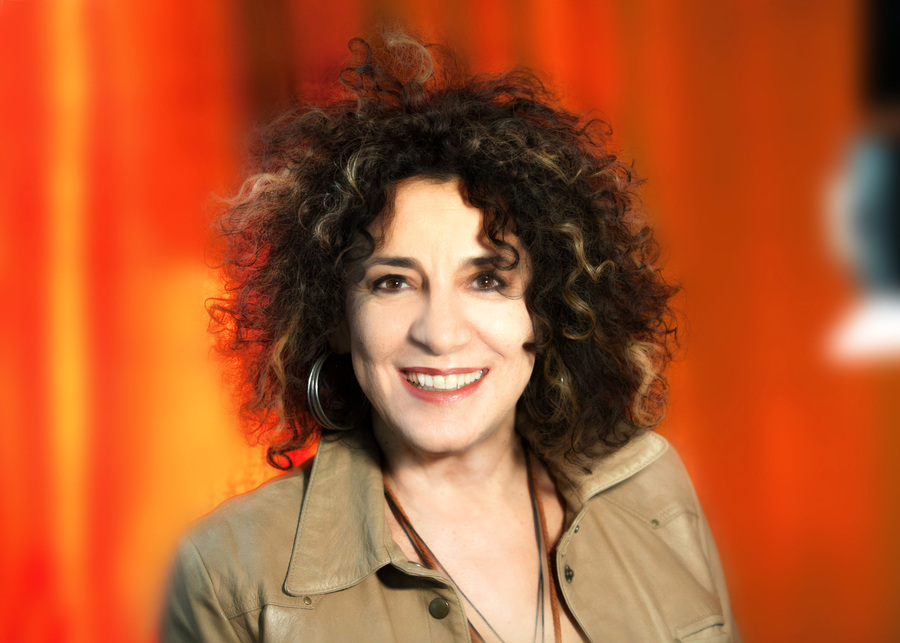 In the late nineties, I was commissioned to write a 30-minute piece of music by PRS, which was picked up by the BBC and broadcast in its entirety. This started a 15-year journey as a composer of world/jazz music.

Fast forward to 2021, I have just recorded my sixth album at Peter Gabriel’s Real World Studios with a high calibre of musicians including Ian Matthews (Kasabian’s drummer). The album was mixed by engineering royalty, Stephen W Taylor (the producer/mixer for Kate Bush, Stevie Nicks, Peter Gabriel Phil Collins). The experience of recording this has been another breakthrough moment, bringing together all of my musical influences. It has been described as indie jazz art-pop (with a nod to Patti and Karen!).

What led you to ICMP? And how was your time with us?

By 2017, I strongly felt that I wanted to return to songwriting, but I was unsure how to approach it having been on such a huge varied musical journey.

I applied to do the Songwriting Masters degree at ICMP hoping that it would lead me to a renewed relationship with songwriting and the course was everything that I needed and more!

I thought I was a seasoned songwriter before starting at ICMP, because I had written some 70 songs, but the course gave me the opportunity to put aside my career and notions of what it is to be a writer and start again."

For a whole year I wrote solidly, absorbing everything that I could about the art, craft and practice of songwriting. The most valuable take-away was learning to collaborate and the value of re-writing. Going to ICMP has given me a spring-board to my present journey and I’m very grateful to the great tuition that I received and the inspiration from my fellow students too.

Could you talk a little about the new album? What is the record about?

Following the course at ICMP in 2018, I returned to songwriting with a flurry of social political songs about the world around us. In early 2019, the writing abruptly stopped with the unexpected loss of my soulmate of 28 years. The loss deeply affected me and nothing would be the same again. Building a new life after grief, this album is a story of angst and losing faith, healing and gaining hope. So I would say this album - which is called 'All That You See' - is a journey of love, loss, healing and social commentary songs.

How was working at Real World Studios?

In December 2018, I was invited - along with around 25 other songwriters - to a songwriting boot camp at Real World Studios. It was an awesome experience to be at this world renowned studio. Just like being in Abbey Road or Angel Studios or any one of the other great studios of the world, you can literally feel the history of music within the walls.

I remember standing in the mind-blowing main control room at Real World Studios and taking a picture of the studio. I put the pic on my phone as wallpaper and I promised myself that when I recorded my album, I would record it at Real World Studios! I dreamed of being there throughout the writing process. By the time the songs were ready, the pandemic happened and the studio had closed, but once the studio had reopened, I managed to find a space and finally got to record .

It was an amazing experience, the staff and the engineers were awesome.

As it is a residential studio, something special happens when people are away from their home environment, the music making connection reaches a very different level. 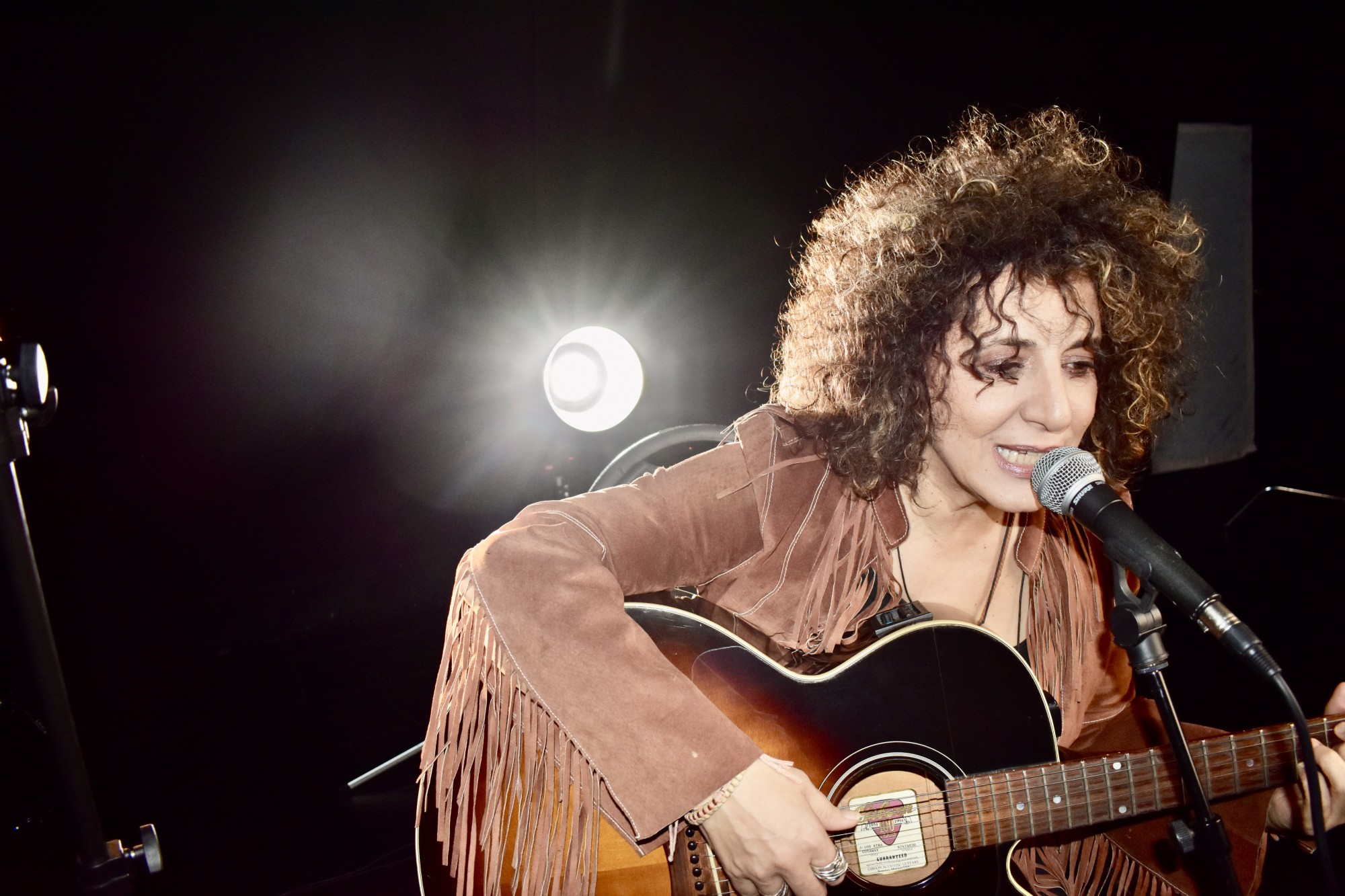 I was blessed to have in my band some amazing world-class musicians; my long-term collaborator and bass player Nick Cohen - who was also the album's producer; Aidan Glover on keyboards and Hammond organ and piano; Leon Stenning on guitar and of course Ian Matthews on drums.

We wanted to record the songs as ‘live’ (not layered) and so I recorded the vocals and as guide vocals only (because and the spill onto the vocal microphone was too much).

When I left Real World with the recording, I knew I had an album which showed incredible musicianship. The album could've easily been released without anything vocals. My task - as the main artist and writer - was to bring my voice into being part of the arrangements and so taking time on the vocals was really important so that the voice didn’t sound like an add-on.

I needed time to experiment with the lead vocals and the many layers of backing vocals, without any pressure, so I recorded my vocals back at my studio, Budd Music Studio in London.

For aspiring songwriters, what are your top tips/essential advice?

Start to compile a notebook of ideas, both musical and lyrical. Keep your ears and eyes open for inspiration, words on a poster, a phrase from a TV programme, these serve as great starting points. You don’t always have to think of writing a whole song.

Most successful songwriters that I have met write constantly and collaborate regularly. It keeps you open to finding new ways of working, which in turn help to avoid stale, same-old ideas."

Do you have any tips for artists about to work in a studio like Real World for the first time? How do you make the most of working in such a space?

In my experience the key to any successful recording session is preparation. Recording time especially at a top-end studio is very expensive, so write the parts for the musicians in advance (where relevant) to avoid wasting precious recording time.

Know the music and know what you want from the recording of each song. Even if you want to experiment, know that that is your intention. Some will think that being too prepared leaves no room for spontaneity to happen. But on the contrary, if you are as prepared as possible, then wonderful freedom and magic can happen.

Recording a ‘live’ sound (where the band are all in the same room) you will need as much ‘separation’ as possible in the recording of each instrument, so that you can maximise the post-production/ manipulation possibilities. The engineer will advise relevant mics and best separation techniques for the space.

Finally, I'd like to say thanks so much to ICMP tutors and fellow students who provided the springboard and much needed new blood injection.

For those who have worked for a while in the business it can be exhausting to keep on re-inventing. I thoroughly recommend coming out of your comfort zone and taking time-out to recharge, learn new ways and skills and absorb new energy. It’s been a mind-blowing game changer for me.

You can pre-order 'All That You See' here.

by Jim Ottewill
March 29, 2022
Creators
Back to Blog Home