Indian singer songwriter Mohit Mukhi lets us in on his musical journey from Mumbai to London and beyond in our new interview... 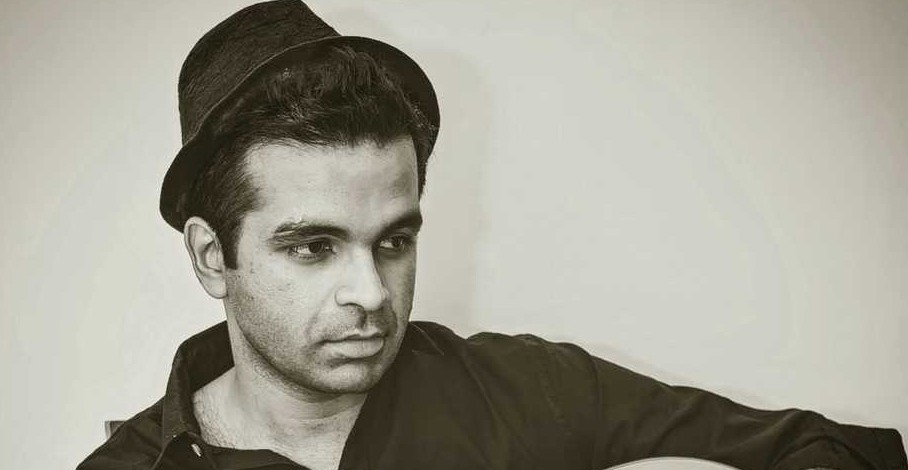 Indian singer songwriter and ICMP alumnus Mohit Mukhi started off his creative journey in the world of film before turning to music.

The silver screen's loss is the musical world's gain with Mohit applying a personal, conversational touch to his songs. He came over to London to study guitar with us at ICMP from his native Mumbai to up the musical ante before heading back home to continue finessing his songs.

Now back in the UK for a brief tour, we caught up with Mohit to learn more about his music, India's music scene and what's next for this talented artist...

How did your songwriting journey begin?

I was initially pursuing a career in filmmaking and wanted to write for films. I even wrote and directed a couple of short films back in the day. A couple of years into it I figured that the medium wasn't for me and I started playing guitar.

The idea was always to write songs and tell stories. The one song that really shook me was 'Stop This Train' by John Mayer. I was blown away. I'd never heard anyone be so brutally honest about their fears and insecurities in a song. I've been an anxious and fearful person myself and not often had the courage to talk about it. I think this song gave me the courage to express myself as honestly as I could without having the fear of being judged. That guitar sound is so pretty too.

Initially when I was starting, I used to write tiny essays and turn them into songs. Now I'm a lot more flexible in my approach. One thing that hasn't changed is the importance of having an idea. I don't think I can just pick up the guitar and rattle out words without knowing what I want to say. Even if I don't have the words I'm often trying to gauge the story and then work around that.

I was thinking of coming to study In the UK back in 2012-13 but was unsure about the school. I'm a fan of Justin Sandercoe's online lessons and he spoke very highly about ICMP in one of his blogs. That's why I decided to come .

How was studying at ICMP?

It was absolutely amazing. The place is bursting with talent with so many amazing teachers and well designed courses.

London is a very inspirational city. I was just in the right headspace at that point and used to go out to gigs and be absolutely blown away by the songs people were writing. They inspired me to write and some of these songs made it to my first album , 'Running Shoes and A Thousand Dreams'.

You're back in London this week on tour - could you explain a little about how it came about and what the motivation was?

Ever since I returned to India I wanted to come back and play here in the UK as I played some gigs when I was studying and really enjoyed myself. I have been extremely fortunate to have recorded a couple of albums in the last two years so felt it would be a good time to tour the UK. I started randomly sending my music to venues and promoters here and was pretty happy with the feedback I was getting so it seemed like the right time to return...

The music scene back in India is growing steadily. We obviously don't have as many music venues as London where I live in Mumbai but it's a steady scene with its fair share of talent. Along with the bigger venues, tiny intimate living room gigs are growing rapidly. Sofar Sounds have gigs in maybe eight cities if im not wrong and that is a wonderful thing as artists who prefer these spaces now have a platform. There are a bunch of festivals that have grown since their inception and all of these have started off within the last eight to 10 years. I feel it's only going to grow further from here which is a big positive.

What's the best piece of advice you received around your songwriting career?

I think just to embrace myself with all my imperfections and tell my story. Just be honest about who I am and what I have to say.

Despite the ever growing music circle, there is no substitute for honesty in songwriting. It will resonate with people at some point. You just have to be patient and wait your turn."

Honestly, I'm not making too many long-term plans at this point. I just want to keep improving , writing more music and record an other album. Playing as much as I can and hopefully come back to the UK in 2019 to play more gigs in different cities.

Mohit is on tour in the UK this week - visit his Facebook page to find out more.

by ICMP staff writer
July 10, 2018
Creators
Back to Blog Home