Our songwriting student turned tutor tells all about her new LP,
'Letters Under Floorboards'... 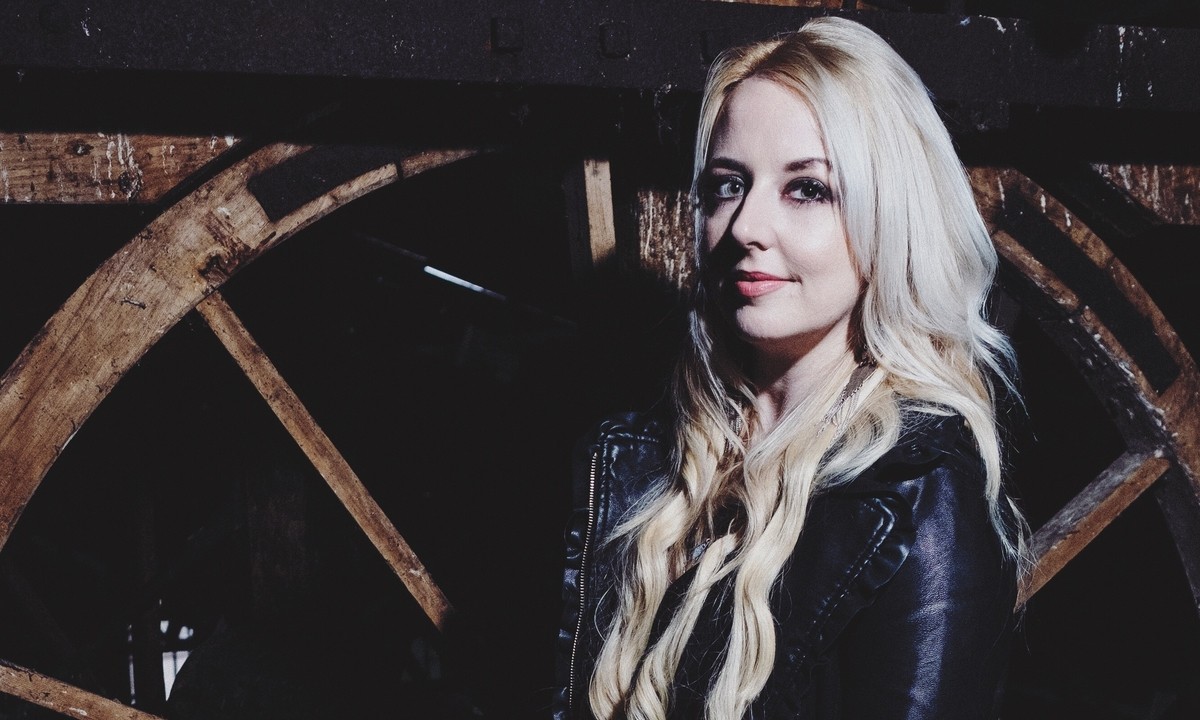 As a student turned tutor, songwriting talent Hannah Rose Platt has experience of both sides of ICMP's classroom.

This insight has stood her in good stead for a career as one of British Americana's most intriguing new artists.

With her new album, 'Letters Under Floorboards'  due for release this October and some extensive touring ahead, Hannah's music is set to be heard by more music fans than ever before. Alongside her own headline shows, she'll also be joining Americana legends, the Long Ryders on tour.

Ahead of the release of her new record, we quizzed Hannah to find out more about how the album came about, her time with us and what her musical future has in store...

How did you start your songwriting career?

From an early age I’d played guitar and was always obsessed with writing stories and poetry. However, it never occurred to me to put those two interests together until the age of about fifteen. A youth worker who was (and still is!) a lovely songwriter and artist used to come to my school to run band workshops with us. She saw that I could sing and play guitar and offered me a slot at a professional gig at a theatre in Liverpool city centre but on one condition; the song had to be original. I wrote a song to play the gig and have never looked back really! I was addicted.

In terms of influences my parents’ record collection consisted of everything from the Velvet Underground, to Nirvana, to Buddy Holly, Bowie, the Pixies and Neil Young and many more. I pretty much absorbed everything they had. Female songwriters such as Tori Amos and Joni Mitchell were of course major influences, and the alt-country bands of the nineties such as the Jayhawks and Whiskeytown. My favourite lyricists are Tom Waits and Nick Cave … both are huge inspirations. For me, listening to their songs is like watching movies playing out as they sing. I always feel fired up to write after listening to either of them!

What led you to ICMP to study? And how did you find your studies with the college?

I’m from Liverpool originally, and, as much as I love the city, I wanted a change and to experience a bigger place. So I was excited about the prospect of living in the heart of the UK music industry. I had a couple of years out after A-levels and felt I really needed and wanted to study something musical somewhere new. I actually auditioned for the BMus, and then learned about the songwriting course upon my first visit.

The ICMP course felt like absolutely everything I wanted to focus on. I loved studying at ICMP, it felt like such a luxury to have that time that I could totally dedicate to writing and development."

What were the most important things you learned at ICMP?

The discipline to finish things (songs) was a huge one. Also learning that most songwriters/musicians have the same insecurities about their creative output and career worries. I definitely learned the importance of sharing and talking about those insecurities and worries in order to keep healthy, to keep motivated and to keep positive.

Could you talk a little about your time after your studies? How did you become a tutor on the BA Songwriting course?

After graduating I released my first EP ‘1954…And Other Stories’ produced by ICMP's Paul Stanborough. I self-released the EP and learned an awful lot. Soon after I flew out to Nashville to make my first full-album ‘Portraits’ which was an amazing experience. I got to work with some incredible musicians including Stuart Duncan (fiddle player for Dolly Parton and Robert Plant and Alison Krauss) and Mark Fain (bass player for Sheryl Crow).

These experiences gave me a wonderful confidence boost as an artist and a writer, as they were all so lovely and enthusiastic about the record. I self-released again and it received wonderful reviews and opened up many opportunities for me in terms of touring, festivals, radio play and TV syncs. I started teaching on BA songwriting first on the Creative Process module while I was writing and recording my upcoming record. I absolutely loved being back, and it was so interesting to be on the other side of the curtain! I am currently studying the MA Songwriting part time too. It’s fascinating to have both the student and the tutor experience at the same time. It definitely enables me to empathise with my current students especially around assessment time…

And how has teaching fed into your own artist material?

Teaching keeps me disciplined and keeps my approach to writing fresh. I have to practice what I preach!

The BA Songwriting students are all so inspiring. It’s a wonderful, creative environment which automatically encourages me to keep trying new things, to keep writing, and to keep learning new and exciting techniques that I can both put into practice share with my students."

Could you talk a little about your new record - what is it about and how did you make it?

My new record is entitled ‘Letters Under Floorboards’. It is released on October 25th and is a collection of fictional, non-fictional (historic) and my own personal stories all of which have been kept a little ‘hidden’ or ‘under the radar’. I co-produced it with Thomas Collison (AMA UK Musician of The Year). The arrangements are much fuller than the previous record, he and I played most of the instruments on it between us. It also features a few guest contributions from musicians in the UK Americana scene (Henry Senior on pedal steel, F. Scott Kenny on drums). The songs and the sound are a little grittier and darker, and for the first time I have a label and distribution behind it which is wonderful. I’m really excited for its release and to share the songs with people!

How did you get the touring slot with the Long Ryders?

Sid Griffin (writer and front man) and I met at the Troubadour in Earls Court a few years ago. He’s a writer and broadcaster as well as a musician and his band the Long Ryders are often described as the ‘band that invented Americana’ in the eighties, fusing country melodies and storytelling lyrics with punk and rock sensibilities. We were introduced by Mark Fain who had recently played bass on both of our records. Sid was a real champion of ‘Portraits’ and gave it a lot of support. He also features on ‘Letters Under Floorboards’ as the voice of the father in the song ‘I Will Tell You When’ which is a father/daughter duet based on Laura Inglalls Wilder's childhood account of experiencing the locust plagues that hit the US in the 1800s. The Long Ryders have just released their first record in decades and I’m incredibly grateful to Sid for being invited out on the road to open for them.

For any new students joining ICMP, what would your top piece of advice be?

New ICMP students need to say YES to things; to going to gigs, networking events, masterclasses, EVERYTHING. The time will go by so quickly, so nourish your musical self with everything that is available to you while you can!"

We are having an album launch celebration at The Water Rats, Kings Cross on Sunday November 3rd which everyone is welcome to join! It’s going to be a beautiful evening, a full-band show including a special guest opening solo set from Michele Stodart of The Magic Numbers.

I’m excited to start working on the third record pretty much as soon as ‘Letters Under Floorboards’ is released! And I’ll also be touring the record in the UK in October and November and in Europe in February. Playing in the band also are ICMP alumna Craig Watts (guitar) and ICMP tutor and bassist Freddie Draper so we are all very excited to get back out on the road!

Listen to Hannah's new album, 'Letters Under Floorboards', via Spotify below. Visit Hannah's Facebook page to find out more.

by Jim Ottewill
October 16, 2019
Creators
Back to Blog Home