We get to know our alumni and one of London's hottest new rock and roll bands... 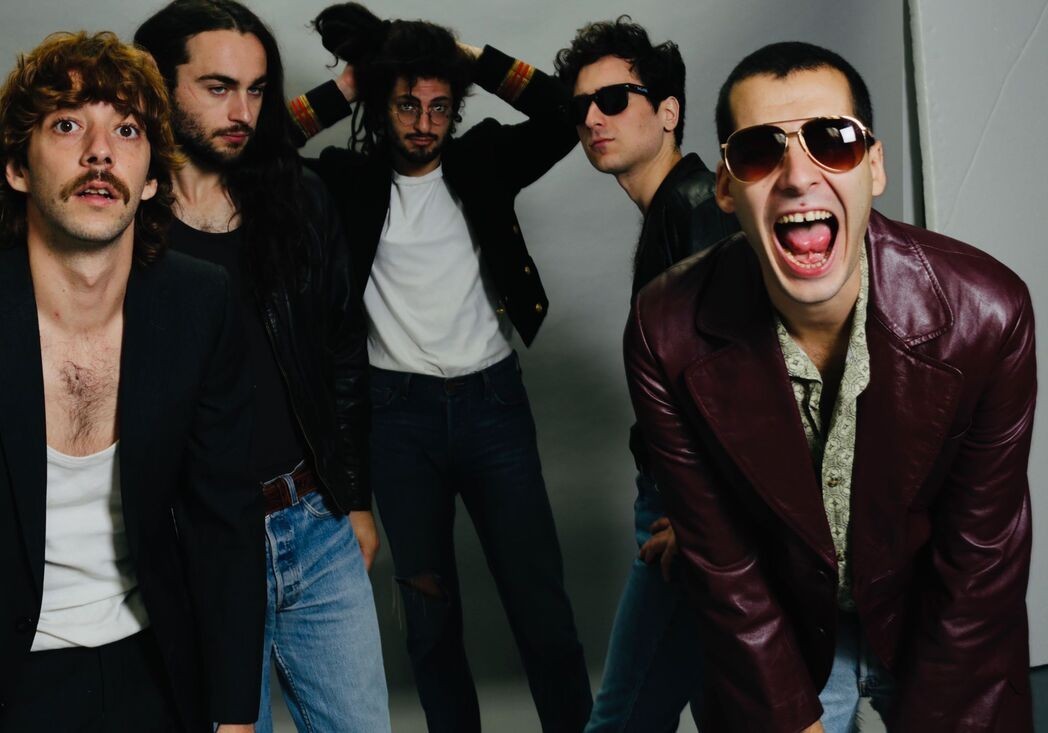 With Creation Records' Alan McGee dubbing newcomers The Gulps as "the best band I've signed since Oasis", there's plenty of hype and expectation around ICMP's alumni to succeed.

But with a string of striking releases to their name, plus live-wire shows with indie legends Ash and in Margate at the Libertines' venue, The Albion Rooms, under their belt, it's all looking exciting so far.

Ahead of their sold-out London show at Paper Dress Vintage in Hackney, we catch up with Harry (vocals/guitar) and Raoul (drums) from the band to find out more about their whirlwind of success, how ICMP brought them together and what 2022 has in store...

How did the Gulps get together?

Harry All (HA): Charlie and I, the other guitar player, grew up together in a small town in Spain.

Our big influence has always been English music and the dream was to come to London to form a band. We came here, went to ICMP, met and decided to do it. I was studying the Higher Diploma with Francesco [Buffone/guitar] and Simon [Mouchard/bass].

Raoul Khayat (RK): We met at ICMP and just bonded over bands and records that we liked. I was doing the BMus in Drums and joined ICMP before the rest.

HA: I studied on a guitar course, and much of my time was spent improving my skills on the instrument, then meeting other like-minded musicians.

It was great as I achieved what I wanted to do which was creating a band. There was a cool vibe at the college.  Now we’re learning more and more as we’re living and breathing the industry."

RK: For me, the drum tutors I really enjoyed were people like Gabor Dornyei. The main thing was about making contacts alongside learning how to be on stage, the versatility of music. Even the environment was great for creativity.

Did you have a plan for the band after you left ICMP?

HA: My first year in London, I was just washing dishes for an hourly wage. I wanted to create a band. Now we’ve achieved this, we’re rehearsing, going to gigs. Our mindset is about the band 24/7, seven days a week. I believe it’s something you have to maintain if you want to succeed.

RK: We’d be in Camden playing gigs all the time, meeting more people, rehearsing. There was never a master plan until a few things happened and it changed the game.

HA: We’ve made plenty of mistakes on the way and we’re still continuing to. But that’s how you learn through mistakes, then change how you do something next time around. This is how you grow.

Have there been any breakthrough moments?

HA: When we went to the studio with Youth for the first time, that was big for us, we learned a lot from him.

Then through festivals - we won this competition to play the Mad festival in Madrid - this was great. Then a few months ago when Alan McGee came into our lives, it was amazing. Now, every day there is something new to get excited about. Since he came on board, we’ve got a booking agent, a publisher, we’ve been on tour and constantly working. We’re full time on the band, constantly rehearsing. It’s amazing as we all believe in rock and roll.

How did you meet Alan McGee?

HA:  Francesco met him in Borough Market, he followed him until he convinced him to be our manager. He said no the first time, but then we managed to convince him to take us on.

RK: He kept hearing about us from other people and in the end, there was this momentum which he couldn’t say no to.

HA: Bobby Gillespie from Primal Scream supported us. At some point, Alan just had to give in and now we’re an amazing team.

Have there been any key gigs?

HA: Going on tour with Ash was amazing, we were playing proper big venues with them - like the Roundhouse and O2 in Manchester. We've played at some festivals but this was different. We enjoyed the big stage and massive sound.

We also love playing the smaller venues too, when people know the songs and us. When you go on tour with a big band, you have to win over the audience but hopefully, it’s a good way of expanding our fanbase if they like the show.

Has getting a team in place been important for you?

HA: Yes, definitely, we have a lawyer and booking agent so it feels serious now.

There’s a step before you start getting your team together when you get the band sounding great - you need the right energy and live set. It's from there that everything comes into place."

HA: This takes a lot of time to get right - for some, they do it quickly. But lockdown was good for us in some ways, it meant we could really focus on the band, get tight, write songs every day. We became a different band during lockdown, then at the end, we had McGee manage us. We were really pleased we had that space to get really tight. It was just us in a room rehearsing and writing.

HA: We’re playing in London then in January, we go on four dates with Cast. We have some great shows lined up. Then hopefully festivals next year. It's all about maintaining momentum. We need to keep going and get more plans in place.

Listen to their latest track, 'Stuck in the City', below:

by Jim Ottewill
December 13, 2021
Creators
Back to Blog Home