We learn how our MA Songwriting alumnus inked a deal with Universal Music Publishing... 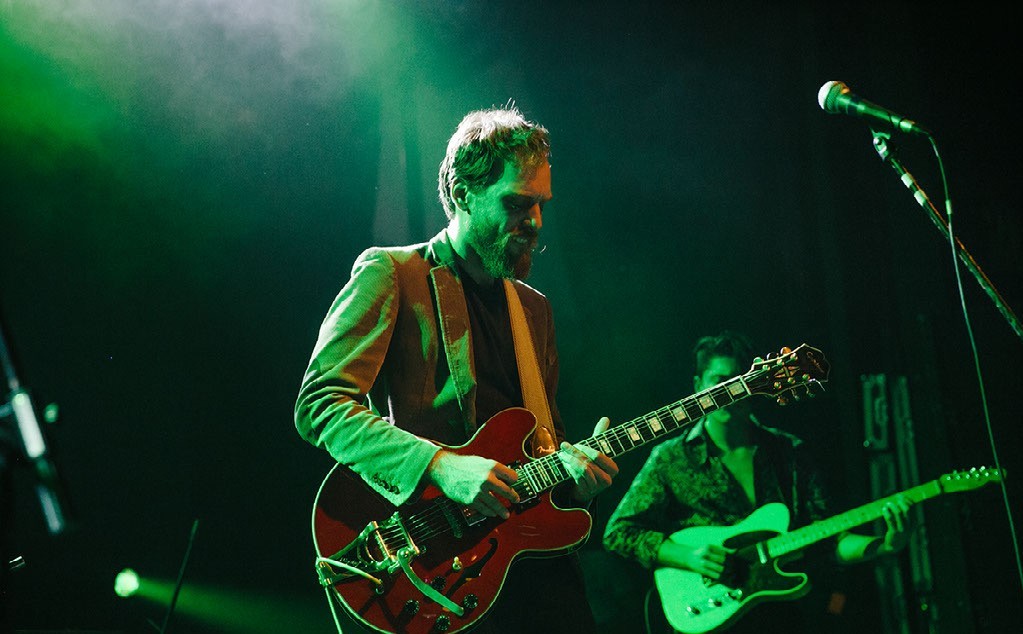 London-based singer songwriter George Gaudy is enjoying a musical career very much in the ascendance.

Over the course of numerous albums, EPs and singles, our talented MA in Songwriting alumnus has landed himself a deal with Universal Music Publishing, a move which should create more opportunities for his music to be heard.

Having headlined festivals, supported the likes of the Fun Lovin' Criminals and recently released 'Little Pieces', an album written and produced during his time with ICMP, George's songwriting talent is no doubt. Here we quiz him on his musical career and what a publishing deal will do for him and his music...

Congratulations on getting a publishing deal. Could you explain a little about how this came out?

After my song ‘Mother’ was used as the main theme of the TV crime drama ‘Eteros Ego’, I got commissioned to write for the second series. In the meantime the show became a hit, and got syndicated internationally, so I was approached by the publishing department at Universal to sign an exclusive deal with them. I think it is a combination of persistence and luck, as many things are in life.

What does this kind of deal mean for a songwriter like you?

It means that my whole back catalogue of two LPs, one EP and several singles will be pitched to TV, film and advertisement. Additionally everything I write or compose for the next few years will be exclusively pitched by Universal Music Group.

What opportunities are you hoping it will open up?

I really hope I can be a TV or film composer, which is a childhood dream of mine. I also hope that my catalogue will reach more and more people, and, Covid-19 permitting, will open up international avenues for gigs and collaborations.

Could you talk about your time at ICMP? What led you to study with us?

I actually came to visit a friend that was studying the guitar course at ICMP. I liked the atmosphere and vitality of the school so much, I decided to apply for the MA songwriting course. I figured that this could be a perfect opportunity to use my life experience to further my studies, as I had already been working as a songwriter.

The ICMP course definitely made me more professional in my approach of writing songs, and facilitated my creative process greatly."

And how has your time been on the course?

I met people from different cultures and diverse backgrounds I wouldn't have otherwise and got to work with them. I had the privilege to study under amazing teachers and had a taste of the emerging London scene. Not too bad!

What musical projects have been keeping you busy both in and outside your course?

My latest LP 'Little Pieces' was entirely recorded and produced during the course at ICMP. I also composed some music for theatre, the themes for the TV show, pitched some new songs for publishing and started working on my next album. Additionally some collaborations with Greek and UK based songwriters - and an instrumental piano-based EP that I was putting off for some years now.

Hopefully a lot of composing, recording, teaching and touring. I am also thinking about further study in musical composition, so I can be more up to date with current practices and trends.

What's the best piece of advice you've received about music?

by Jim Ottewill
August 21, 2020
Creators
Back to Blog Home