Our MA Songwriting alumna tells all on her exciting new project as an emotive singer songwriter. 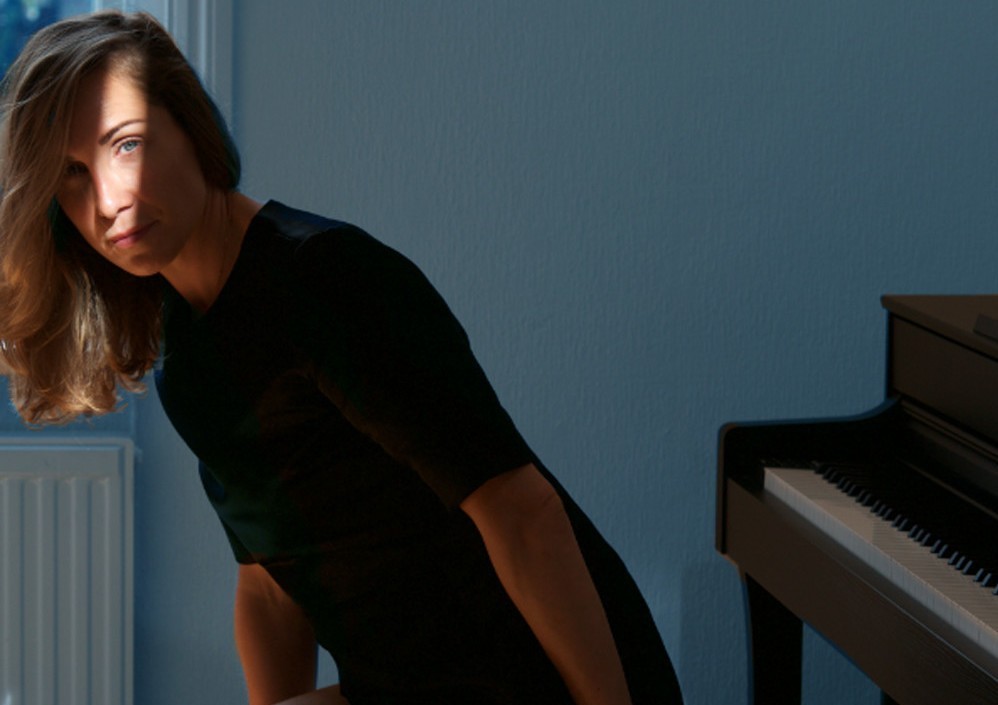 Our MA Songwriting alumna, Emily Richou has many musical strings to her bow.

Brought up in Paris, now London-based, Emily has made a name for herself in the world of electronic music as Moggli. She's worked with the likes of Maya Jane Coles and performed at the Showcase Club in Paris.

Earlier in the year, Moggli had a track featured on Universal's compilation '100% Her' , a compilation released to celebrate International Women's Day. While Moggli will be making a few reappearances in 2020, Emily has since turned her focus onto a new dream pop project. As Emilee, she's now gearing up to release her own new solo material.

We caught up with Emily to find out more about her various projects and secrets for songwriting success...

I actually started with ballet at an early age. Then realized it was primarily music that moved me, so I started training my voice and singing. Songwriting gradually came along in my teens and adulthood.

Was there a person or record who first inspired you?

Oh, I’ve listened to SO much music. I’ve absorbed it like a sponge and used it as a way to escape reality. I love music and artists from all sorts of genre and atmospheres but I always pick up on quality and originality (from Bootsy Collins to Serge Gainsbourg via Sade, Debussy, Satie). I love emotional music!

One of my biggest inspirations is human behaviour. I feel people can be mirrors and I like taking inspiration from them as well as exploring my own feelings and emotions."

I also get inspired by music which takes you on a journey.

Was there a breakthrough moment with your music?

It’s been a constant exploration and new discoveries have come every step of the way. And they keep coming. I knew from the start that I wanted to make music. I needed to write songs to express my feelings and try and understand my surroundings, explore my emotions and find my place in the world.

I wanted to go back into songwriting after a break where I explored electronic music as DJ/producer. I wanted to meet and connect with other musicians and songwriters and find a community of like-minded musicians. I’m pretty sociable but quite reserved when it comes to sharing my music.

When I started out back then, there were no schools or songwriting courses. I wrote songs as a personal need and didn’t even really know I was a songwriter. ICMP felt just right in terms of helping me explore my creativity and adopt a more analytic approach to songwriting. The whole ICMP structure (from the admin side to the technicians and tutors) really blew my mind. They really care about their students and were always there to offer help and guidance in a benevolent way.

Could you talk a little about your time in Paris? Your bio refers to appearing as a singer around the time of Phoenix and Daft Punk?

Oh, where did you read that, it’s quite a secret. But, yes, I used to sing in a band very close to the Phoenix and Daft Punk members. The French Touch Scene in Versailles was just emerging and was a big mix of musicians and friends passionate about music. We all hung out together. It was good fun and creative!

You've also released plenty of music as Moggli - how did you end up collaborating with the likes of Marc Romboy and Maya Jane Coles?

Moggli is an alias I use for my electronic music project. It all came together very naturally. I just fell in love with underground electronic music, it gave me a sense of freedom which I’m always looking for from my music. I worked at the Showcase Club back then in Paris (the French equivalent of London's Fabric) and was very fortunate to meet and listen to some of the best DJ/producers in the world every weekend. I then gigged and collaborated with some amazing artists such as Maya Jane Coles, (Maya actually features on my new EP too!) Andrea Oliva and Shlomi Aber. DJing and traveling around Europe for five years was a great experience!

How have your experiences within electronic music and as a DJ informed your songwriting?

My writing process is the same in electronics as with pop music. It’s very spontaneous and comes very naturally to me (I think I might have learnt songwriting in a previous life!). The music flows quite unconsciously. The editing part is not quite as unconscious. It involves long hours of exploring different structures and ideas. I research until I know it sounds right to me.

Could you talk a little about your new project as Emilee? What was the idea behind this?

Emilee is a long-term project with a strong musical story.

I offer a glimpse into my own world, a reflection of inner landscape and atmospheres. My upcoming EP, ‘The Extra Ordinary’, will be released on the 6th November, with a first single ‘Mely Out of Reach’  out now.

My sound is described as playful and nostalgic, with a twist of deep, strong emotions and a singular vocal signature. ‘Coming out of the shadow’ is a recurrent theme in ‘The Extra Ordinary’, with aspects of reaching out and going from the inner to the outer world running throughout the five track EP. The album tries to act as an ode to existing and life itself. The title, ‘The Extra Ordinary’ , suggests that “the unalterable uniqueness of every human being lies in the spirit" ['De L’âme' - François Cheng], providing the ultimate juxtaposition of humanity, by showing how we’re all the same yet also different. Hopefully it will take the audience on a nice journey and invite everyone to connect with our inner selves.

The Universal compilation is a great recognition of my work. I entered a contest and was one of 10 female producers picked out of 470 global applicants for the album, released on International Women’s Day earlier this year. My track, ‘Fields of Glee’, is featured. It’s amazing to be on there!

What's the best of advice you've received about sustaining a career in the music industry?

I never really had any advice on it to be honest. I had to learn by myself and it has been a long journey but the results are beginning to sound great.

My advice would be to never give up. If you think your music is special, believe in it and share it. Work and trust in life. In my opinion, it’s a marathon, not a sprint!

What would you advise to any of our new students starting their first academic year?

Work and enjoy the process of learning. Hang out with the best. Challenge yourself. Be the first to arrive in the classroom, be curious - make the most of your tutors and the amazing team. Try to make true friends, network. Play your songs as much as you can!

What projects are keeping you busy? And what's next for you?

Look out for single two ‘Rodeo’ and it's cool video out on the 9th October. The EP ‘The Extra Ordinary’ (vinyl and digital), including two great remixes, will be out on 6th November. I’m also really excited about exploring live performing (as soon as we can.)

People don’t really know me as a performer but I’m excited to get out there eventually. Moggli also has a vocal collaboration out on 16th November with a remix from the Dj, producer Luciano. I’m also teaching music in my own way and finishing some more music as Emilee, some of which was started during my masters year at ICMP.

Listen to 'Mely Out of Reach' below:

by ICMP staff writer
September 25, 2020
Creators
Back to Blog Home