We quiz our tutor on his new album and how he played at President Barack Obama's dinner party... 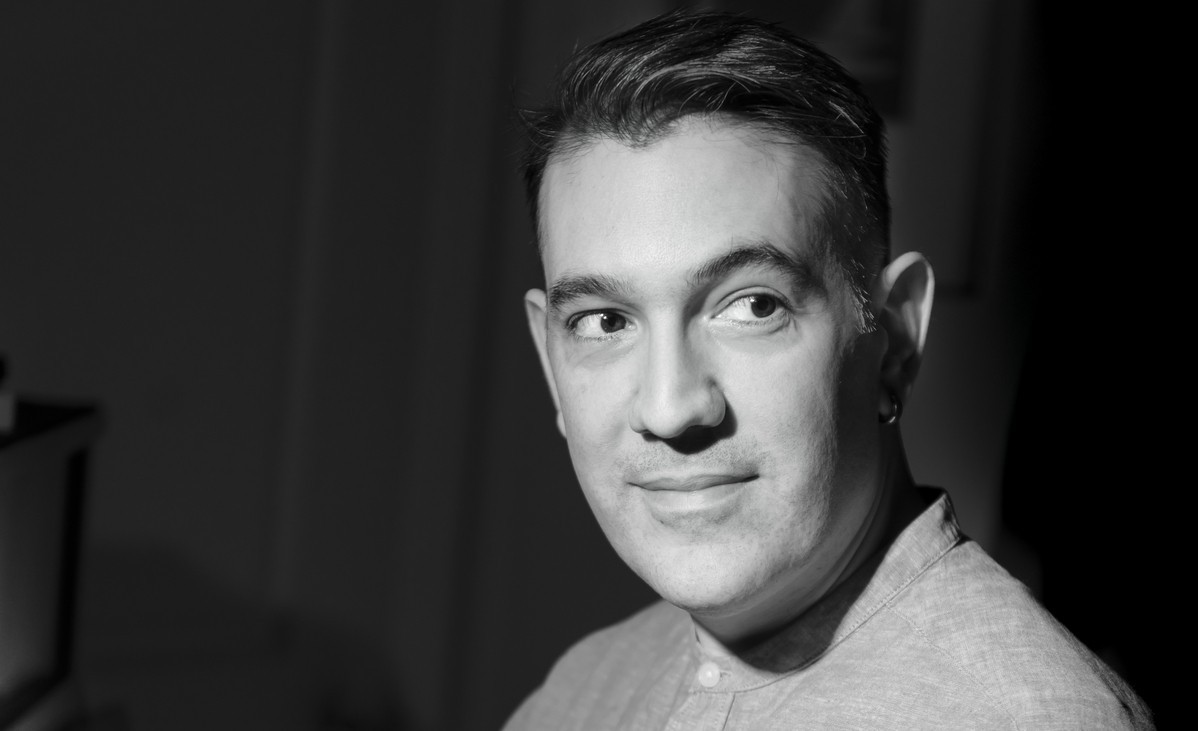 As you might expect, ICMP tutor Bruno d'Ambra is a brilliant musical talent kickstarting 2021 with a new album.

His forthcoming release, 'Vesuviana' , is a collection of piano-led jazz compositions recorded at The Bunker in Welwyn Garden City with his trio.

It's an inspired record and the latest chapter in a career which has seen him become a fixture within the capital's jazz scene. Not only has he been a regular performer at the likes of Ronnie Scott's and the 606 Club, he's been with us for ten years as a lecturer, also holding an MA in Music Performance from ICMP.

We caught up with him to find out more about the new record and he ended up performing (and delighting) the Obamas... and you can watch Bruno performing a live stream here from 8.30pm on 22nd January...

How did you begin your musical journey? ​

We had an old upright piano in the flat where I grew up and, although neither of my parents could play, I was always attracted to it from as early as I can remember. I just enjoyed fooling around on it and obviously had no idea of what I was doing at first. I just viewed it as a special, magical toy.

Was there a person or record who first inspired you?

​My parents music collection wasn't very extensive, but I remember being very fond of my mum's tape of John Lennon's 'Imagine' album.

What drew you to jazz? Who are your biggest influences within the musical genre? ​

Initially it started as a deliberate decision to improve my musical knowledge and instrumental technique when I was in my teens - after having been growing up on a healthy diet of classic r'n'b and rock. At first, I knew nothing about jazz, except that it sounded complicated. But I was determined to learn, so I found myself a teacher, and slowly started to understand and appreciate this amazing art form.

I love the freedom of expression that one can find in improvised music. But I also love the discipline that comes with jazz, the importance of listening to the what the other musicians are playing and reacting in a meaningful way."

In terms of influences, there are too many to mention, but if I had to pick one, I would say pianist and composer Herbie Hancock: as well as being a phenomenal musician, his attitude and openness to different styles of music is a true inspiration. He's a jazz living legend but he's not a jazz snob, and he's always been a trailblazer when it comes to experimenting with and fusing different genres. I mean, I look at lots of our contemporaries like Robert Glasper, Alfa Mist etc. and can't help seeing the musical lineage going back all the way to Herbie.

What led you to London to further your musical career?

​It's a funny story, really, as I had no intention of moving to London particularly. Initially it was supposed to be a few months working holiday just to learn to speak English. Then I started checking out the music scene, going to jam sessions, making friends, being offered my first few gigs ... and that was back in 2000!

Could you talk a little about your new record? What inspired it and how did it come about? ​

The album 'Vesuviana' is a collection of original compositions that I have been writing over the years. It's a sort of musical diary, where each tune was inspired by a place, a person, or a situation in my life. I wanted to celebrate my musical journey, paying homage to the great jazz piano trio tradition with a nod to my Neapolitan heritage, which has a strong influence on my writing.

I have been wanting to record a piano trio album for a long time, as I feel it's important to document my creative output in a musical setting that I love and that I feel great affinity with. After postponing it for years, I finally found in Jason Reyes (bass) and Emiliano Caroselli (drums) the ideal rhythm section for me to realize this project with. They are both exceptional musicians, but there is also a mutual respect and trust between us, which I think are the most important things when playing improvised music.

How was working with Haydn Bendall?

​Haydn is an amazing recording engineer and producer with an incredible career, and I feel very lucky to call him a friend (it was actually his idea for me to record the album at his studio!). He's old school, what matters the most to him is the integrity and honesty of the playing. For Haydn it's all about capturing the vibe of the performance and when it comes to the mechanics of recording, he's a real master - he's got ears like a bat and his knowledge of sound, acoustics and microphones is supreme.

So, when it came to mixing the album myself, my task was made so much easier by of how well Haydn engineered the recording.

What led you to ICMP? And how have you found your time with the school?

​I started at ICMP covering for another tutor at first and was then offered to join the faculty on a more regular basis once they started expanding the different courses. I have been teaching at ICMP for over ten years now, and I've been loving every minute of it.

What I enjoy the most at ICMP is the rapport with the students: I love sharing my knowledge and skills, but I'm also constantly humbled and inspired by the raw talent of many of them."

How has your teaching fed into your other projects?

I think teaching has taught me (pardon the pun) to be more organized and to communicate my musical ideas more quickly and efficiently. I've found these qualities to be invaluable especially as a bandleader.

What would be your essential advice for anyone looking to launch a music career in 2021?

​Well, the basics is always practice, practice, and more practice: strive to be the best you can be on your instrument. But it's not just about technique: cultivate your own individual voice, because that's what will potentially set you apart from the rest.

Also, stay curious, learn new skills, be resilient. Be prepared for setbacks, but don't let people and adverse situations bring you down. Instead, try to see the positives and the opportunities around you - there's always more than you think!

Outside of your own artist work, what have been the most memorable moments from your career? Have there been any particular artists you've loved playing with/for?

​In terms of memorable, it's got to be President Obama's dinner party in London in 2011, when I got to play cocktail piano (hardly an 'artistic' endeavour) in a room chockablock with celebrities, royals, and politicians. And when Michelle Obama asked that I extend my set during dinner because she was enjoying my playing, I mean, that was surreal.

But apart from the glitz and the glamour, one of the experiences I am most grateful for, and from which I learnt a great deal, it's been working as a sideman on recording sessions in Abbey Road and Metropolis under the direction of Haydn. Just watching him running a session is a masterclass not just in music and recording technique, but also in people-skills, professionalism, and how to get the best out of musicians in a pressured environment.

What does the rest of 2021 have in store for you and your music?

​I'm planning on releasing a couple of EPs, one is a jazz-funk groove-based thing in which I play organ, electric piano, and synths. The other one is an experimental, improv-based Hammond organ and drums duo with drummer and old friend Roy Pfeffer.

Aside from creative projects, I'm also working on a YouTube series of pop piano and keyboard tutorials, which I'm hoping to launch in the Spring, and meanwhile I am busy with my online recording business, mysessionband.com, which provides remote recording and production services for songwriters and composers.

by ICMP staff writer
January 20, 2021
Creators
Back to Blog Home