We quiz our alumnus on his songwriting success and how his music has soundtracked 'Made in Chelsea'... 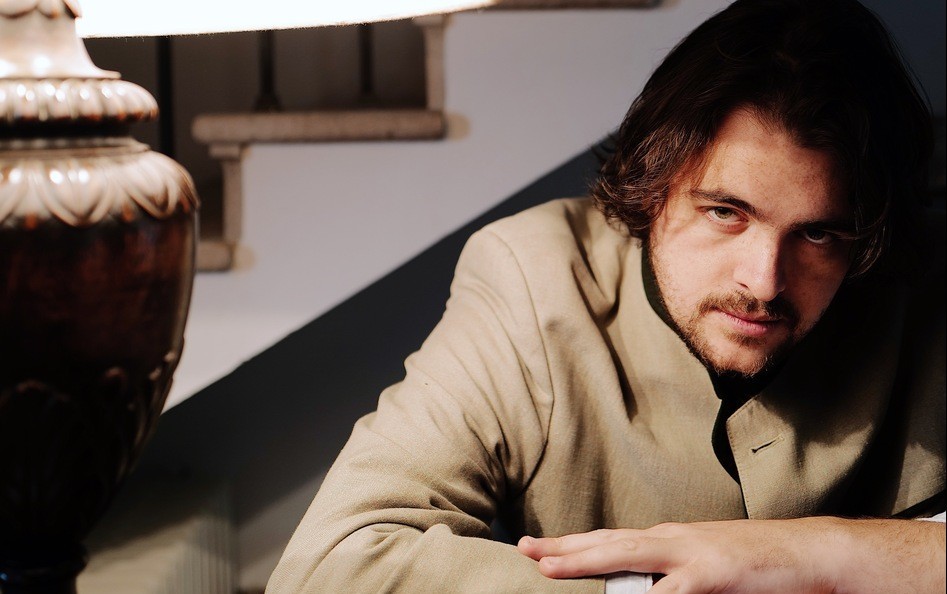 Our alumnus Antonio Grifoni records and releases songs as Aurion and has taken an exciting musical path since leaving ICMP.

Inspired as much by classical and soundtrack composers as rock and pop artists, he has enjoyed some great streaming success in recent months, penning tracks for 'Made in Chelsea' star, turned singer-songwriter Fredrik Ferrier. According to Antonio, Fredrik is a phenomenal classical pianist and taught himself guitar during lockdown.

Here, we catch up with Antonio to learn more about his songwriting inspirations, success and future projects...

How did you begin your musical career? Was there a person or record who first inspired you?

My earliest childhood memories are filled with music – several family members were composers and musicians.

When I very young I was taken to see Andrew Lloyd Webber musicals such as 'Starlight Express' (still a favourite), 'Cats' and 'Joseph and the Amazing Technicolour Dreamcoat'; I have a deep interest in Baroque Music from Pachelbel & Bach, to the classical period of Mozart and Beethoven and on to the Romantic musical impressionism period of Debussy and Satie, having gone to classical concerts when I was younger and enjoyed opera.

I adore Ennio Morricone and more contemporary score makers like Hans Zimmer and James Newton Howard. My tastes have evolved to include modern music when I discovered the likes of classic rock and pop. I’m influenced by Jim Morrison of the Doors’ vocal ability, Lou Reed of the Velvet Underground is probably my favourite songwriter of all time and Jeff Buckley is my favourite guitarist and artist that I've recently listened to.

I transferred to ICMP from Royal Holloway University where I was studying French Literature and Italian History. I had found academic life too confining and was already beginning to compose music regularly.

I wanted to study music professionally and meet with other songwriters, creatives and musicians and like-minded individuals in the art world.

And how was your time with us? What did you study and what were the most important things you learned while with us?

Some of the best aspects of my time at ICMP are definitely due to the brilliant tutors I studied under, such as Ken Foreman, Peter Cunnah, and Misha Nikolic."

Also, who could forget wonderful Delphi at the front desk?

Over the course of the year I also made life-long friendships with other students, and even formed a band for a time, The Crystal Tides, with Marc Ardisson, Elian Dalmasso, Ben Heliczer and Isaac Dogliani. I still write with Isaac Dogliani and Farzad Soleymani Marand who were on my course at ICMP.

Could you talk about how you connected with Fredrik Ferrier? And how did 'The Whistle Song' come about?

I met Fredrik and his family through friends! 'The Whistle Song' was conceived in London in 2018, when I invited my frequent producer, artist, collaborator and close friend Harold van Lennep and Farzad Soleymani Marand to co write. All we needed was a singer and I decided to invite Fredrik Ferrier to meet and work with us. Fred was a musician from a very young age,  and he always played music at a very high level. In a few hours we had the song!

'Chance' has also been featured on 'Made in Chelsea' - what is the song about and how did you come to write it?

I composed and wrote 'Chance' in 2015. The song reflects my deep interest in new relationships and human connection. On first listen, Fredrik Ferrier decided he wanted to sing it, as his voice complemented the melody very well."

We re-wrote the chorus together and called up Andreas Larsson our wizard of a producer and friend whom we had worked with at the writing week in Belgium only months before at Harold van Lennep’s. Fred showed the song to his producers at 'Made In Chelsea' , they loved it and decided to air it on the show.

How do you approach the songwriting process? Have you a way into your music?

Riffs and lyrics and melodies for the most part come to me unexpectedly and inexplicably. Recently, I've been delving into the endless world of chords and what I like to refer to as upper extensions. Music flows through me, at times in my dreams I hear a symphony play to me what I will write. When I wake up I have the bare bones of an idea stuck in my head on a loop!

I write raw ideas best on my own, then I often bring them to a session with collaborators and we arrange the songs. Sometimes I write stronger verses than choruses and those then become the chorus! My favourite part of a song is the bridge/special/middle eight as I believe it is the most interesting moment in a song. It takes you away for an instant before building back into the final chorus.

And do you have a favourite place to write and record?

In the countryside in Italy is where I feel most at peace with nature and the vibe is just right to create. Also, in London I feel totally inspired, don’t ask me why, I guess it is because I was born there and it holds a special place in my heart. The people, soul and energy of the metropolitan atmosphere thrills me.

What's your top piece of advice for anyone considering a musical career?

Why be somebody else when you can be yourself?  Listen to no one but yourself.

This is only the start, I have much more music coming soon so stay tuned. So far this year I have released 17 songs on various EPs, you can find my music at Aurion on Spotify and Apple Music and my Instagram.

Listen to 'Chance' below:

by Jim Ottewill
September 28, 2021
Creators
Back to Blog Home