Our BMus in Popular Performance alumna tells all on her love of the guitar and work with new band, The Toffees... 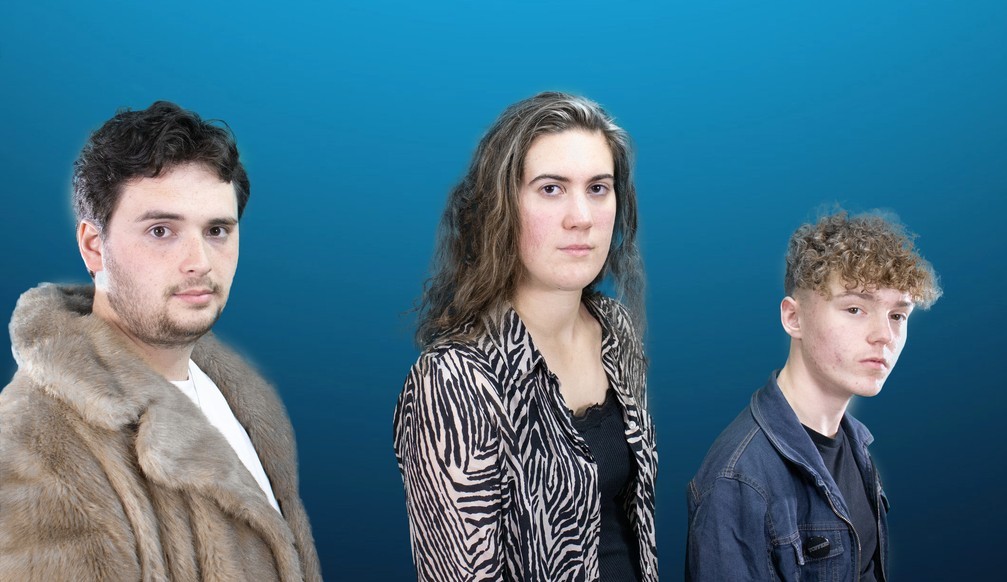 Our BMus in Popular Music Performance alumna Abi Flower-Ellis has been busy since completing her studies with us in 2020, playing in numerous rock bands and teaching.

Her most recent musical adventure is with up and coming guitar wielders, The Toffees, a hotly tipped group gearing up for a big summer post lockdown.

Here, we find out more about her time at ICMP, how this prepared her for the industry and playing with this new musical outfit...

As a guitar player, who have been your biggest inspirations/influences/heroes?

I started playing guitar after watching a YouTube video of Eric Clapton playing 'Layla', so I would say my first inspiration is probably Clapton.

Then Stevie Ray Vaughan, his style is like blues on steroids and hearing how much tone he could get out of a beat up Strat with massive strings made me try and emulate his sound. After SRV I discovered funk which led me to John Frusciante, who is probably my biggest inspiration for songwriting, I love his style! I am also a self-confessed disco fan, so Nile Rodgers is a huge hero of mine in the way that he wrote some of the most timeless songs that are still relevant now.

I spent most of my school years dead set on becoming a cartoonist until just before I took my GCSE’s I was told they weren’t a valid form of art.

At this point I had already started learning piano and teaching myself guitar so I made the switch to music at around 13. I found ICMP in a random Google search in 2015, and I loved the look of the BMus course and the ethos of ICMP, so I applied and auditioned in 2016.

I really enjoyed my time on the BMus course; it really felt like I was part of a family – especially after I had a terrible time at school and was picked on for various reasons.

The ICMP course taught me so much about myself and about how I could develop as a musician, so much so that I started teaching music privately in my first year of ICMP, and have since started a successful business in my local area."

What were the most important things you learned from ICMP?

The most important thing I have learned from my time at ICMP is to stay true to myself and be the best version of myself that I can be.

When I started at ICMP I was very unsure of where I wanted to be once I graduated, and I tried to decide my future without giving myself a chance to learn new things. I have since realised that being a musician is not as static as a more traditional job, and doing lots of things is more important than sticking to one income stream. This is why I started teaching to compliment my career as a band member and songwriter.

Could you talk about your experiences on leaving ICMP? What projects have been keeping you busy?

As I finished my degree in 2020, and finished my work in lockdown my experience leaving ICMP was a bit sad, with the graduation ceremony being via a YouTube livestream.

I really hope that the 2020 graduates get a proper ceremony, as we worked so hard in what turned out to be challenging circumstances so it would be good to finish in style! Since I finished the degree I have completed a Level 6 Diploma in Teaching with Rockschool in May, as well as joining an exciting new band called Toffees. I have continued teaching, and also started writing my own music with the purpose of releasing music as a solo artist in the next year or so.

Do you have a favourite piece of gear or equipment? If so, what is it and why?

Such a tricky question! I always get asked this but it never gets any easier! At the moment, my favourite that I own is my Fender American Special Stratocaster HSS, which I bought in 2018.

It really is a guitar that can do everything and anything, and I have just got out of the studio after recording an EP with Toffees. That guitar was used in every single song, and sounds fantastic in all of them.

I have six guitars, and they all bring out a different aspect of my playing but the Stratocaster has always been my comfort zone, so I am able to play at my best with that."

Could you talk about the Toffees? How did you join the band?

I was lucky enough to be contacted by the band’s manager in September 2020, and after learning the required material I went to audition and was accepted into the band. After a year of little to no music, it was a very exciting opportunity that I jumped at the chance to get! They are an up and coming pop rock band based in Bedfordshire who really believe in supporting female musicians, which was a breath of fresh air for me! The week after I joined, I started rehearsing with the band and now we are gearing up for a very exciting summer!

Are there any favourite songs you’ve played or written with the Toffees?

In 2020 the band released an EP called 'This Ain’t Pop', which was before I joined the band.

I was sent the EP when I was learning material for my audition, and fell in love with the sound. My favourite song on that EP has to be the title track. It’s an earth-shattering, singalong track that never fails to make me sing along loudly! I love playing it and cannot wait to play it live with the band this year! Another favourite is 'Buried in Gold' which has a fantastic riff that is a joy to play. I have written a song with the band which will be released later this year, but you’ll just have to wait to hear it.

What else does the future have in store for you and the band?

Gigs, festivals, music videos, you name it and we’re working on it! We’ve had enough of rocking out behind closed doors, and we are beyond ready to make some noise in the industry. Watch this space, you’ll be hearing from us very soon!

Visit toffeesofficial.co.uk for more. Listen to top tracks from The Toffees on Spotify.