We profile the brilliant Rebel MC and chart his musical journey into Congo Natty and beyond... 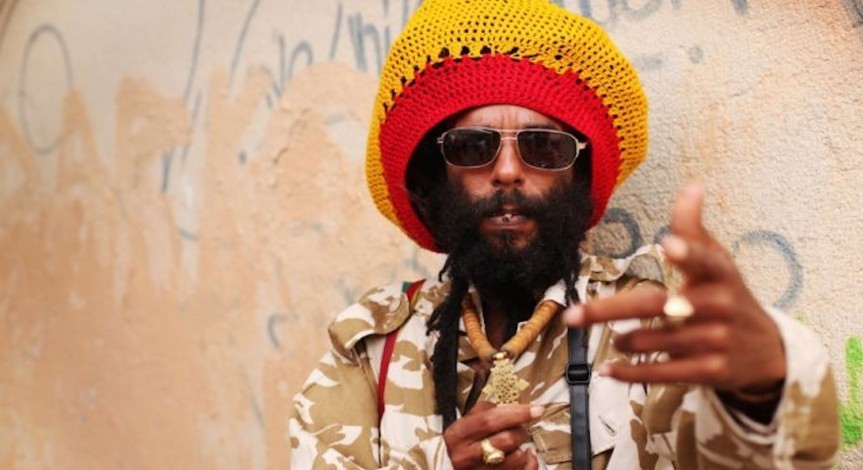 From reggae and dancehall through to jungle and jump up, Rebel MC has been a pioneering force through the bassier end of British music for more than 20 years.

Also known as Michael West as well as the alias of Congo Natty, this uniquely British artist has enjoyed some great chart success while managing to stay true to his roots in soundsystem culture.

Raised in Tottenham, his career has seen him take on multiple identities and paved the way for jungle beats to enter the mainstream.

He formed the group Double Trouble in the late eighties and enjoyed some big hits as acid house caught the UK's jubilant national mood. The outfit's hip house tracks both broke the top 40 in 1989, with the second release - ‘Street Tuff’ - reaching number three in the charts.

Rebel MC continued his musical journey as dance music spread across the UK, embracing a darker, harder sound. The 1991 record ‘Black Meaning Good’ saw him working with a host of stars including Dennis Brown on ‘No Man Is an Island’ as well as Barrington Levy, Super Cat and Tenor Fly. Dub basslines rubbed shoulders with hardcore sounds on an album that emphasised the arrival of his talents.

Another Rebel MC album - ‘Word, Sound and Power’ - emerged the following year with more explorations of breakbeat, ragga and hip house among its 11 tracks .

A creative reset occurred in the mid-nineties as West left his Rebel MC moniker behind, adopting the alias of Congo Natty as he converted to Rastafarianism. He set up his label of the same name and went on to release a huge amount of music, adopting multiple artist names such as Conquering Lion and X Project."

As the revitalised Congo Natty, he's been a regular performer at the likes of Glastonbury, the Outlook Festival, Bestival, London's Fabric and many other live events. 2013 proved to be a big year as freshly signed to Ninja Tune offshoot Big Dada, he released the brilliant ‘Jungle Revolution’ album and secured his reputation as a national treasure of the UK underground.

Commenting on the record and themes around the state of our society in an interview with the Guardian, he said:

"I have to be here. It's ordained. There's a whole set of children that I'd love to reach out and talk to."

"This is what we're dealing with: oversaturation of death and murder. All the machinery is geared towards some kind of violence, something that's negative. It's very rare you see a positive Xbox game that's uplifting. The youth is growing up in a very destructive world."

With the likes of General Levy, Top Cat and Tippa Irie all on board, the record proved to be another underground hit and Congo Natty is still a regular and exhilarating live performance today.

This one is hard to resist - one of the best hip house tracks ever released...

Arguably brought the concept of 'jungle' into the wider world...

Congo Natty unites some of dub and dancehall legends...