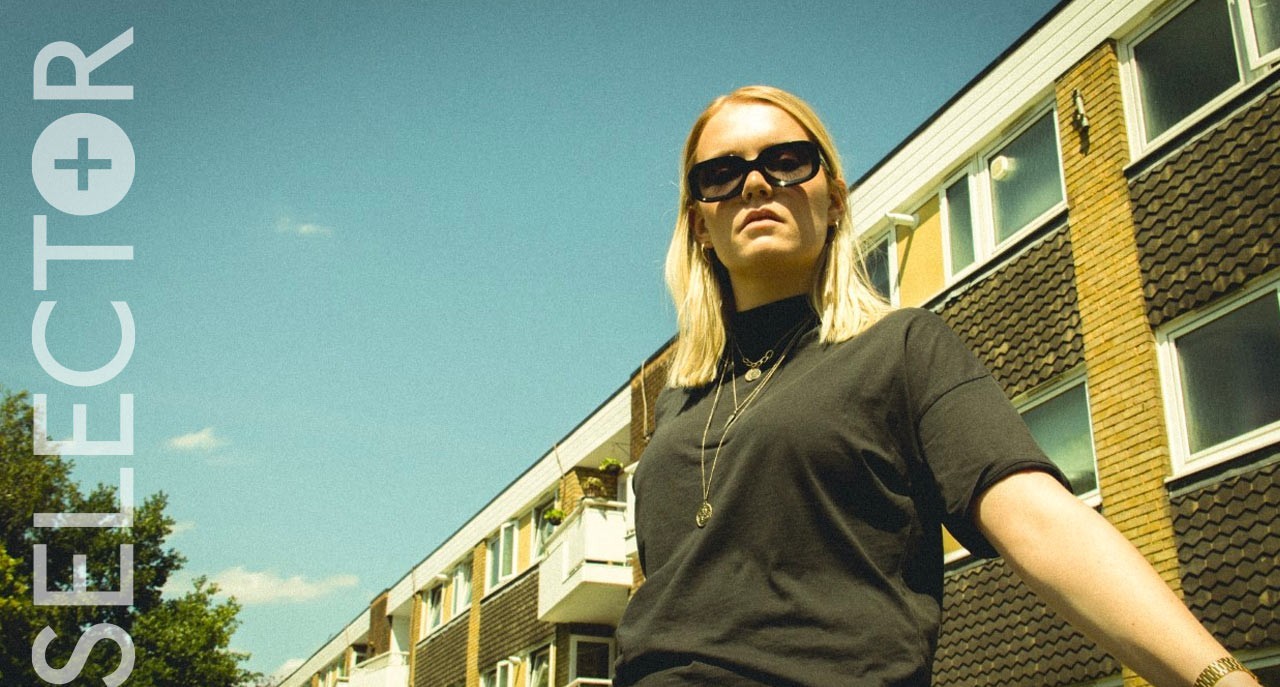 Ella has been busy of late, working with the A.S.U.N.D.R. Collective including fellow ICMP student IAMSUUBI (Jesse Kaddu) on musical material, releasing their track 'Demons'  earlier in August. Give it a listen in this mental health themed playlist from Ella and look out for new material from her in the autumn.

Here's what she had to say about her playlist:

All of these songs are important to me for different reasons; whether they are uplifting or comfortably saddening, each and every one of them makes me feel understood in a different way. As artists we have a great opportunity to make people feel good about themselves.

I think it is so important to raise awareness to mental health in music and to talk about the subject more frequently and openly. "

Strong start with a strong female artist who I think has the qualities to rise to the status of a modern Amy Winehouse.

I first discovered this song on the COLORS Berlin YouTube channel and have been in love with Greentea Peng's honesty and refreshingly spiritual lyricism ever since. This song makes me feel understood and is a great companion in times of loneliness and half-hearted encounters.

Possibly one of my favourite songs by one of my favourite artists. Amber Mark is such an inspiration; she produces her own music and is a badass performer on top of that. I love how she combines her upbeat production with lyrics confessing she's losing her shit. Great stuff.

I respect Sam Tompkins for his work ethic and the way he connects with his audience. His latest single 'Kings' is about how much he appreciates the support from his male peers and talks openly about the struggles of toxic masculinity. His vocal delivery is very energetic and unique which makes the song an absolute ear worm.

Self promo alert; this is one of my collective's very own songs which we released on earlier in August. It talks about unreliability towards yourself and the people you love and just the overall struggle of facing the inner workings of your own mind. Visualising these negative thoughts as almost an inhuman creature makes it easier to distance yourself from them and to find yourself. In this release we all confess what habits and patterns of behaviour we have struggled with in the past and packaged it into a head bopping banger. Even if I do say so myself.

Col3trane: 'Someone To Watch Over Me'

I love pretty much every song Col3trane has put out so far. Why? It's because he has mastered the craft of genre fusion and unconventional, yet captivating storytelling. This song feels like a blanket on a lonely day and talks about how he just wants to be looked after like every other human being.

So much heat coming from the Netherlands these days! Love the afro-groove vibes combined with honest and dark lyrics about how negative energy within toxic relationships can affect your life.

Joy Crookes: 'Anyone But Me'

This song has such a strong message and is relatable on so many levels; Joy Crookes opens up about her mental health and her experience with therapy. The lyric ''Been down so long now that happy is holy'' resonates with a lot of people who have ever experienced an uncomfortably long period of depression or anxiety. She describes how she'd rather be anyone but herself and this message has never been so powerful.

Mac Miller: 'Come Back To Earth'

You can't really talk about mental health and music in the same sentence and not think about Mac Miller straight away. This song pretty much hits the nail on the head for me when it comes to the struggles I have experienced. I am so glad there are artists who talk about their challenges openly as it helps and inspires so many people; it's truly sad that Mac Miller is not with us anymore.

This song is an absolute classic to me, even though it was released only eight years ago. I mean 'Summertime Sadness' already sounds so powerful and the melodies and atmosphere this song facilities are mesmerising and have stayed with me ever since I heard this song for the first time.

What an anthem for self love! This song is perfect to dance to in the morning. Kendrick is one of the best in the game and his music speaks for itself. ''Life is more than suicide'' is one of the lines in the song and I couldn't agree more. This song inspires me to do more and to be good to myself no matter what.

I love love love the arrangement and production on this song. The Eartha Kitt part in the beginning adds to the storytelling nature of the track and I love the way Mahalia expresses her feelings.

The lyrics of this song go deep and the recently published video supporting the Black Lives Matter movement goes even deeper. H.E.R. is an incredible musician, she never fails to inspire and empower those who listen to her. One of the most impactful artists right now.

''Depression and Obsession don't mix well'' is the hook lyric of this song and a very true statement to me, especially as an artist. This song was my shelter when a toxic relationship of mine came to an end and I connected with it because of its sadness and melancholy. XXXTENTACION is another artist who left this world way too soon.