How to make it in music A&R with James Endeacott

We learn from James Endeacott, one-time A&R for The Libertines and The Strokes, on how to make it in the music business... 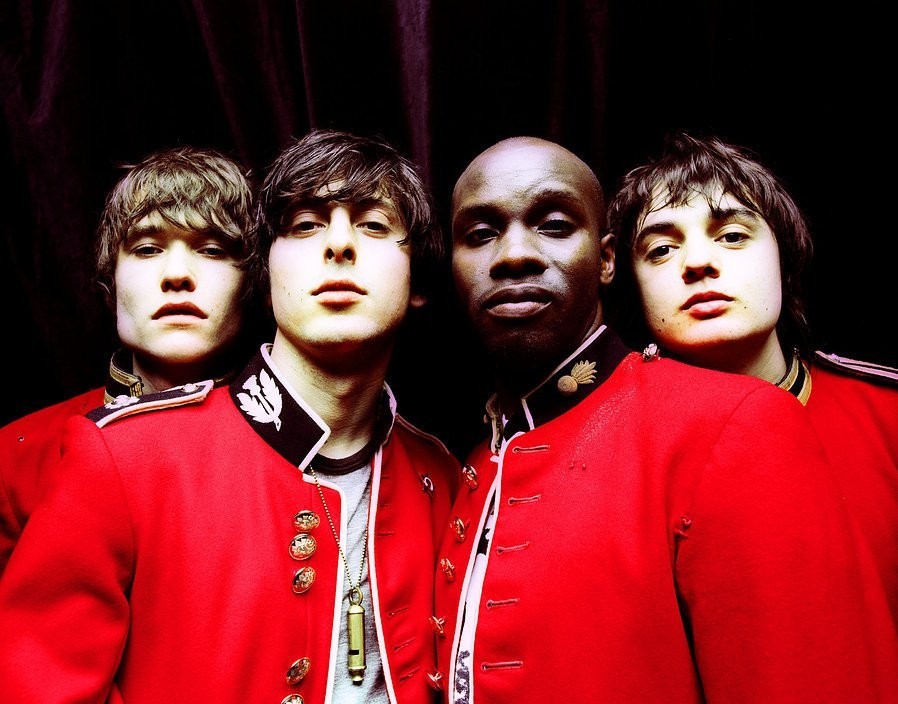 As music industry personalities go, there are few as full of life as James Endeacott.

Over the last few decades, James has earned himself a reputation for having an uncanny knack of knowing where to find the next big thing, notoriously A&Ring the Libertines and The Strokes while the two rock and roll bands were at the heights of their powers.

Starting his career with fuzzy, shoegaze pioneers Loop, working with Rough Trade and now managing his own 1965 Records label, James’ career has been full of highs, lows and much madness in between. He recently paid a visit to ICMP to discuss his career with our music business students and how to make it in A&R… this is what we learned…

I never thought music was going to be a career. But then I became lost in it…

Hearing David Bowie’s ‘Space Oddity’ was like being transported to another world. It was crazy. It was a really exciting record and meant a lot to me when I was a young kid. It still does now.

My first gig was Stiff Little Fingers who were very influenced by the Clash, very political. I went to go and see them on my own. I remember watching the gig at this old Victorian theatre in Halifax. I was blown away by the power, excitement, sweat and anger. After the gig, I was left thinking there’s something more to this. I just had this need to talk to the people in the band. I remember walking in, and what really struck me, was the singer was sat there wearing glasses, on his own. It made me realise that bands are just normal people, just like you and me.

Most of us in the music industry have very little idea what we’re doing. Sometimes, you’ve just got do things. This is what I was thinking when I got asked to manage Tindersticks.

I ended up working with them over their next four albums. They were playing massive gigs in front of 2-3,000 people. They signed to This Way Up, then we signed with Island. All of a sudden I was in this crazy world, in meetings with marketing people, business people, being flown all over the US and Europe.

Stick to your principles

As Tindersticks, I remember we had an album coming out called ‘Curtains’, and a single called ‘Bathtime’. In the mid-nineties, indie music was massive, Britpop was huge, anyone with a guitar and a haircut would get signed.

I was in this Tindersticks bubble which was off kilter with what was ‘big’ at the time - they just smoked cigarettes, they loved it when it was raining, late nights, whisky and talking about existential poetry.

So there was a bit of a disparity with what the industry thought was cool. I ended up taking a call from some marketing guys. They had an idea to market this new single with rubber ducks, with ‘Bathtime’ written on it. They even couriered them around to me to see them. I thought they’d gone mental and, needless to say, we didn’t use them.

Wait for that lightning bolt of brilliance

In 2000 this CD just landed from the US. It was a three-track demo from the Strokes with this song called ‘The Modern Age’ which completely blew my mind. We signed them for a single and I looked after them for two years. At the time, The Strokes were against everything else in guitar music. It was dead and awful with record companies just churning out rubbish band after the next. It took these five beautiful young men from New York to change everything.

At the same time I met a band called The Libertines and they were like a shaft of lightning hitting the scene. When I discovered them, it was like a finger for the National Lottery coming down from the sky pointing, saying, "it’s you".

Be honest and truthful with artists - they’ll respect you more

I remember going to the US during the recording of The Strokes’ debut album and they were doing ‘Hard to Explain’ when I got there. I thought it could be better - I was fresh to it and told them, "Julian I think you can sing it better than that". Everyone had been there for six hours, wanted to go to the pub. But they listened, stuck around, did another take and the version that he went and did after I told him was the one that went on the album. The difference between versions is small but it gave him some fresh impetus to do better. The band then trusted me - because they knew I wouldn’t just say yes.

A&R is all about being courageous

It’s all about conviction. You have to believe in what you hear - if you like something, then it’s likely that other people might like it too. It’s about finding that artist that others are drawn to.

Say you have an artist called Cup - they’re great and we want them to be successful. It’s tempting for some to say: "Let’s make the Cup records sound like the other successful artists’. But avoid that strategy. Let the world come to you as if you’re going to try and fit Cup into the world, then it won’t work for very long.

A&R is part of a bigger team

A&R is just one facet of the band - it’s about the team around an artist - the A&R is closest but you are a team and you make collective decisions. That kind of trust only comes from failing and succeeding and failing and getting back up again. It’s all about being honest with each other.

ICMP offers a range of music business courses aligned to industry for entrepreneurs looking to take that next step towards developing a long-term successful career in the music business.. Contact our Admissions Team on 020 7328 0222 or email enquiries@icmp.ac.uk to find out more.

by ICMP staff writer
November 23, 2017
Amplify your career
Back to Blog Home