Home » Blog Articles » How Loud Is Too Loud When Mastering?

How Loud Is Too Loud When Mastering?

Music Production expert Tom Frampton give us his essential advice on how to work with loudness... 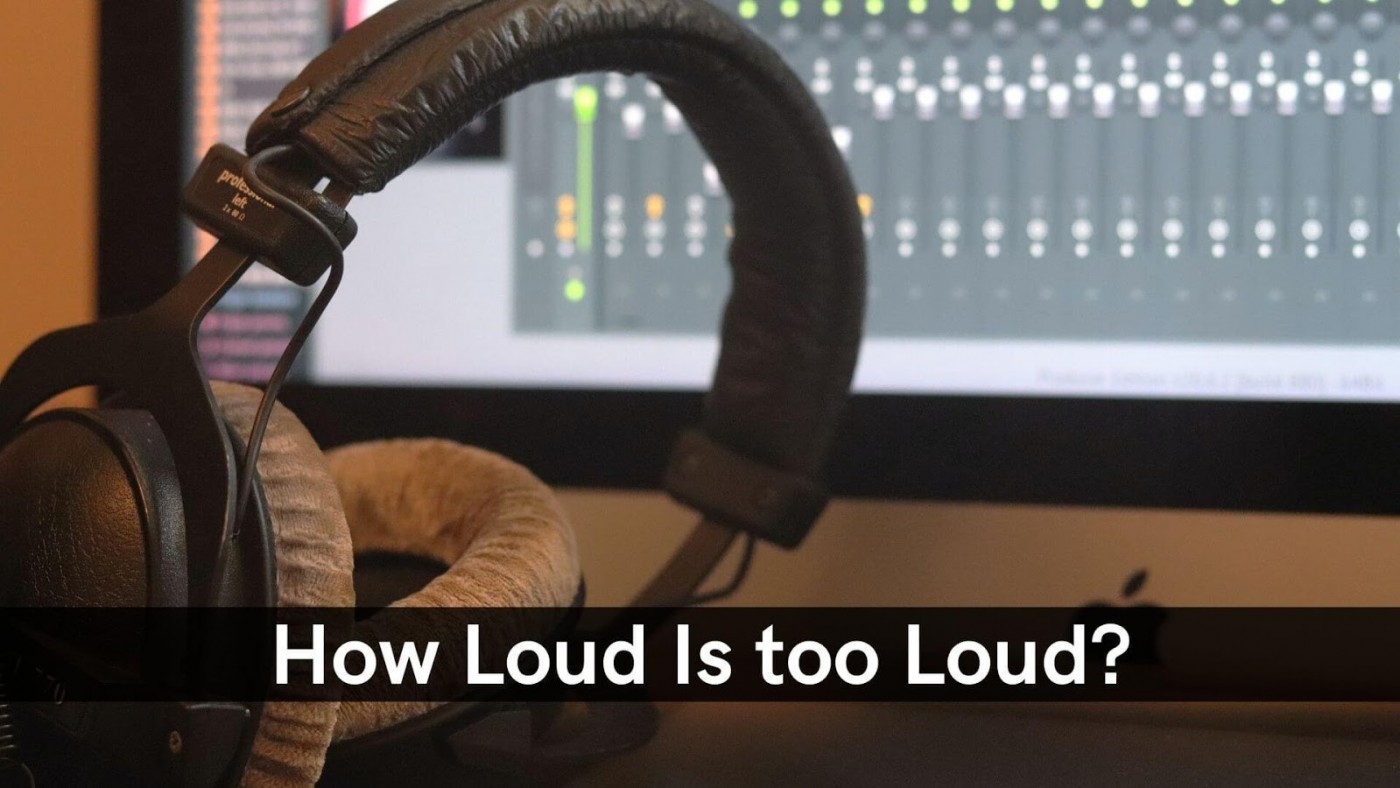 Loudness is one of the most important factors to consider when mastering - it can make the track feel more powerful, and provide a competitive advantage when played alongside other, quieter songs.

However, it can be difficult to dial in a loud master without sacrificing sound quality. Eventually, when a mix becomes too loud, it loses dynamics and may even introduce unwanted distortion. In this blog, I'll teach you how to create loud, powerful masters without causing clipping or sucking the life out of the mix.

How To Avoid True Peak Clipping When Mastering

We measure the level of digital audio signals using dBFS, or decibels relative to full scale, where 0 dBFS represents the maximum level. When a signal reaches 0 dBFS, it will clip, causing unwanted distortion and digital artefacts.

However, did you know that your signal can clip before it hits 0 dBFS?

Most DAWs use a Sample Peak Program Meter to display levels, which only measures the peak sample value, not the "True Peak" values. This can cause us to wrongfully assume that our tracks only clip when the meters turn red. But the truth is, small snippets of audio (known as inter-sample peaks) can sneak past the meter, creating harsh digital artefacts without you ever knowing. 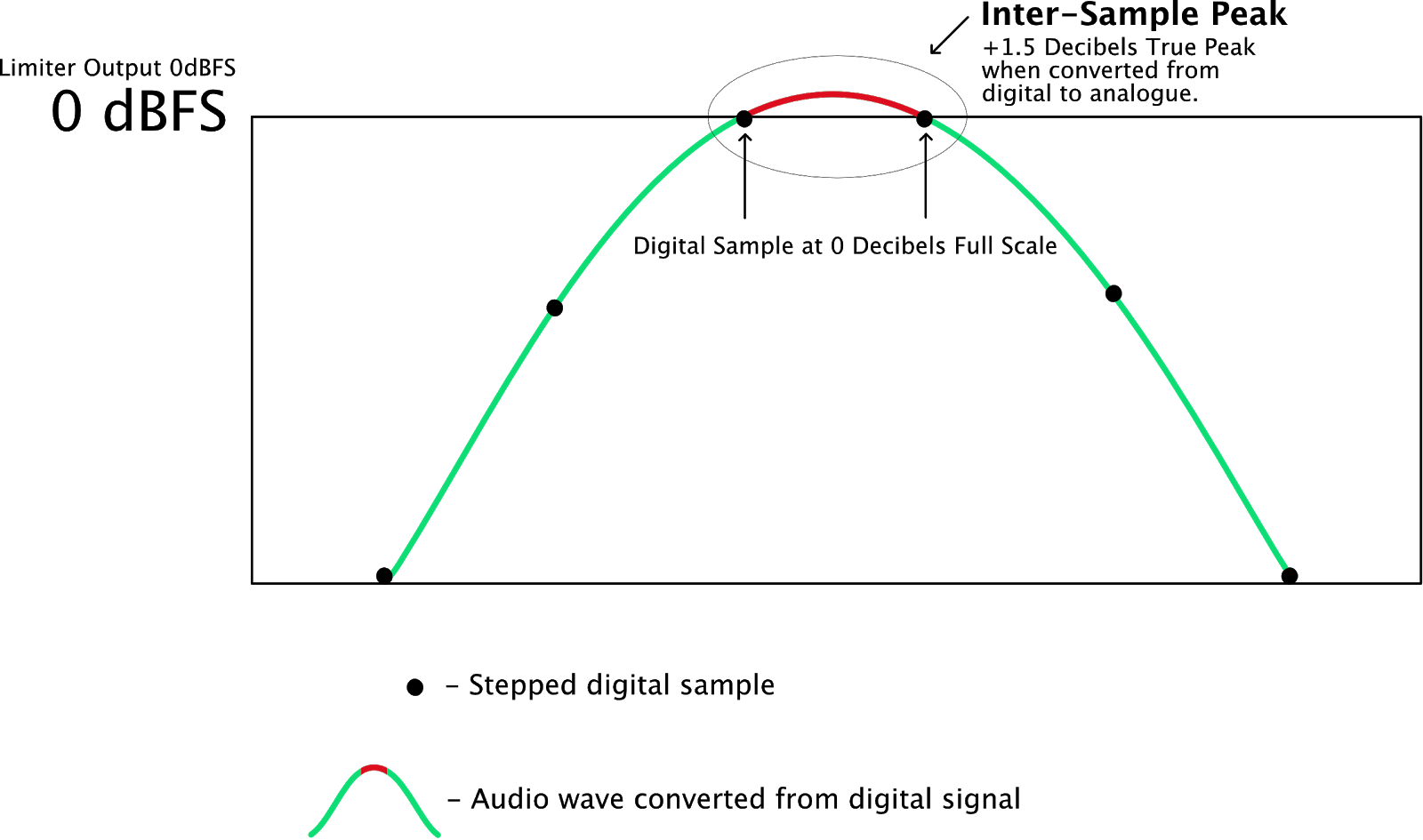 Some pro audio equipment offers additional headroom to compensate for inter-sample peaks, but most consumer equipment does not, meaning your mixes might sound great on the studio speakers but harsh and distorted when played in your car.

LEVELS features a True Peak meter, which displays the absolute peak of an audio’s waveform—just as it will be heard through your speakers. Use LEVELS to master your tracks to 0dBTP to be sure that your track never clips.

Finding The Perfect Loudness For Your Master

True Peak is a great way to define the maximum level of a track, but it doesn't tell us much about the perceived loudness of a track. For instance, a delicate cinematic score might have one loud moment for emphasis that peaks at 0 dBTP, while a pumping EDM song only reaches -0.5 dBTP. But that doesn't mean the score is the “louder” track—it just means that the meters peaked at a higher point.

We can measure the perceived or apparent loudness of a track over time using LUFS or LKFS.  LUFS stands for loudness units relative to full scale, while LKFS stands for Loudness, K-weighted, relative to full scale. Both measurements are used to measure perceived loudness—the only difference is that K-weighted tracks use a specified dB SPL playback level for greater consistency between systems.

Use the LUFS tab in LEVELS to measure the perceived loudness of your track. The short-term meter will display the LUFS measurement over the last three seconds, while the integrated meter shows the average LUFS level over the course of the track.

Start by setting a LUFS threshold—the maximum loudness you want your track to be. In most cases, this will be determined by your streaming platform. Each streaming platform uses a different target LUFS rating. For instance, Spotify uses ReplayGain to normalize audio between  -12 and -16 LUFS, with -14 as the average. 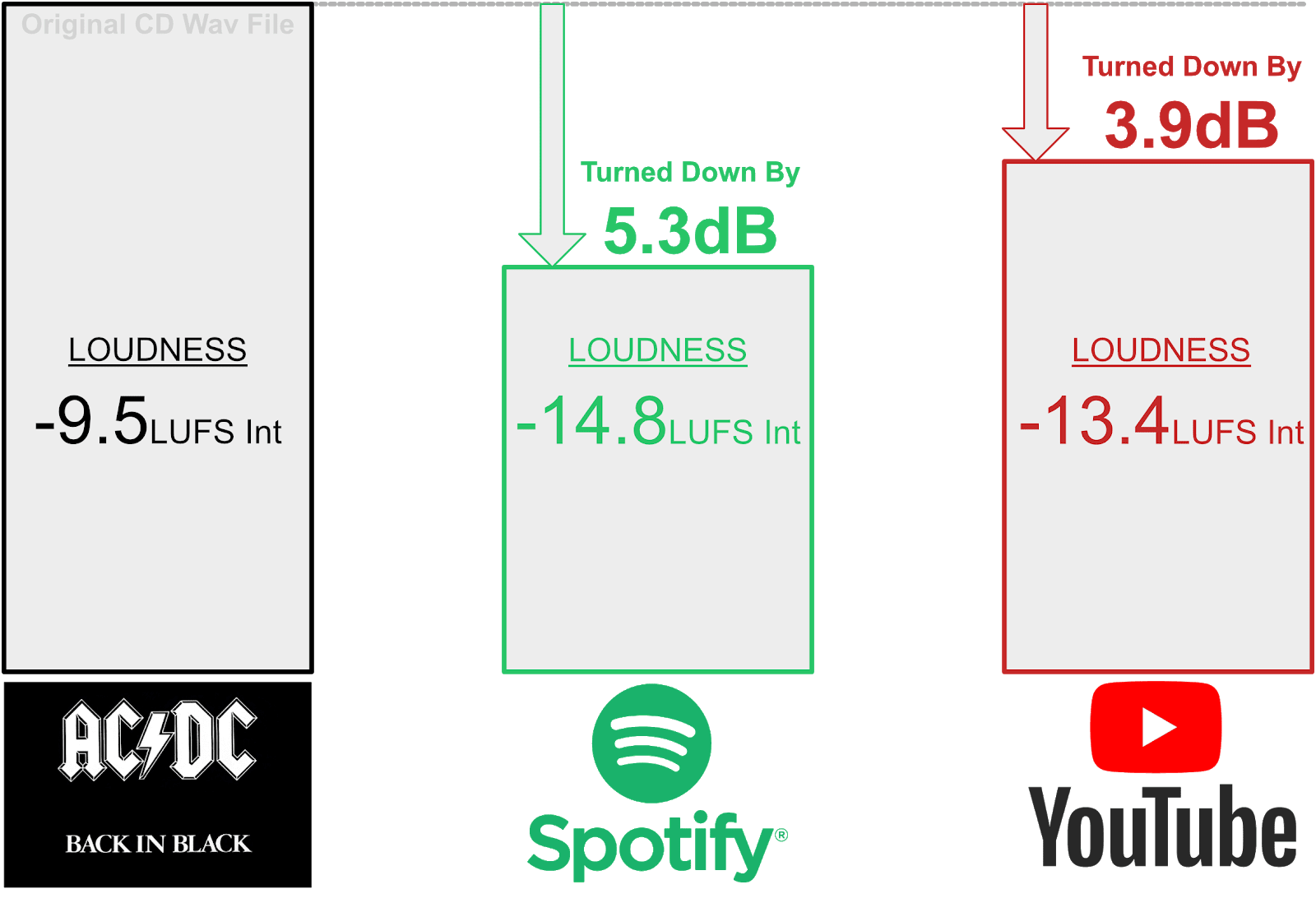 Select a preset for your desired streaming service and listen back to your entire track without making any changes. If your track is too loud (and in danger of being turned down by the streaming service), the LUFS icon will turn red. 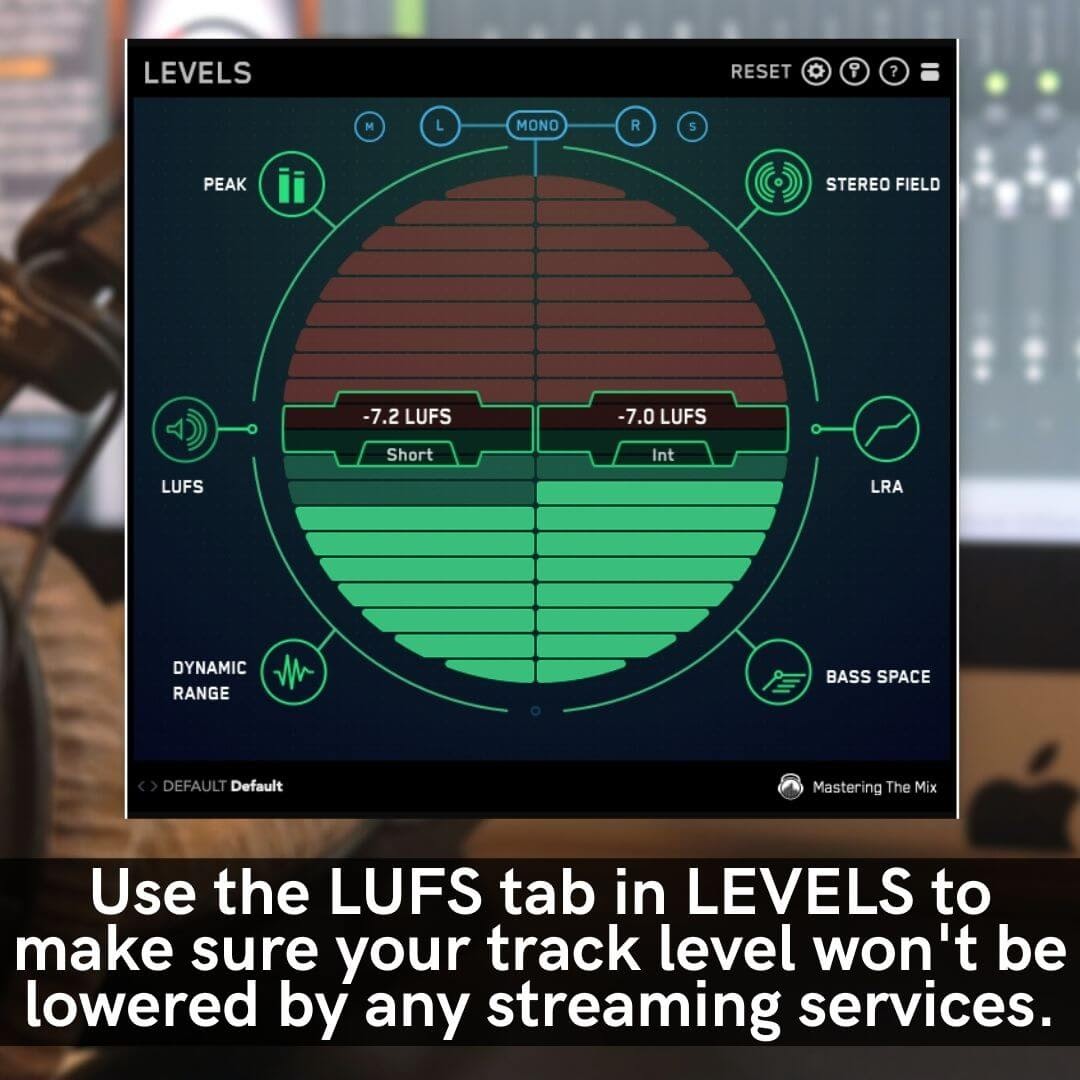 Even if you don't plan on posting your music to a streaming service, it's still important to consider the LUFS rating of your track. It can be a great indicator for telling if your mix is at a competitive level, or in danger of sounding over-compressed. 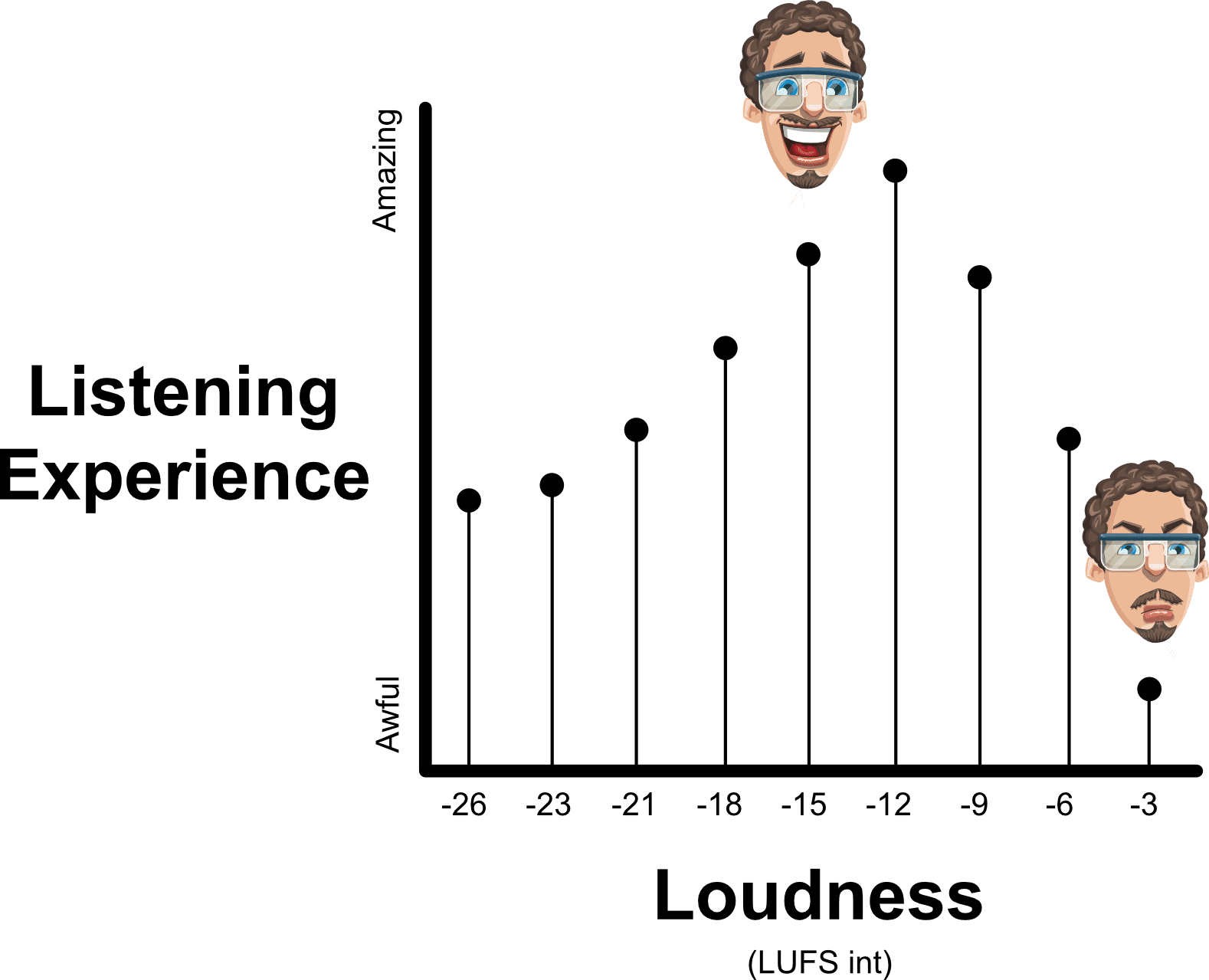 Each genre has its own stylistic differences. For instance, jazz music tends to be more dynamic, while dance music tends to be louder and in your face. Checking the LUFS rating of your track can be a great way to make sure you're in the same ballpark as other pro mixes in your genre.
For instance, most ballads and classic compositions feature an average loudness rating of about 10 LUFS, while most pop and EDM tracks are much louder—closer to 6 LUFS.

Compression is the key to increasing the perceived loudness or LUFS rating of a track. Just be careful—increasing loudness comes at a cost. In order to achieve a LUFS rating of -9 or higher in the short term, you'll need to use heavy compression, which can flatten or truncate your transients, causing your mix to sound dull and lifeless.

Even with a well-balanced mix, you probably won't be able to increase the loudness of your track above -6 LUFS (short term) without causing distortion. And in some cases, you can start introducing distortion at just - 9 LUFS—especially if the bass is particularly heavy. 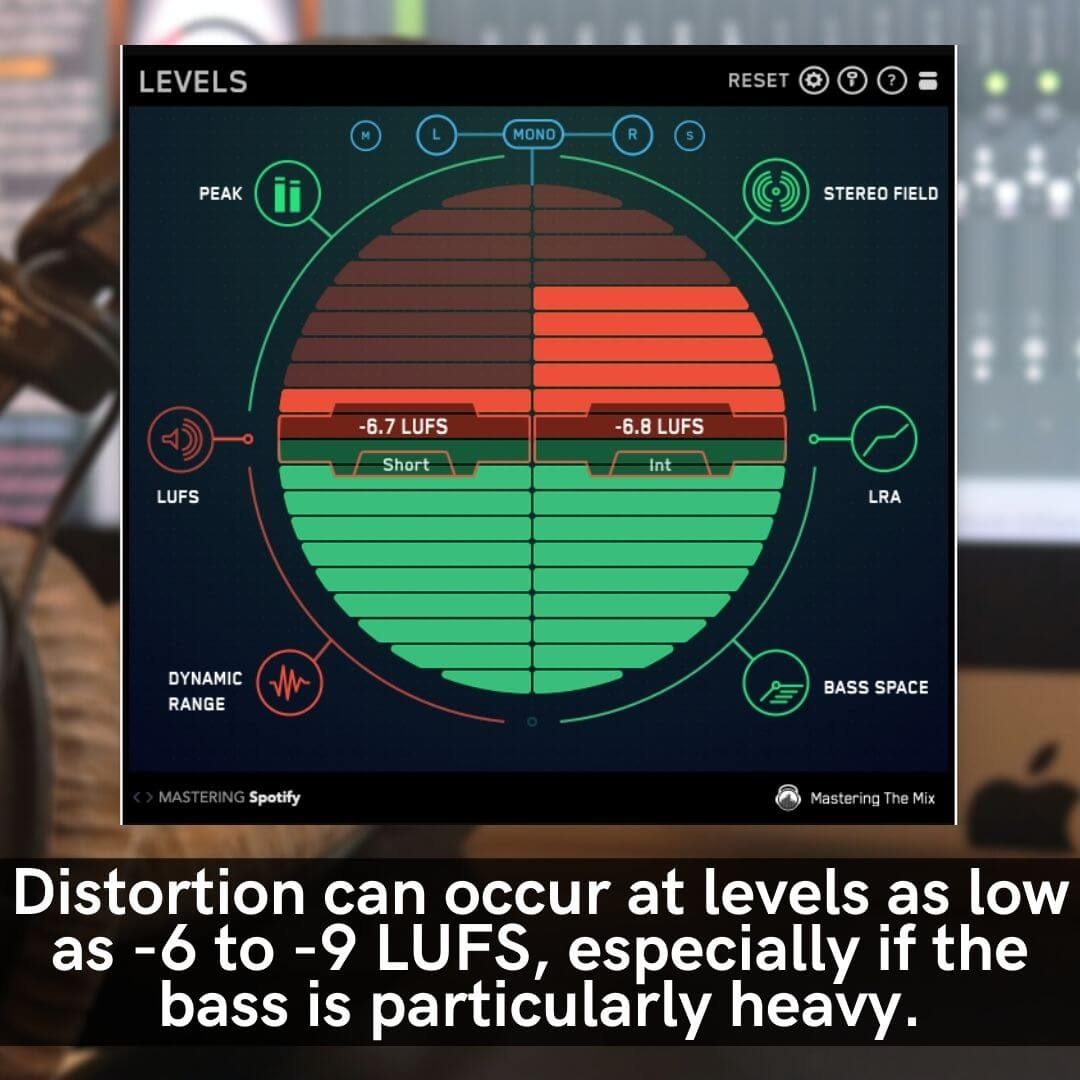 Just remember, at the end of the day, most tracks are streaming around -13 to -15 LUFS, so there's no need to squeeze the life out of your track just for a couple more LUFS. Just focus on making your track sound dynamic and full at low volumes, and you can rest assured that it will sound great on any system.

If you want to use LEVELs to help you dial in a great true peak and LUFS loudness, you can grab the free trial here.

by Tom Frampton
December 2, 2020
In the studio
Back to Blog Home