How I helped transform Rami Malek into Freddie Mercury 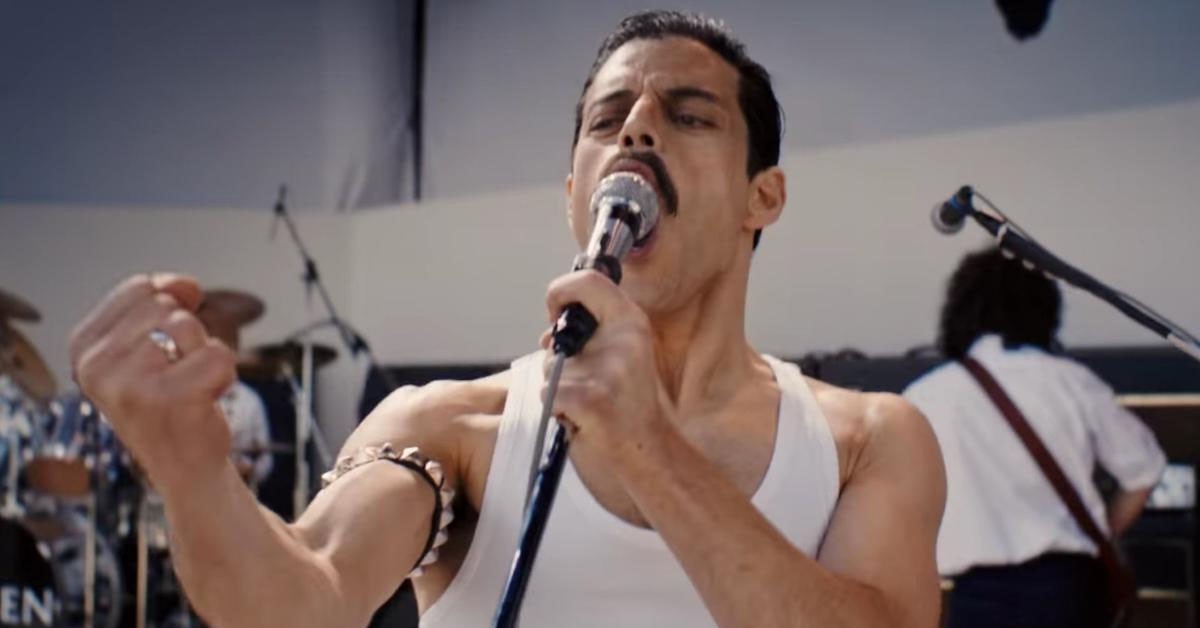 Are there any more iconic singers than Queen's Freddie Mercury?

The British rock singer and his band's music are much loved across the globe and are enjoying a new high thanks to the box-office smash of their rock biopic, 'Bohemian Rhapsody'.

Featuring the talents of Hollywood star Rami Malek in the lead role, the film has proved to be a massive success with Rami picking up the BAFTA for Best Leading Actor.

Our Vocals tutor David Combes was part of the team who helped Rami transform into Freddie. We interviewed him to find out how he did it...

How did you get involved in ‘Bohemian Rhapsody’?

I started working on the film four years ago with the previous Freddie. Outside of ICMP I work as a session singer and vocal coach and I’ve previously collaborated with Steve Sidwell, who was the music supervisor for the film. He asked me to step in to help coach whoever they were going to cast in the lead.

When did you first meet Rami Malek?

When this film came about, it was obvious that the actor who was going to play Freddie was not going to be able to sing like him immediately. It’s such a demanding role as Freddie was such an iconic artist and performer. I initially worked with the actor, Ben Whishaw, but unfortunately his schedule didn’t allow him to film it. So the project was shelved for a year. Then they got Rami Malek in, famous for the series ‘Mr Robot’.

I started meeting him two years before they started filming. When he was free, he’d fly over from the US and I’d give him singing lessons here.

How was working with Rami?

He was hugely receptive to my coaching. Teaching someone to impersonate a character vocally, move like them and speak like them are three different things.

Movement coach Polly Bennett taught him to move like Freddie Mercury. She’s incredible - there’s this YouTube vid online where they have Freddie and Rami side by side. Literally, every physical action Freddie makes, she’s mapped out like a ballet and taught Rami how to do it.

The whole thing was very inspiring, particularly as Rami knew he couldn't get it wrong. Queen fans wouldn't let him. So he put heart and soul into this. We had fun, but it was work to really get him in contact with the physicality of singing – you can’t lip sync a role as physical as Freddie Mercury. You have to sing it."

There’s enormous pressure on getting it right. It’s not like trying to be Mozart. No one knows what he walked or spoke like. But with Freddie Mercury, there’s lots of footage so fans know exactly how he moved. But it was hugely inspiring. I’ve worked with a few actors and they tend to be 100 percent committed to a project. Rami was exactly that.

What are the big challenges with coaching an actor for a role like this?

The major issue when teaching a non-singer to sing is emotional. If someone has been told they can’t sing for their whole life, then it’s really tough to break through that.

A huge amount of work I do as a vocal coach with adults returning to singing is undoing the emotional damage and psychological barriers other people have created.

With Rami, it wasn’t possible to use the words I’d use with a singer because they would immediately make him uncomfortable. So it was turning singing into something that was not singing, using words like ‘calling’, ‘yelling’, ‘screaming’, ‘shouting’, ‘whimpering’.

I couldn’t say sing this like an opera singer. With him, it was like ‘imagine you’re trying to whimper like a puppy’. Then as a coach you can open this out into a singing sound.

It’s undoing someone being told they can’t sing for their whole life.

Was there a breakthrough moment with Rami?

Yes, the breakthrough moment for me was after we’d be working together for a year. He’d been over for a couple of weeks and we’d had a singing lesson, working on ‘Crazy Little Thing Called Love’, working towards the really challenging stuff. It’s one of the lower Freddie songs. He came to a lesson: ‘Oh David, you’ll never believe what I did last night. I went to a karaoke night and sang ‘Crazy Little Thing Called Love’. The courage that took for him to do it showed how he had embraced it.

You need to remember that he would have to sing on set even if it was wrong. If his shoulders aren’t deep enough or he wasn’t anchoring into the power stance that Freddie had, then he wouldn’t be using the physicality as he should and no one would have believed it."

My job was to get him to the screen test to the point where he was believable and for Fox to approve his performance. It was on the screen test that I felt we’d done it. He wasn’t frightened of it anymore. We just knew, he’d got it. The affectations, the speaking voice and he was really willing to sing. It all came together.

Is there a pressure with these big gigs?

The biggest pressure is on the artist but you have a short time frame where you have to make the artist feel they can do anything. And if you make them feel like this, then they absolutely can. There is a pressure on the coaches but as long as you do your research and know what you’re talking about, then it’s more about the emotional breakthrough.

Study vocals in London with ICMP

If you're interested in taking  your vocals to the next level, learning from our regular industry guests and collaborating within the vibrant ICMP creative community, then speak to our Admissions Team. They're on hand to help you find the right course that matches your ability and aspirations.

by Jim Ottewill
February 19, 2019
Creators
Back to Blog Home