How to get a gig at a showcase music festival

Rebecca Ayres from Liverpool Sound City tells us the best ways for new artists to land gigs at showcase events... 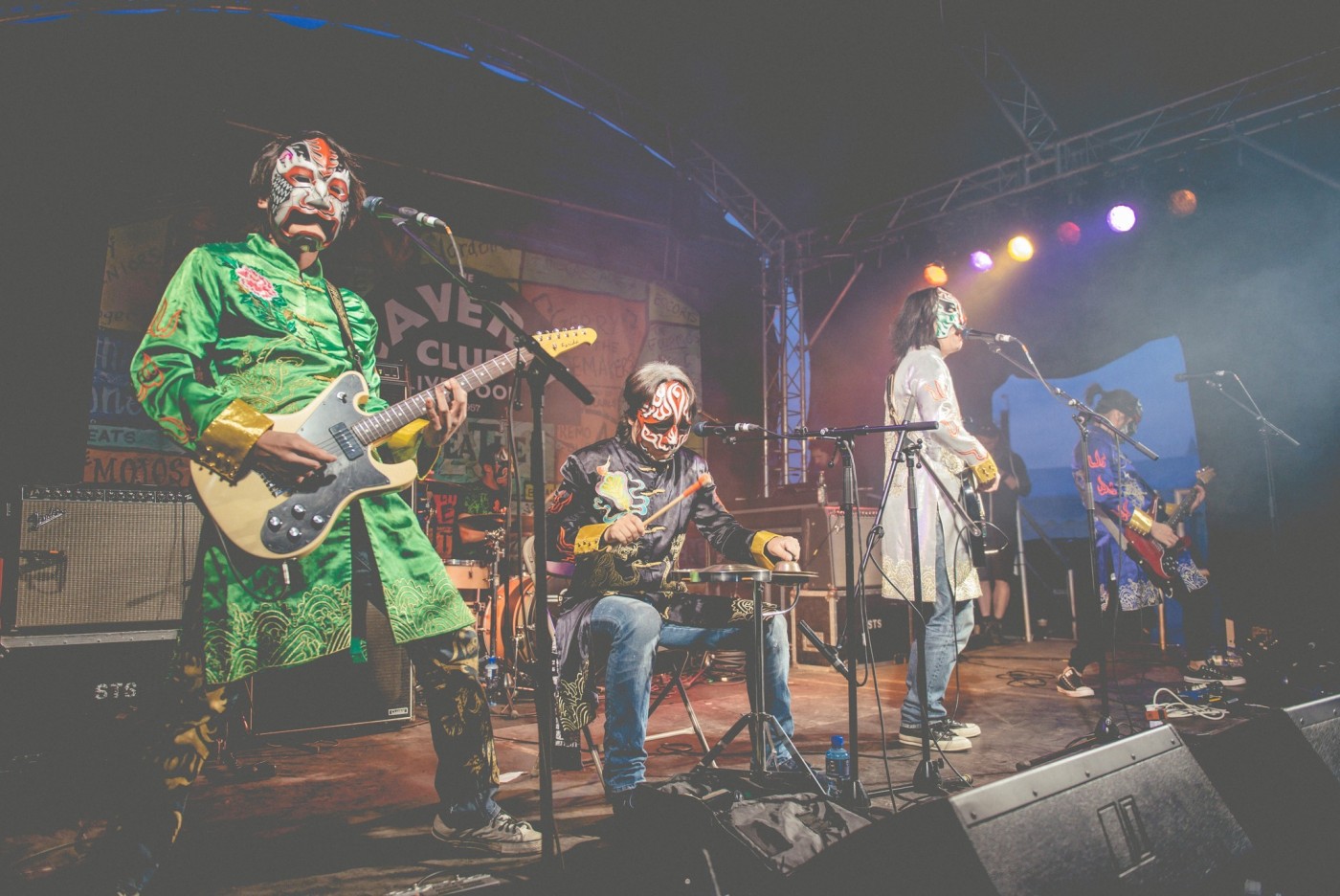 Playing a set a showcase music festival can be a big deal for a new band.

This sort of live outing not only gets you in front of an audience of industry but can be a great networking opportunity, enabling you to potentially meet the vital contact who could play a pivotal role in taking your career up a notch.

From The Great Escape in Brighton to SXSW and Sound City in Liverpool, there are plenty of showcase events taking place across the UK and beyond in 2018 but how can a new band get a gig at these events? And is there anything they can do to increase their chances of being selected?

How can a new artist apply for Sound City?

We have an open application until 19th January so anybody who wants to apply can visit our website and make a submission there. It’s free and we usually have around 7,000 applications every year. In the office we have a team of people who come in and go through everyone, listen to the artists and look at their analytics.

This year we're working with a large number of different industry curators too who will be putting acts forward. We also work with lots of international stakeholders around the world who do the same with international artists.

This is a really important part of the process for us because we've previously had artists who have applied through this, people like Grimes and Eliza and the Bear. We also had Catfish and the Bottlemen that came through it. So it's been a really great way of finding the best new acts.

So you manage to listen to all the submissions?

Yes, we do, it’s important as people take the time to apply. We have quite a long application window because we know that when artists find out, they often want to record new music and material.

So people are putting lots into it and we're very lucky because we get some outstanding applications. Competition is tough because we can't put everyone on - we’ve only got around 300 slots for the festival for applications.

But what is good is that, because we work with people who are in the industry to help us choose the line-up, they get exposed to a lot of acts. So although not everyone will get a slot, they might get picked up by other promoters, labels or media.

Are there any particular platforms that new acts need to be across to lend more weight to their application?

Many people have social media accounts but not everyone always looks at everything. So you need to be thinking about where people are going to be looking.

Lots of the time Instagram is really good for being able to stand out. Bands can create really good stories through it - Manchester band Cabbage are a great example of a band who have done lots on the platform to show off their personality.

It’s also important to be consistent with the platforms. But a lot of the time, young bands don't even think about what they've got to put up. It just comes naturally to them. They can record gigs that they've done or film a bit of footage of them doing something in the studio and that can all go up online. It just helps to emphasise the band's character.

Is there any particular point in a band's development when they should apply for a showcase festival? Do you advise bands sometimes to come back and maybe apply next year?

Yes, we've had lots of instances where that's happened. Some bands who are very new might not be ready as they just might not have played live many times. With something like Sound City, they're going to be playing in front of a lot of music fans and industry people and we want them to be at the right level when they do.

You can't really say when is the right time as every band develops at a different speed. But it's important that they're taking what they're doing seriously.

Bands could be just doing it as a hobby and that's absolutely fine, because they can't be expected to be making a living when they're in the early stages, but they need to take it seriously in terms of knowing what they want to do next, having gigs and making an attempt to be engaging on social media. That’s all important.

Being engaging is more important than the number of likes or follows on Facebook or Twitter. A band might just have 100 fans on these platforms but if those fans absolutely love them then that's something they can grow quite easily.

Is an important factor in a successful application also evidence of them having a team in place, whether that be a press or manager? Does that influence any decisions?

Well, it's not absolutely essential because a lot of the time when bands start out they don't really need a manager; they really need to be doing everything themselves at first. The way the industry works now is that people tend to get onboard once they've been doing something for a while. But it's good if they're thinking about that sort of thing as it shows they're serious.

We want to see that they're starting to think about themselves and doing things that are going to help them move forwards.

For new bands who are successful and get a spot at a festival like yours, how can they maximise the opportunities that presents?

The best thing that they can do is to make sure they’ve got somebody who can represent them, who will go and do their networking at the events and conference.

We have loads of talks and panel sessions and we do roundtables and one-to-one sessions as well. It's really important that they go to things like that, because that’s where a lot of the industry will be in the day, and that's where they can tell people what they're doing, about their gigs, any releases. It's important that they make connections and take advantage of the fact that Sound City has got an industry side to it as well.

It's also about making contacts and friends with other bands. Bands sometimes feel that they're in opposition to other acts but that's not the case. Connections you make with other acts can create live opportunities and more.

We also really encourage bands to promote their shows. We obviously promote every band that plays at the festival, but more often than not bands think that's down to the festival to do it all and not themselves. New bands need to be active, retweeting or reposting and really shouting about the fact that they're going to be there.

Sound City is an award-winning metropolitan festival of live music and arts held in Liverpool. This year the event takes place on the 5th and 6th May 2018 to kick-start the UK season in style as it returns to the city’s centre and goes back to its roots.
Visit liverpoolsoundcity.co.uk for more information on the festival.

The artist application process is free and now open until Friday 19th January at midnight. Submit an application here.

by ICMP staff writer
December 12, 2017
Amplify your career
Back to Blog Home