Home » Blog Articles » How to be a successful independent artist

How to be a successful independent artist

We were at the Ditto X conference to learn how to be a successful indie artist in 2018. Check out the essential tips... 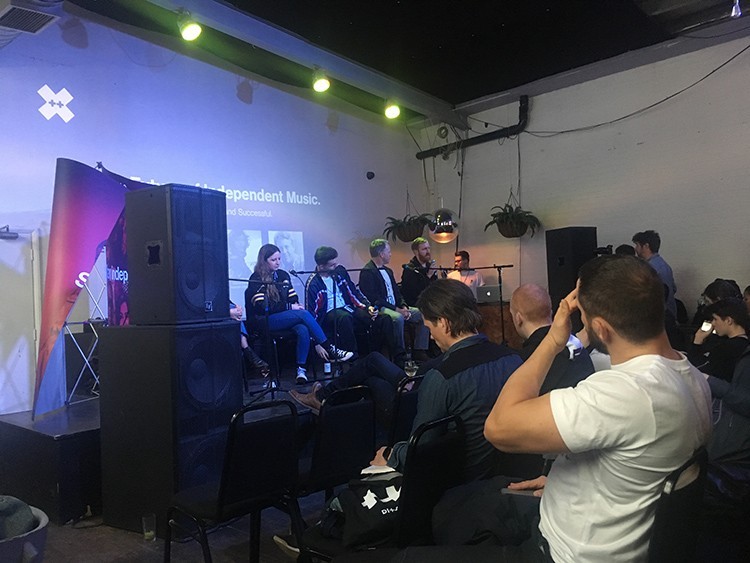 For new artists starting out on their musical journeys, independence is an obvious path.

The accessibility of affordable technology allows you to record, release and market your music without any support as long as your computer is powerful enough.

It means at the start of your career you can be self sufficient and do a huge amount of work to launch your music into wider conscience purely by yourself before building your team.

But what does ‘independence’ in 2018 really mean? And how can you ensure you’re as ready as possible for success?

We were at the Ditto Music Ditto X conference to find out more from a panel of experts including Anita Awbi (M Magazine, PRS for Music), Abbie McCarthy (BBC Introducing), Chris Mooney (Ditto Music) and John Fischer (Vice). Check out what we learned…

It’s a great time to be unsigned and independent

Anita Awbi (AA): PRS has seen a huge influx of new and unsigned artists with membership now almost at 130,000. It seems that the unsigned path is the one seen as arguably the most legitimate one for artists these days.

Abbie McCarthy (AM): The power is in the hands of the artist. If you are independent and signed to PRS, you get everything from PRS. If you sign to a label, then they take a cut of your revenue so you have to work harder to add value to your musical creations.

If you go back 10 or 15 years, the music industry playing field was tipped towards artists signed to major labels. Now you can buy a decent laptop, record it and release it all yourself."

Chris Mooney (CM): Being an independent artist means being an indie label and an indie business. If you look at people like the Chance the Rapper, they’ve had success outside of the label industry as they do it all themselves and speak directly to fans.

JF: Solo artist Oscar Worldpeace did his first London headline show at the Sebright Arms. He designed everything, produced it and it sold out - he controlled all the revenue streams from this. As Steve Albini said in his infamous essay, being independent is all about being in control.

AA: Idles are one of the best indie bands we’ve seen recently and their success is based on the connection they have with their fans. The best DIY artists are those who have the best audience connections. That’s what a DIY artist can maintain more than anyone signed to a label.

There is support out there for indie artists

AA: PRS for Music and PRS Foundation are recalibrating with all these changes taking place in the music industry. The Foundation in particular has loads of funding schemes now open to unsigned and independent artists.

There is no set path to independence

CM: There are many different ways to be independent in terms of the team around you and you have to work this out. There’s no magic wand that will take you to success. You have to discover your own path…

Get a team in place

AB: Being unsigned is the future. Get yourself a lawyer so you’ll always be represented in the best way. Get yourself a live agent if you can so they can get you good gigs; focus on building a core team and making your music the best it can be.

Make the best music you can

CM: Make the best music possible. Ultimately editors at music magazines, blogs and websites want to hear great music . Don’t worry about perfection but also make sure it’s as good as you can get it  before releasing. Set some goals beyond music; I want to make x amount of dollars, I want to get so many 1,000 streams. Look at analytics, then figure out how to act locally and make the best music you can.

AA: You want the instant feedback with the social media loop - but if that doesn’t happen, then don’t worry, keep trying. Another part of the jigsaw is having contact with people – talking to labels, going to gigs, sharing music with other people who are making music. It’s easy to put music on Bandcamp and Soundcloud and no one finds it. So there’s a morale challenge you need to get round…

JF: There needs to be a natural feel to it. Research and personalise your messaging - we get a lot of emails addressed to the Shacklewell Arms but we’re The Old Blue Last. Also, don’t say you’re influenced by the Beatles and the Rolling Stones. Of course, everyone is! So try and be different.

Authenticity is a key to being independent and successful

Authenticity is key: don’t buy plays or streams. If it takes longer, then that’s tough but don’t try and find cheats or work arounds - meet people - they’ll be more interested by real connections - authenticity is where independence thrives…

JF: We know if you’re a band from Hemel Hempstead with 40,000 followers and no one has heard of you, then it's likely that you’ve bought those social media engagements.

Become a success locally first - then go beyond that

JF: A gig swap is a great way to extend your network. Invite a band from London to play as support to you then you return the favour. You can help grow each other’s audience this way…

Visit Ditto's website for more on them and their services.

Read our previous blog from the event on how to get your music playlisted.

by Jim Ottewill
May 14, 2018
Amplify your career
Back to Blog Home