Home » Blog Articles » FEMME: How to succeed as a music producer in 2018

FEMME: How to succeed as a music producer in 2018

We find out what it takes to thrive in the industry in 2018 from FEMME, one of underground pop's indie successes... 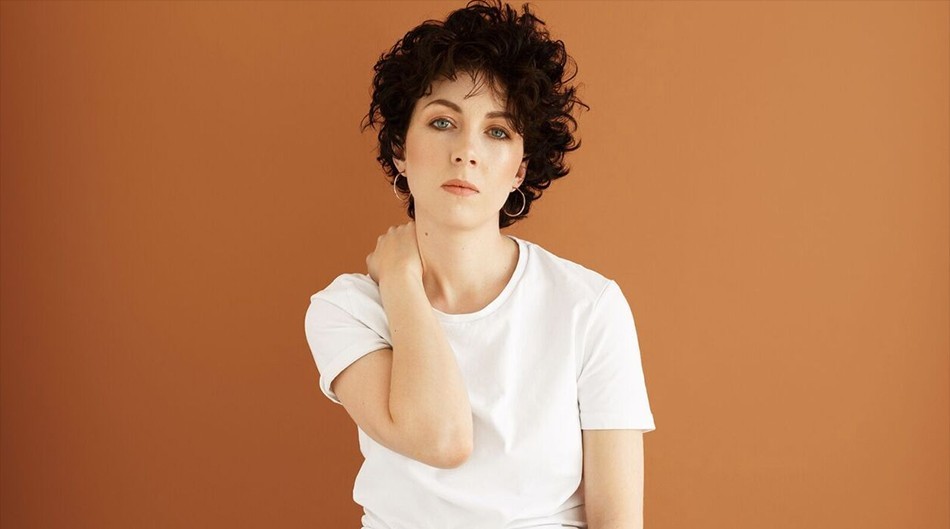 Independent music artists are thriving in 2018 as increasingly more look to take control of their sonic destinies.

One artist who has always been in charge of her music is FEMME, a producer, DJ and creative par excellence. Aka Laura Bettinson, she deals in alternative electronic pop, working as an acclaimed solo creator and as the front woman of Radiohead producer Nigel Godrich's Ultraísta group.

Currently in China thanks to the British Council's Musicians in Residence programme, we quizzed FEMME to learn more about her role as a music producer, her favorite gear and essential tips...

I started writing songs around 16 but I started my musical journey way before that, dancing around my childhood bedroom with Spice Girls and Destiny's Child on full blast.

My parents brought me up on a diet of Motown and soul and in my teens I dove deep into grunge and alternative indie. It wasn't until I moved to London at the age of 18 that I started listening to electronic music. I had my mind expanded by my tutors at Goldsmith's University when they encouraged me to listen to Laurie Anderson, Klaus Nomi, Bjork and John Cage. I began producing my own music after a frustrating six months of being in and out of sessions with pop producers. This resulted in many unfinished songs that lacked a cohesive 'sound' and artistic identity.

I knew I had to learn to record myself to better convey my artistic intentions to whoever I was in a room with. Turns out since that point I have 100 percent written and produced almost every song I've released."

The programming and production of a song has become so entwined with my writing process I would find it very difficult to hand those reigns over to someone else now. To make something for my own project, I have to be in that producer driving seat.

As a producer, what are your favourite pieces of gear/software?

My studio set up is very basic. My career has developed during a rocky recent period for the music industry so I've never had the luxury of massive royalty cheques to invest in the latest gear or cover big studio overheads.

I have a studio at my house in London where I work on Focal monitors, a Blue Bottle Rocket mic which I record my vocals on, a Golden Age pre, various USB controllers, Kaoss pads, samplers and a couple of analogue synths. I adore my Korg Minilogue synth because it's so flexible for something so small and compact. I also have a Yamaha CS-5 which is a little bit more unpredictable but has provided the wobbly bass on a lot of my records. As far as software and plugins I love the Soundtoys and izotope series, and my go to soft-synth is Monark in Reaktor.

I do a lot of my work in the box so my most cherished piece of gear is my laptop, Senheiser HD 600 headphones and little Akai 1 octave USB keyboard. You can get a lot done on long flights with those three pieces of gear.

Don't ever release/play/say anything out you wouldn't die by.

For our students, many of whom are fledgling artists and creators, have you got any words of wisdom to help them as they launch their music careers?

You need to ride it out and stick with it. You live and die on the hype in this industry but as long as you continue to make your best work and continue through the quiet times you'll always come out the other side glad that you persevered."

How can new musicians and artist sustain themselves in 2018?

I think the music industry model has been blown apart in recent years so there's no longer a career 'blueprint' to success.

I've managed to sustain a professional career as an artist for the past eight years because of my success in sync. My music has soundtracked campaigns by Adidas, Boohoo, Uniqlo and most recently the Pro-Evolution Soccer 2019 video game.

It's also been used in a Netflix series, 'Made in Chelsea', and on fashion catwalks. I use the money from these deals to plan my future releases, touring and pay my bills. Some other artists make all their money on the road and have never had a sync in their lives. The most important thing is to nurture your own fanbase, find out who they are and how they would like to support you. That may be through buying tickets to your shows or amassing large numbers of followers to the point that brands want to pay you money in sponsorship. Or you might be a recording artist who has huge success on streaming platforms and never tours outside of that. There's no one-size fits all anymore. Find your fans and do what suits you.

What are your thoughts on the music industry in its current state? It seems that tech has meant being 'independent' seems like the best and most viable option for new artists?

It's certainly suited me as I've never really made music that fits into a neat box and so I've had to carve out my own independent path.

I've been considered too alternative for major labels but not weird enough for the tastemaker indies. However, this has proved to be very lucrative in the sync world because I own all my own masters so when those deals come in, the majority comes right back into my pocket."

It means I can afford to live, plan ahead and pump that money into other areas of my career that need it.

At the same time, the major label system is still an undeniably extremely powerful force in the industry and if it's behind you and everything clicks into place at the right time it can catapult careers quickly and globally. The problem with that model is I've seen so many talented peers get signed, then unfortunately get shelved and never release anything. I personally wouldn't be able to be stifled in that way so I was never willing to take that risk. I guess I'd rather play the long game. Slowly slowly.

What projects have been keeping you busy? And what's next for you?

So much! My EP has just come out which explores a different direction for me, stepping away from pop and further into house and wonky electronica. I've just been on a six week artist residency in China - a project funded by PRS and the British Council - which includes DJing, doing production masterclasses for women who are interested in electronic music and I played my first headline show over there, accompanied by Chinese musicians and vocalists. After that they'll be more music to come and an album from a side-project of mine with Nigel Godrich which is on the cards for a 2019 release..

Visit femmehq.co.uk to find out more.

by Jim Ottewill
October 30, 2018
In the studio
Back to Blog Home