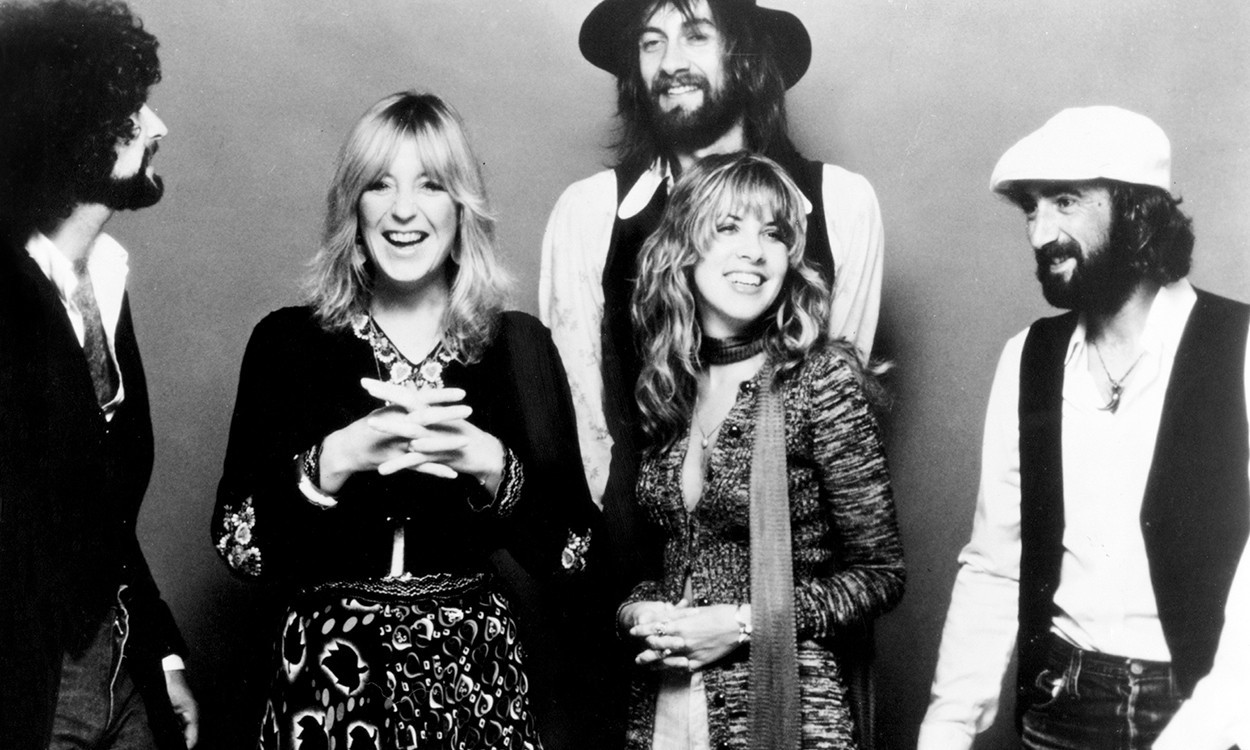 This blog post is a chapter from How Pros Make Hits by Tom Frampton, posted with permission.

'The Chain ' is one of the best-known tracks from Fleetwood Mac’s 11th studio album ‘Rumours.’ It topped the Billboard charts for 31 weeks, won a Grammy Award for Album Of The Year and went on to sell over 40 million copies since its release in 1977. It was produced and engineered by Ken Caillat and Richard Dashu and is the only song from the album to credit all 5 bands members: Lindsey Buckingham (lead vocals, guitar), Stevie Nicks (lead and harmony vocals), Christine McVie (keyboards), John McVie (bass), and Mick Fleetwood (drums).

The creation of The Chain is an interesting tale of cocaine-fueled studio sessions, emotional rollercoasters, experimentation, and pure musical genius. Let’s delve into the details of the creative process to see what we can learn.

Evolution Of The Composition

A lot of the songwriting for the album evolved from jam sessions that were re-worked to become songs. The Chain began it’s life as the band was jamming a song called Butter Cookie (Keep Me There). During the jam, bassist McVie came up with the famous bass line that ended up connecting the first part of the Chain to the outro instrumental. It was the first song they worked on during the 12 month recording period, and they revisited it many times. It wasn’t until 3 weeks
before finalizing the album that Buckingham picked up a Dobro, re-wrote the verses and gave the chorus a completely different rhythm. They kept the original idea from the jam, wrote a new
beginning, and used McVie’s incredible baseline to connect the two.

This process leaves space for accidents to happen and for inspiration to rise out of vibing off the other performers. Even if you’re a solo musician or a single producer creating a song, you can jam along with your existing arrangement to spark new ideas with your creativity unrestricted. 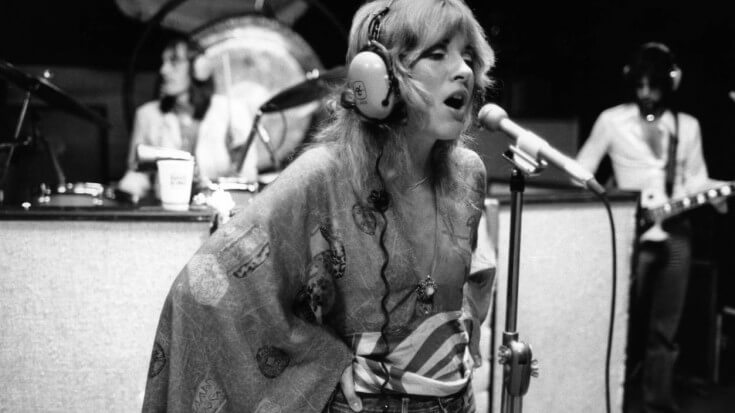 During the mixing stage, Christine McVie noticed that her keyboard arrangements were conflicting with the guitar in the song ‘Don’t Stop’ as they were both playing the same register. Rather than reaching for a corrective tool such as EQ or panning, she re-recorded her part with new chord voicing in a lower register to improve the separation. It worked so well that from that moment, she would naturally be aware when parts were clashing and re-compose her part to make the mixing engineer’s process more manageable.

This is a great lesson in solving the issue at the source rather than trying to makeshift a fix in post-production. Thinking about the processes ahead and allowing that to guide your composition can help make your life easier when mixing and mastering.

The arrangement of The Chain varies from very sparse to very dense during the wildly different sections of the song. Below we can see how the different elements of the mix work together to build a rich and wide sound.

The Dobro and electric guitar give the production its awesome width. The different tones and performances panned hard left and right create a significant sense of width. When the Dobro plays, the guitar is less loud in the mix giving the Dobro the limelight while the guitar adds balance to the right side of the stereo spectrum.

The Harmonium and Hammond Organ play more of a ‘filler’ role in the arrangement with longer sustained notes and just-off-central panning. The moderate panning helps add separation from both the lead vocals and the wider guitars, reducing clashing between the channels occupying the same frequency range.

The bass is played with a plectrum giving it a lot more top-end and bite in the mix. The drums are panned using the audience’s perspective as if they were watching the drummer on stage.

The male and female vocals sing in unison and are both mono. This leads to them feeling far back in the mix. A modern mixer might pan one slightly left and the other slightly right to give them their own space in the mix while still being mostly mono. 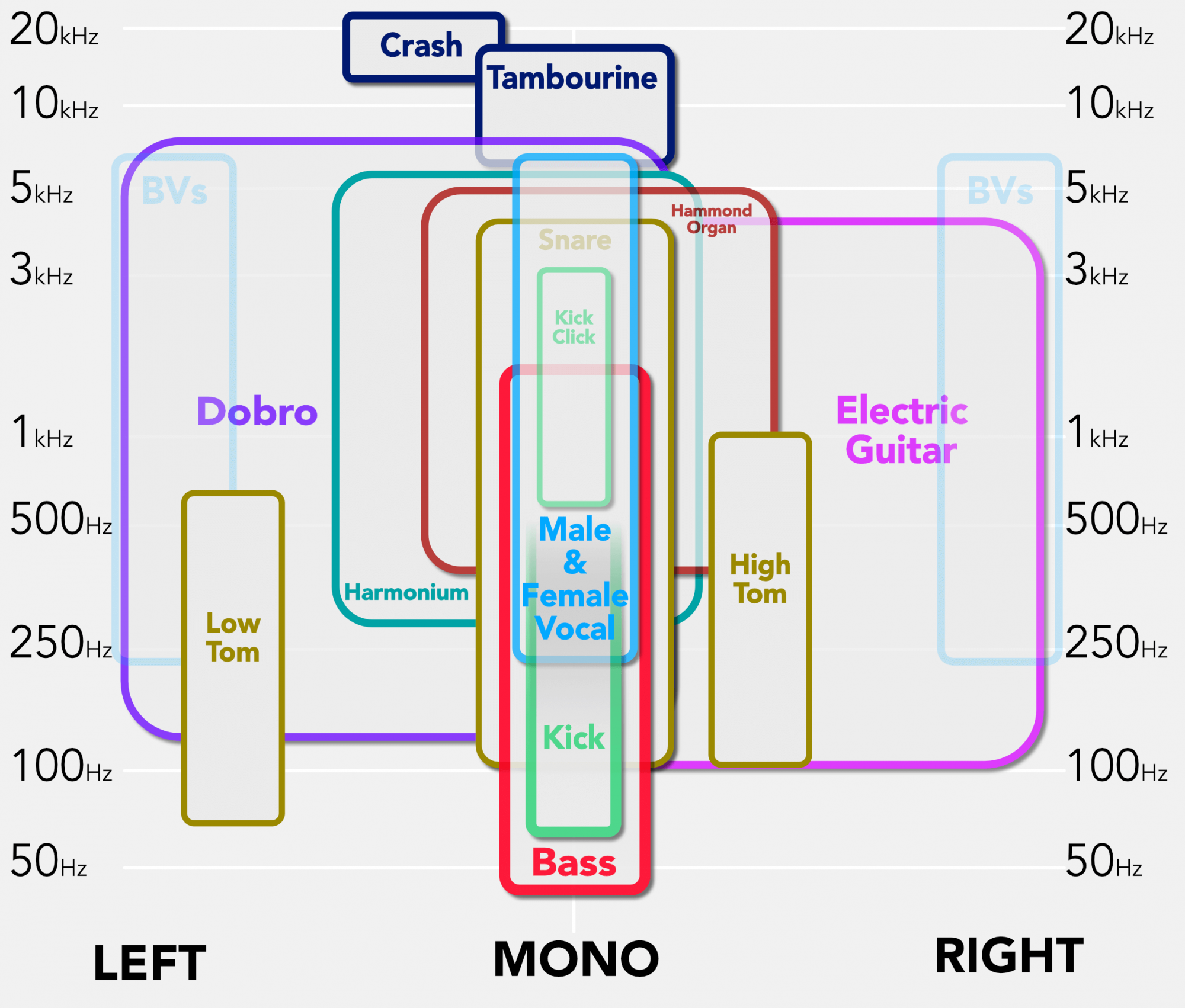 The first thing we notice from looking as the waveform of The Chain is how the track crescendos and builds from start to finish. The loudness range of 14.1LU quantifies this.

The outro of the song is where the track hits the loudest point of -7.8LUFS short-term. With the true peak hitting +0.10dBTP we can assume they worked back from this point and made sure the other sections of the song built up to the final loudness of the outro. I find it helpful to set the loudness of the loudest point in a track and work backward from there, making sure the verse and build-ups have a good dynamic variation from the chorus or drop. This helps you ensure your compressors and limiters are never working too hard.

EXPOSE is showing a couple of short moments where the track is not balanced between the left and right speaker. If this was happening for more than 5 seconds, it could lead to a strange listening experience for the audience, but in this case, the short length doesn’t have a negative effect.

What Did We Learn

This blog post is one of 40 chapters in ‘How Pros Make Hits’, an eBook created by Mastering The Mix. Music surrounds us. It’s everywhere. Your music has the potential to connect with millions of people. Don’t produce another second of music without first learning how these pros did it to give yourself the best chance of success.

by Tom Frampton
November 9, 2019
In the studio
Back to Blog Home