Covid-19 and the Music Industry

As the UK bars, pubs and live music venues all go dark and on hold for several months, the career-minded artists and businesses show their inventiveness and adaptability... 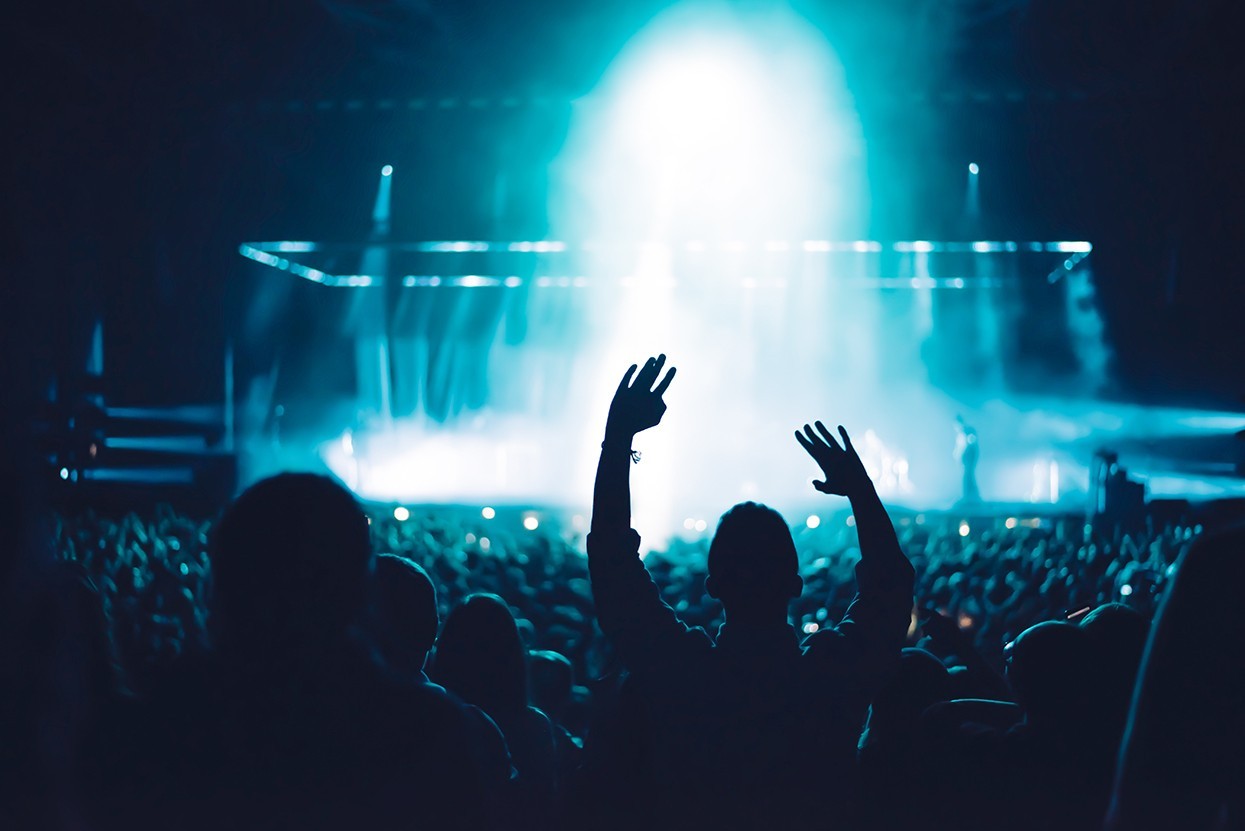 Keeping up-to-speed with how Covid-19 is affecting the music business is literally a 24/7 job at the moment, with changes happening all the time.

Words like ‘survival’ and ‘melt-down’ are frequently heard in any such discussion and there’s no doubt that it will be a changed and chastened music industry that emerges from this hopefully never to be repeated, once in a lifetime event. 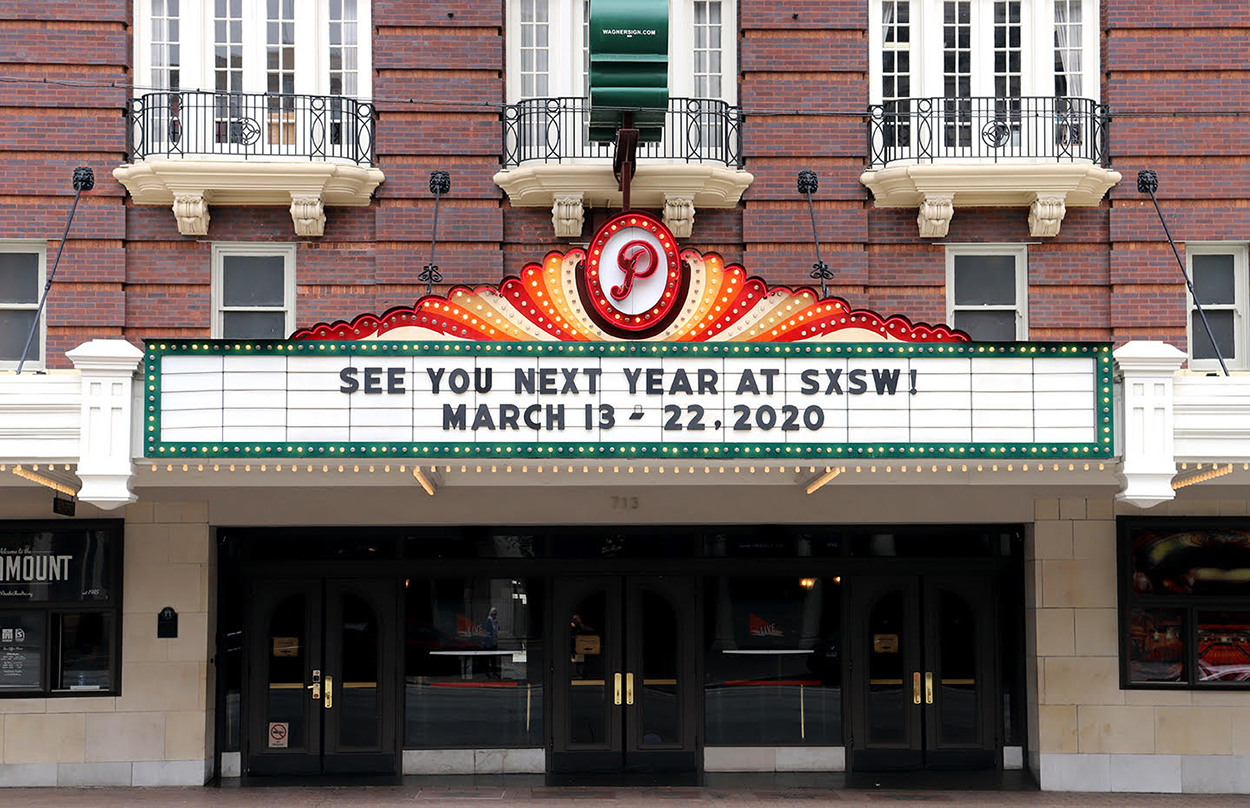 The first major music business event to be taken out by the coronavirus epidemic was the annual South By Southwest festival, originally founded in 1987 and held every March for the past 12 years in Austin, Texas.

This now huge event in the business calendar is attended by some 8,000 music business executives from around the world and within the week it lasts, over 250 artists and bands perform in the official SXSW showcase programme. 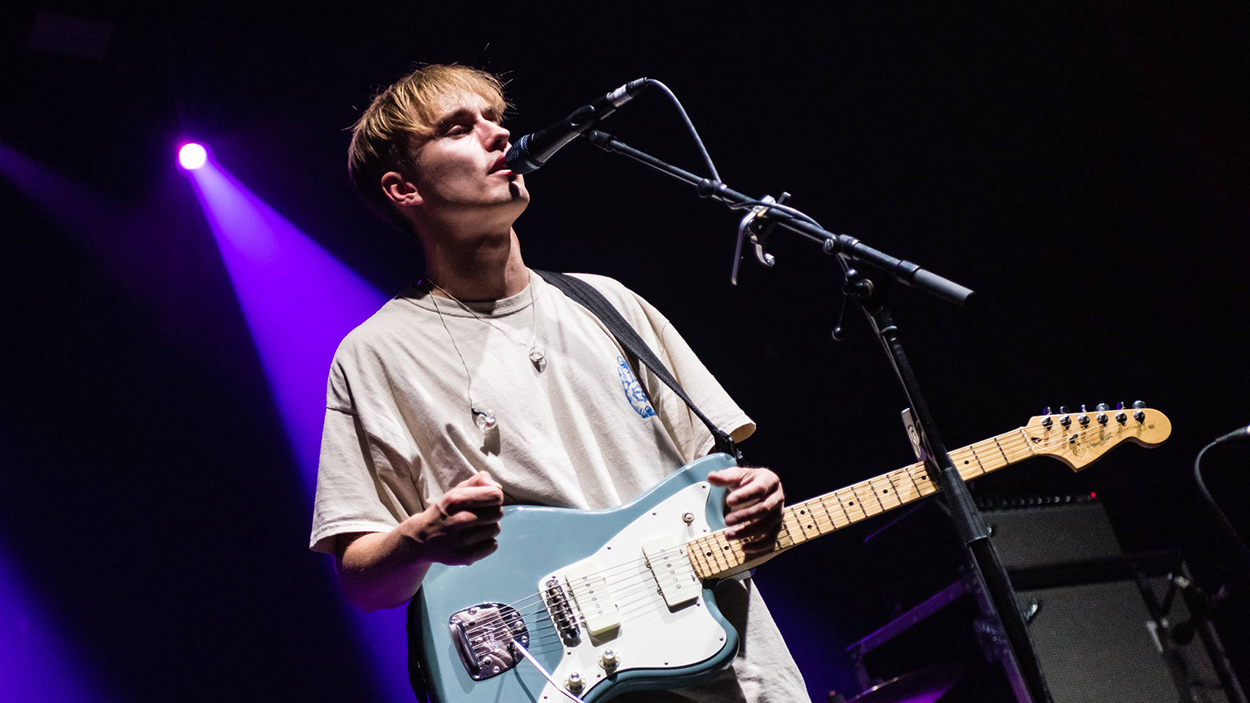 The UK even has its own dedicated music venue at SXSW, The British Embassy, sponsored by industry trade associations in which musicians and artists from all over the UK perform.

In 2019, over 50 acts played at ‘The Embassy’, including the year’s BRITs Critics’ Choice recipient, Sam Fender. The PRS Foundation had helped over 40 UK acts to get to SXSW in 2019 and were looking for similar at the 2020 edition. 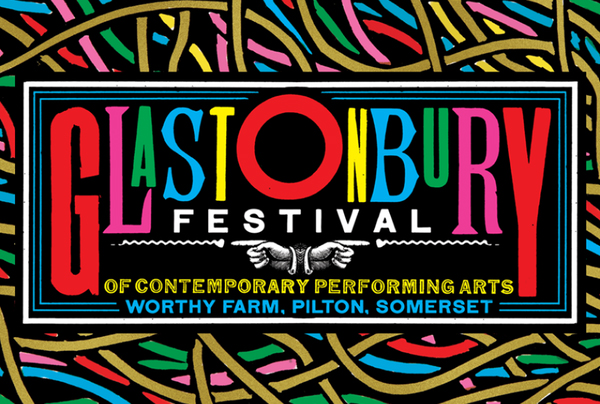 It is the live industry and cancellation of concerts that has perhaps been the most prominent effect of Covid-19. The Musicians Union calculated that UK musicians have lost close to £14 million in earnings in March alone, due to coronavirus.

Almost all the summer’s major festivals (including Glastonbury), have been either cancelled or rescheduled. Live Nation the world’s #1 concert promotion and ticketing company have seen its market value and share price shredded, as it cancelled virtually all its concerts over the next couple of months. 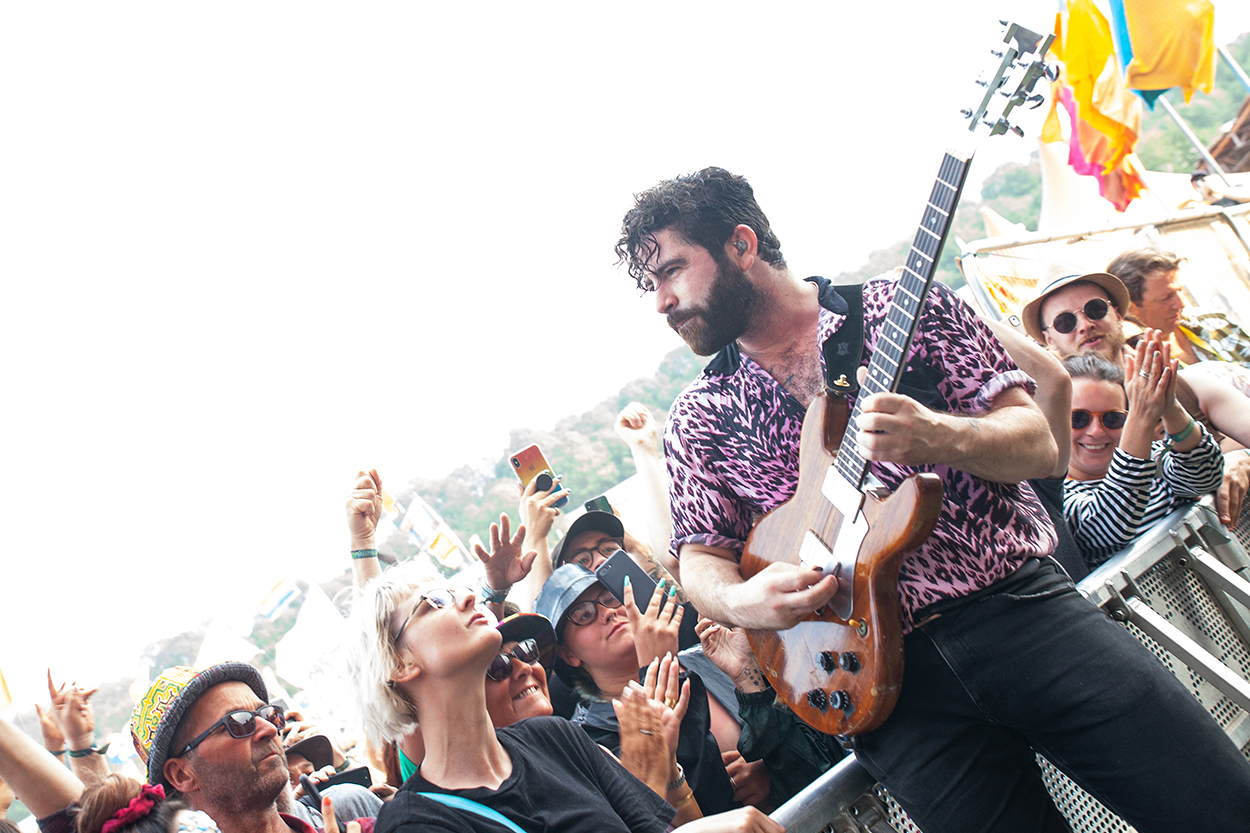 Tours planned by Stormzy, Foals and The Who have all been postponed for now and at the time of writing, every live music venue in the UK is closed until further notice. According to the trade association UK Music, the live industry is currently worth in excess of £1 billion per annum and concerts attended by close to 25 million people each year.

The ‘Live’ sector is commonly thought to be the largest part of today’s music business…as a direct consequence of the virus (depending on how long it lasts), that might well not be the case in 2020.  Taking a more global view, America’s Rolling Stone magazine carried the headline ‘Everything Is in Chaos’: The Concert Business Stands to Lose Billions From Coronavirus’. 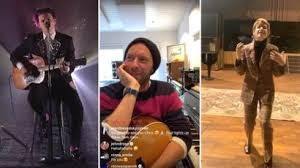 Many artists in response to this shutdown have started to explore the potential of live streaming to connect to their audiences. The singer-songwriter Janet Devlin and artist Yungblud are two such examples, who have recently played ‘concerts’ that they have performed specifically for the fans via live-streaming – 200,000 people tuned in for Yungblud live, it can now be found on YouTube.

The Soundcloud music sharing platform launched a live streaming partnership to help working musicians generate income from playing live. In America, Coldplay’s frontman Chris Martin played the “Solidarity Sessions” set of streamed performances - an initiative launched by the World Health Organisation. The ‘Coronavirus Concerts’ on Instagram, Facebook and other social media today could all become the norm for tomorrow, as it looks like several months before live concerts can resume. 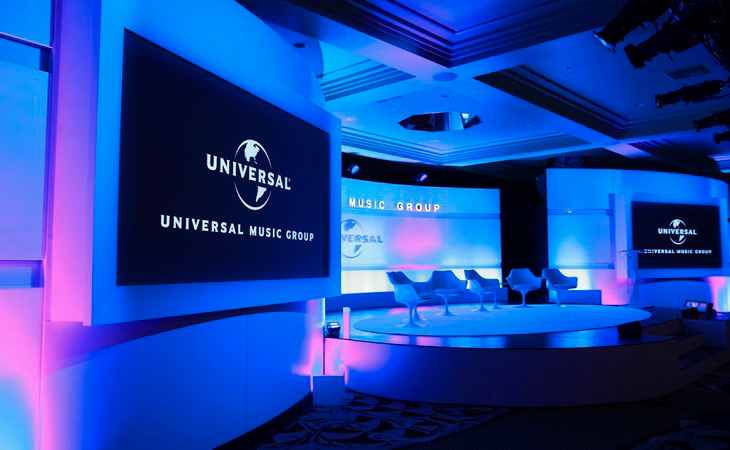 The major record companies have now closed their offices in London – Universal Music in Kings Cross & Warners in Kensington being the first in early March and Sony quickly followed suit. By mid-March, all Spotify employees were working remotely from home with founder & CEO Daniel Ek stating that the industry had as a whole “an obligation to help delay the spread of the virus and thus the expected pressure on healthcare systems”.

Spotify has also launched the ‘Covid-19 Music Relief Project’, starting with a fund of $10 million to help the music community during the pandemic. In the UK, Spotify has linked with PRS Foundation and Help Musicians UK to channel money to musicians and creators through their existing aid programmes. In addition, the platform is pivoting to enable artists to fundraise directly from fans through their artist profile pages and adjusted the terms and conditions and fees of its artist tools SoundBetter and Soundtrap. In announcing these measures Spotify said,

Combatting the impact of this pandemic on the music industry will take a massive global effort, and we are working quickly to assemble and optimize these new resources.”

“In this time of global distress and concern about the impact of COVID-19, we’ve been inspired by people in towns and cities everywhere whose fundamental humanity is shining through when we need it most.” 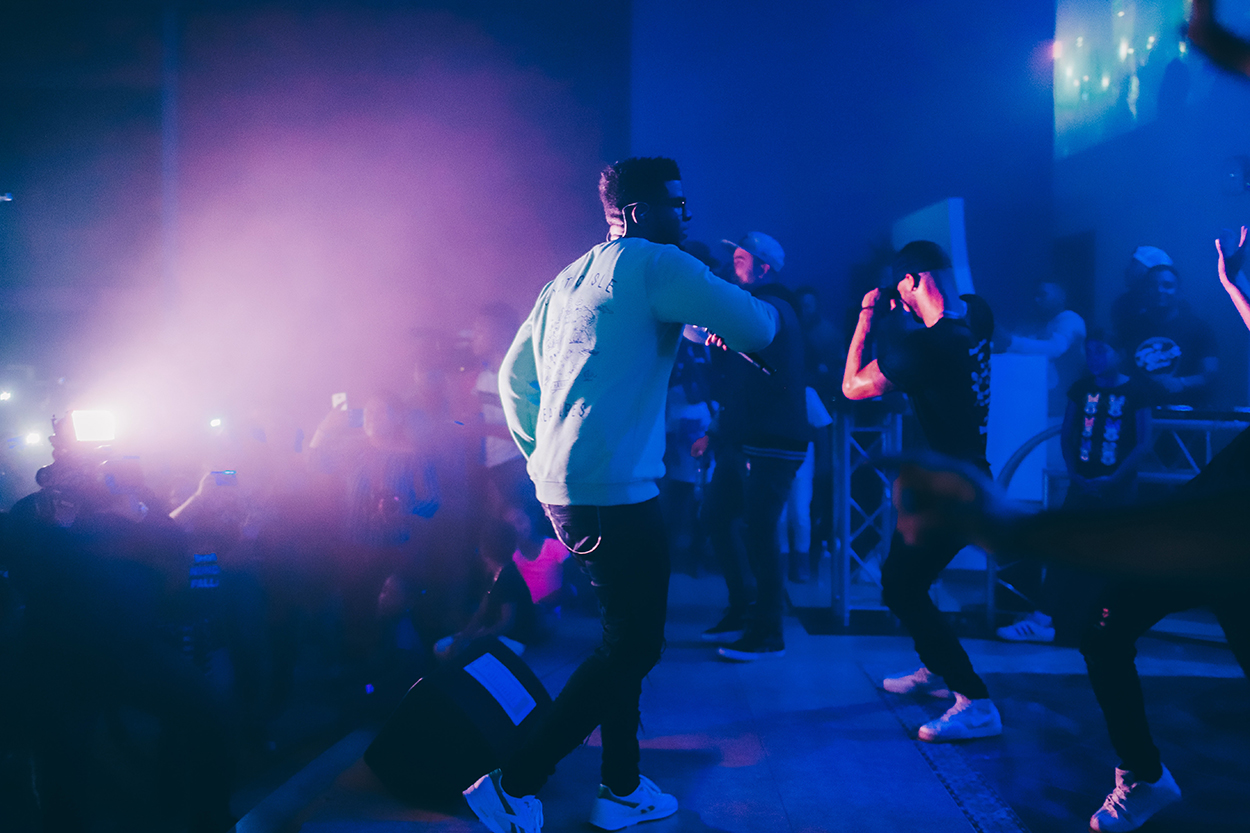 The industry has lobbied the UK government for support through what are anticipated to be some of the most difficult and testing times to come. UK Music chief Tom Kiehl has warned that coronavirus could deal a ‘hammer blow’ to the music industry and called for urgent Government action to swiftly put in place a framework of support for the music industry to combat the impact of coronavirus.

In a letter to the UK Culture Secretary, Kiehl mapped out a seven-point plan including measures for VAT ‘holidays’ and business rates relief to limit the damage to a UK music industry – an industry that before Covid-19 supported over 190,000 jobs and contributes £5.2 billion a year to the overall economy.

Paul Pacifico, CEO of AIM the Association of Independent Music, highlighted how vulnerable the army of freelancers and self-employed industry workers, including musicians, were;

“While we welcome the latest measures the government has announced today, including wage subsidies that will be a huge relief for many British SMEs having to make cutbacks at this time, there is one crucial part of the workforce which is still left high and dry... Today we are urging the Chancellor – Rishi, please do not ‘wash your hands’ of the self-employed.

The UK economy benefits substantially from over five million self-employed and freelance workers, who also make up a massive 70% of the UK music industry.”

More generally, the majority of UK trade associations have sent a joint letter to the government with the warning that the music business faces “an existential battle for survival (in which) it is vital that the Government does everything it can to support the industry with an urgent package of measures so we can do our best to weather this pandemic….the Government must now act swiftly to do whatever it takes to safeguard the future of our world-leading industry.” 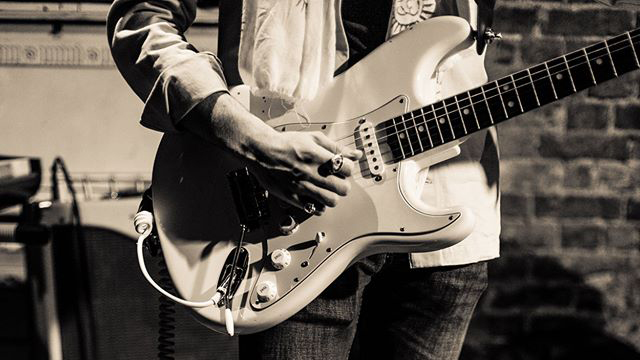 Coronavirus could well be the ultimate nightmare scenario for the music industry and destroy the delicate eco-system, in which everyone from the one-person start-up to the multinational corporation, plays their part. On the other hand, music always tends to bounce back and changed circumstances will always bring new opportunities.

As the UK bars, pubs and live music venues all go dark and on hold for several months, the career-minded musician and independent artist with inventiveness and adaptability has space and time to develop a new and perhaps deeper relationship with their audience and fans, waiting in patient isolation for this nightmare to end.

To assist with supporting Record Stores during this period,  we've put together a round-up of our favourite record stores  as part of the  #loverecordstores campaigns

We've also created an epic round-up of all of the amazing audio resources that have been made free to musicians during this period.