Home » Blog Articles » The Bands We Want To See Reform

The Bands We Want To See Reform

We surveyed 2,000 music fans to find out which bands they’d love to see reform…Here's what they said. 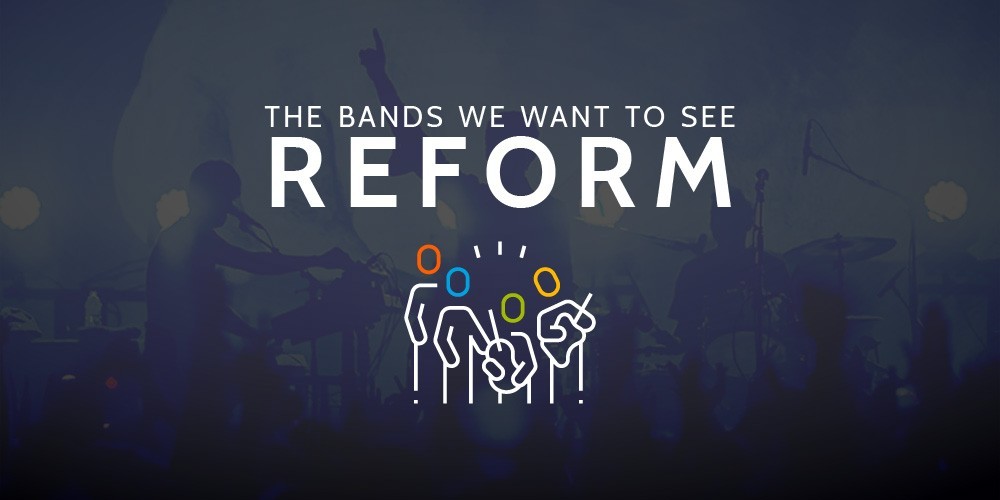 Whether it’s a love for the music, each other, or maybe just a lucrative payday, there seems to be something that always brings our favourite bands back together, no matter how bad the split may have been.

2019 has seen the likes of the Spice Girls head back on the road (minus one member), while even bands such as Guns N’ Roses have reunited in recent years when it seemed like there were better odds of hell freezing over.

But which bands do we want to see back on stage more than any others?

We surveyed 2,000 music fans to find out, asking them to name the bands they’d love to see reform… 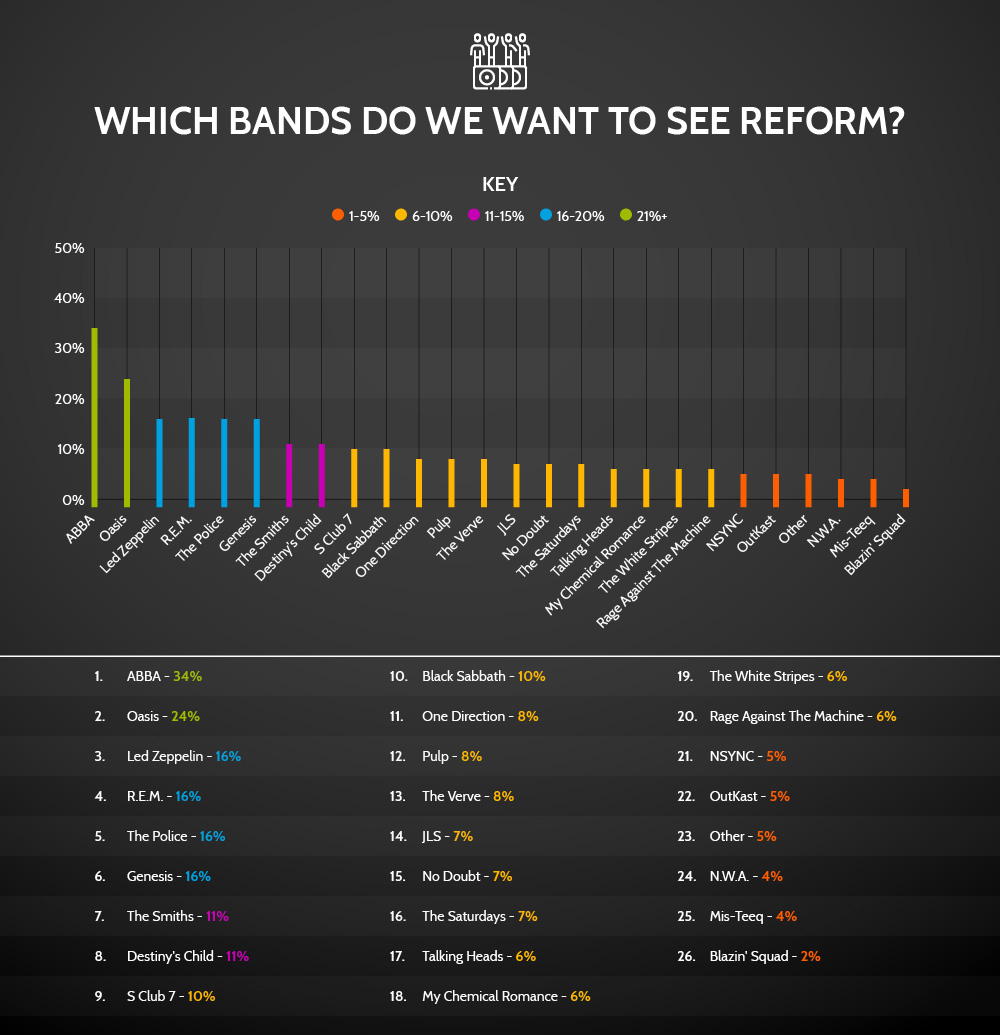 Perhaps inspired by the recent success of the Mamma Mia! movie and its sequel, it turns out that ABBA are the band that we most want to see back together, with the group cited by 34% of respondents.

While the group have at least made public appearances together in recent years, we’ve yet to see any new music and the odds of a proper reunion tour still seem slim.

Unsurprisingly, Britpop icons Oasis took second place, although unless relations between the Gallagher siblings improve rapidly, this is another one that we could be waiting a while for! 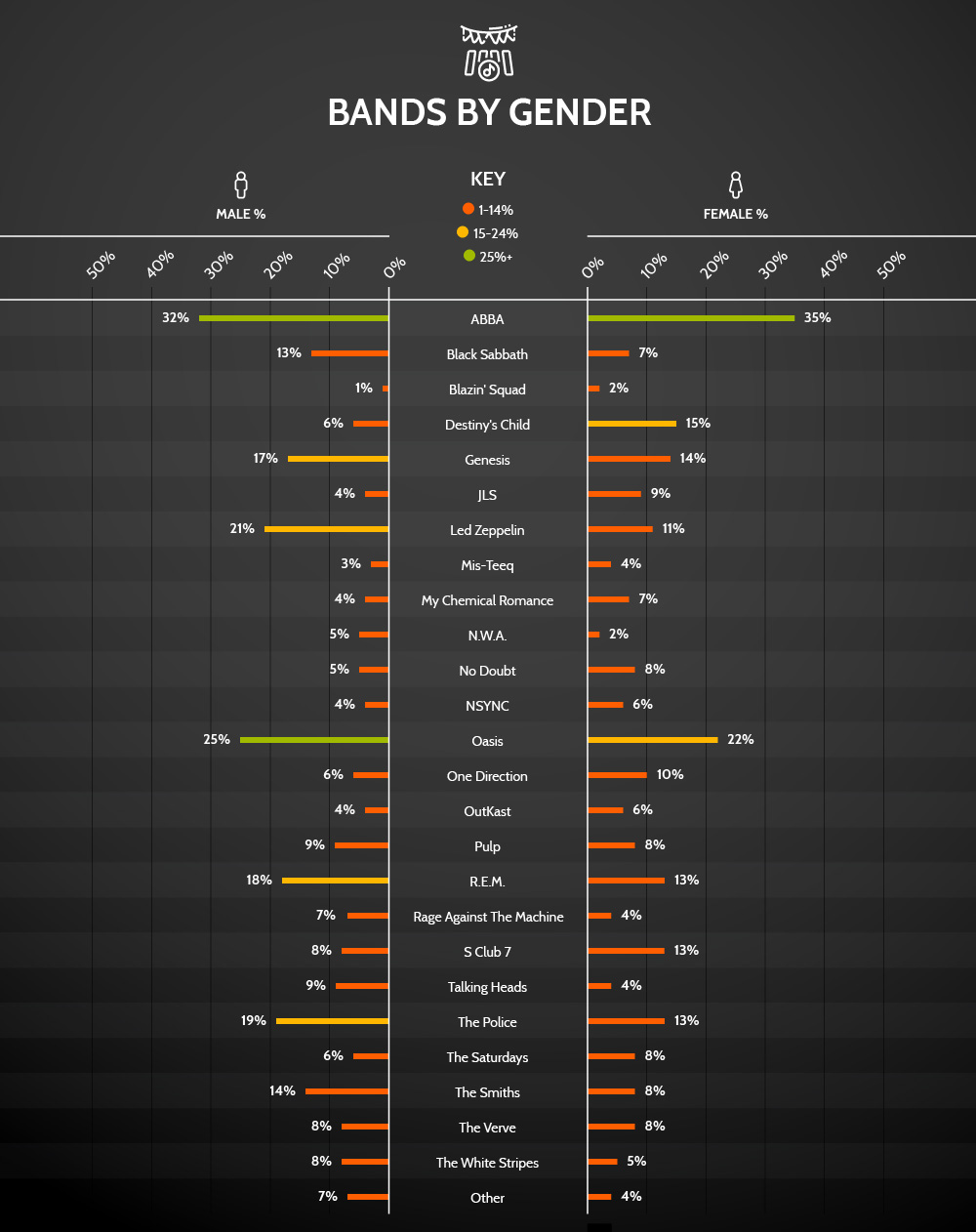 When we break things down by gender, the love for ABBA and Oasis remain the same, but there are also some pretty clear differences.

For example, while 21% of men wanted to see legendary rock band Led Zeppelin reform, only 11% of females said the same.

In fact, Led Zep took third place when it came to men, a position taken by Destiny’s Child amongst females, with 15% wanting to see Beyoncé get the girls back together, compared to just 6% of men. 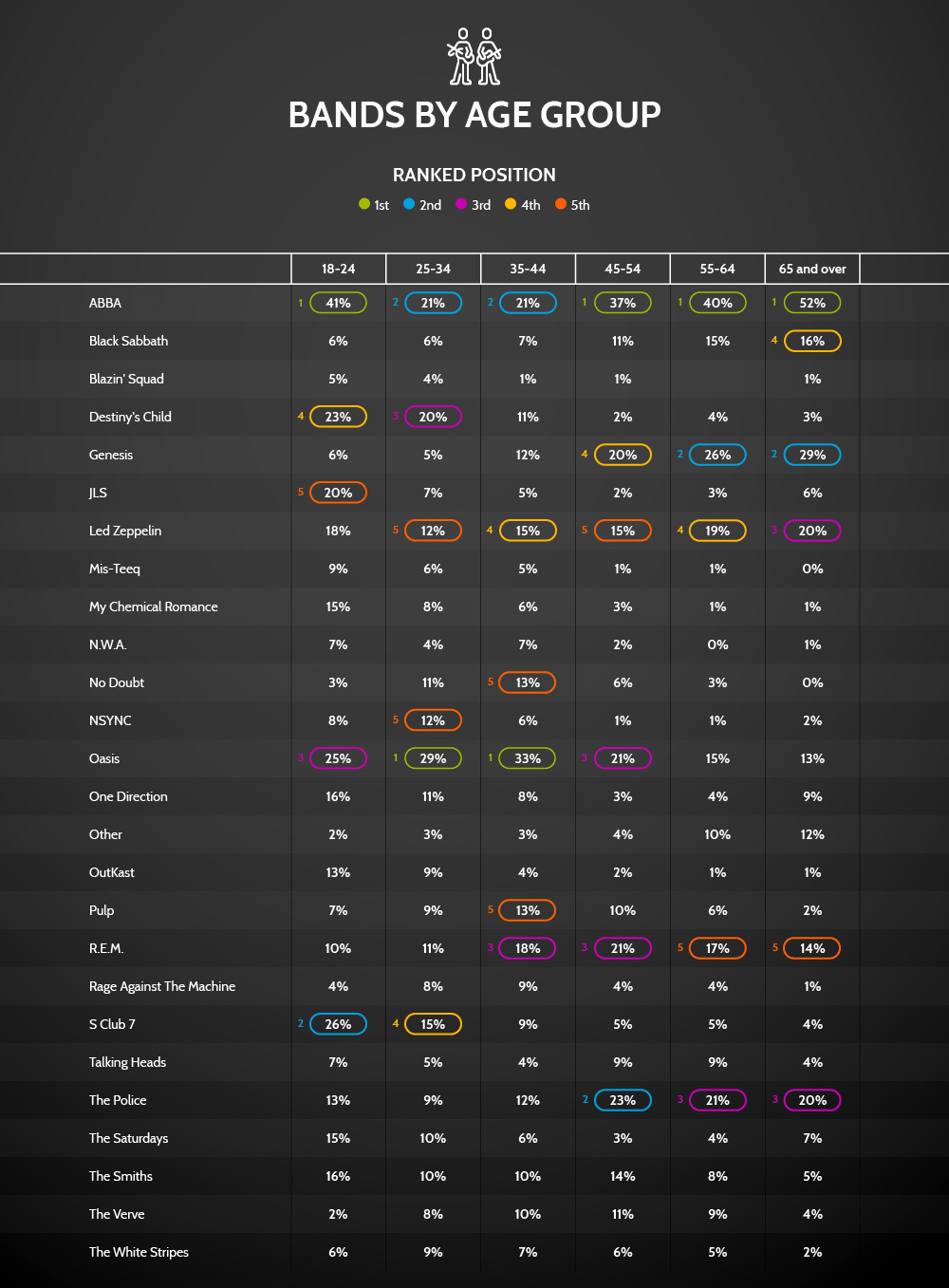 Finally, we also took a look at how things broke down between different age groups, where there were some real generational trends.

Perhaps most interestingly was the fact that ABBA seem to have gained themselves a new generation of fans. While lots of the old fans wanted to see them reunited (including more than half of over 65s), so did 41% of those aged between 18-24, who were born over ten years after the band’s last album was released

Classic groups such as Phil Collins’ prog-rockers Genesis were hugely popular with older fans, with 29% of over 65s and 26% of 55 to 64-year-olds wanting to see them reform, but just 5% of those between 25 and 34 said the same.

However, the opposite was true when it comes to the younger generation, with more recent pop acts such as S Club 7 and JLS proving popular.

While the odds of some of these bands reforming are admittedly slim, you can never say never and we reckon we’ll be seeing at least some of them returning to the stage together at some point in the future!

by ICMP staff writer
August 14, 2019
Insights
Back to Blog Home