Are NFTs "near foolish transactions"?

or the next big thing in art and music commerce? 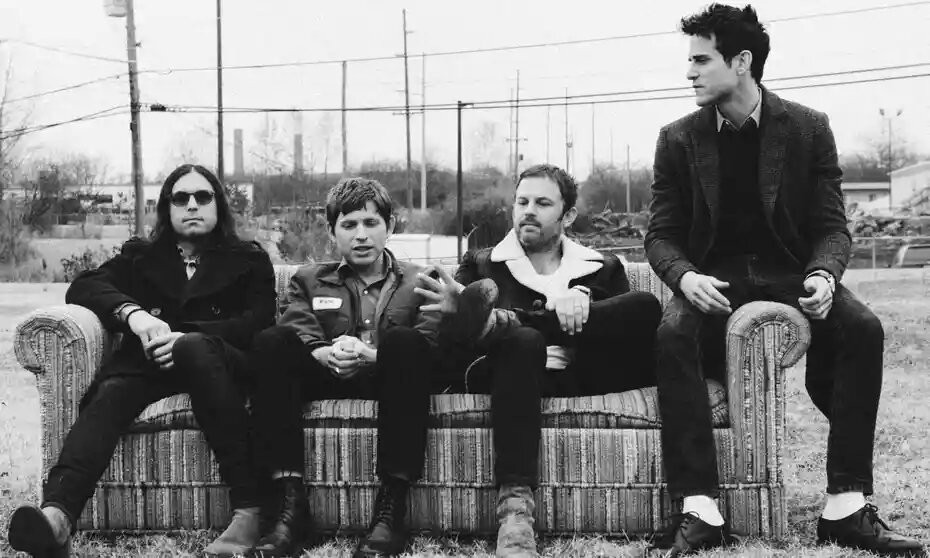 Mike Winkelmann - the digital artist known as Beeple - has created a picture every day and posted it online for the last14 years, without missing a single day.

His purpose has been to help him 'get better at different things', as he mentions on his website. Beeple made history in March as his piece 'Everydays: The First 5000 Days', a collage of his work starting from the beginning of this project, sold as an NFT for $69 million at Christie's.

According to the auction house, the sale positioned him "among the top three most valuable living artists", but the auction's winner doesn't get much: a digital file, plus some rights to present the image.

How do you go from giving away your work for 14 consecutive years to selling the 'same' art as a digital file – which could be easily duplicated and downloaded all over the internet – and becoming a millionaire within a day? The answer lies in understanding why NFTs are fundamentally different to simple digital copies of any piece of art or content. 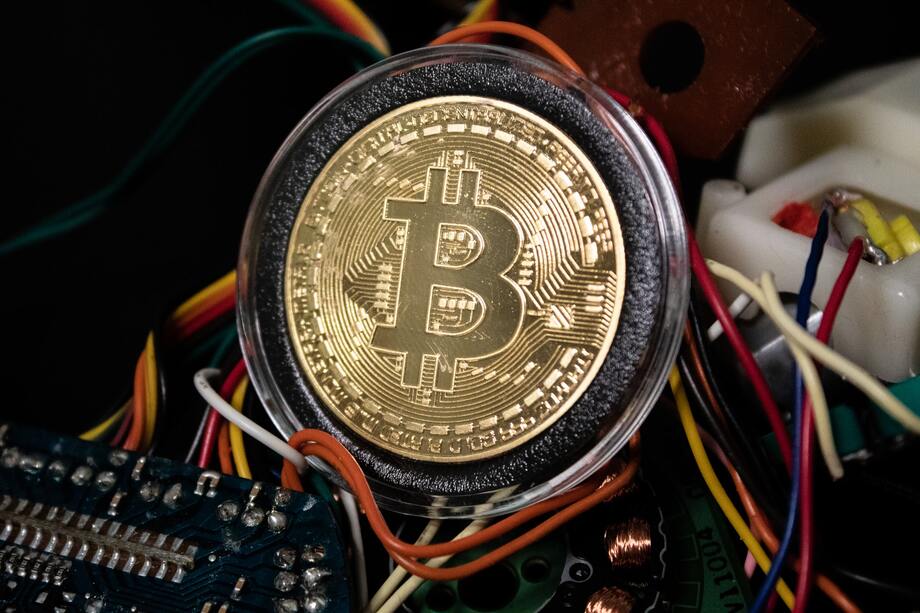 Non-fungible tokens or NFTs are unique or scarce assets and hence not easily interchangeable. There is only one original painting of da Vinci's 'Mona Lisa', for example, a scarcity that justifies its colossal value. Whereas a fungible asset consists of units that can be readily interchanged – money, for example. You can swap a £20 note for two £10 notes, and the two notes will have the same value.

Cryptocurrencies are fungible too — trade one for another bitcoin, and you'll have exactly the same thing. A piece of digital art is no different – it can be copied readily, usually with just the simple duplication of a file. NFTs put an end to that by allowing digital artists to authenticate their work easily and in a fraud-proof way through encrypting the digital source of a piece of art with blockchain to ensure the identity of the definitive version of that work. This process is called tokenising or minting and makes NFTs traceably authentic and unique or scarce.

To put it simply, an NFT contains a specific set of data stored on the token about who created the content, the price it was sold and the owner of the work. As in the case of cryptocurrencies bitcoin and ethereum, blockchain technology ensures that all this information is unchangeable and fraud-proof. Hence, each NFT is a unique digital property and thus represents a certificate of ownership. So, while the work may be all over the internet, buying the NFT means you buy the certificate of ownership for it.

Authenticity has always been vital in art. For example, anyone can buy a Da Vinci print, but only one buyer can own the original painting. However, the actual work itself isn't necessarily where the value is held. Therefore, you may have the most valuable artwork in the world, but without being able to authenticate it, it can potentially have a value of zero.

Before NFTs, anyone could replicate a digital artwork, making it impossible to create the perception of scarcity or value. In other words, there could be no market around digital art. The ability of NFTs to confer uniqueness has offered a solution and led to a boom in the collectability of digital art.

How NFTs impact the music industry

In March 2021, Kings of Leon became the first band to release a major album through NFTs. Their album is still available in all the standard formats, but fans can now purchase one of the NFT albums and become the owners of blockchain tokens that grant them access to limited edition extras.

Music industry experts argue that NFT buyers are not necessarily fans. How many fans could spend significant amounts of money on a single digital token? However, there is an element in this technology, which is particularly attractive to artists and rightsholders. NFTs can be designed to suit a creator's or owner's needs by allowing them to collect a percentage of the revenue every time the NFT is sold. NFTs connected to Beeple's artworks, for example, give him a 10 percent royalty every time his art is sold to a different owner. This is not the case in the traditional sales of music products and merchandise. Hence, NFTs can form the foundation of a very effective monetisation strategy in the music industry.

Former Christie's auctioneer Charles Allsopp recently told the BBC the concept of buying "something which isn't there" made no sense. But are there are any rules in the art world? Italian artist Salvatore Garau has been making waves recently with his boundary-pushing sculpture titled 'Lo Sono (I Am)', which, according to Complex, was sold for more than $18,000.

Though that price point is not high in the art world, it's pretty impressive when you consider the work is an invisible piece and made of nothing! Garau, when he spoke to the Italian press about this piece, claimed he likes to think of it as a "vacuum". Unusual or perhaps irrational perceptions of value are not just seen in the art space. A chicken nugget that resembles an Among Us crewmate sold for almost $100k on eBay in June. The nugget, which quickly reached meme status, was first listed on eBay for just 99 cents.

In essence, NFTs work like any other asset. When you buy it, you hope that the value of it will go up in the future so that you can sell it for a profit. Interestingly, NFTs give artworks collectability and value beyond what would usually be expected from what are essentially digital images or audio files. They can be sold to other collectors for as much as they're prepared to pay.

However, Dogecoin creator Billy Markus has pointed out that the cryptocurrency market is mainly driven by the 'greater fool theory'. This is where investors aim to make money from buying overvalued securities because they hope there will usually be someone (i.e. a greater fool) who would be willing to pay a higher price. Investors who follow this approach ignore the fundamentals in financial markets, such as valuations, earnings, and data in general. The downside of this investment strategy is that as the market runs out of fools, prices will drop, and you may end up becoming a greater fool yourself.

Who is buying NFTs?

Academics argue that the market has always had ways in which to store and maintain value. Sceptics say the NFTs' success is a by-product of the cryptocurrency boom, meaning that early adopters of ethereum and other cryptocurrencies are currently sitting on huge profits that they are unwilling to cash out due to tax implications. Investing in NFTs is a way for them to diversify their portfolio while staying loyal to their ethos of supporting new trends and technologies before they hit the mainstream markets.

NFTs still face several barriers to mass adoption. Due to the energy-intensive process required to mint NFTs, experts have raised concerns about the carbon footprint of digital collectables. As a result, many creators are concerned about the climate impact of art sales that rely on blockchain technology. This is why creators and customers have to deal with gas fees associated with minting and buying a product off the blockchain. These are incurred by users to compensate for the computing energy required to process and validate the transactions. Moreover, most NFT marketplaces require buyers to use a crypto wallet. However, only about 70 million people - less than one percent of the world's population - have a crypto wallet, according to Blockchain.com.

Critics question whether NFTs will be around a couple of hundred years from now. Still, supporters argue that whatever the percentage of digital art will eventually be lost, it will undoubtedly be lower than the percentage of physical art that will somehow vanish.

The future of the music industry 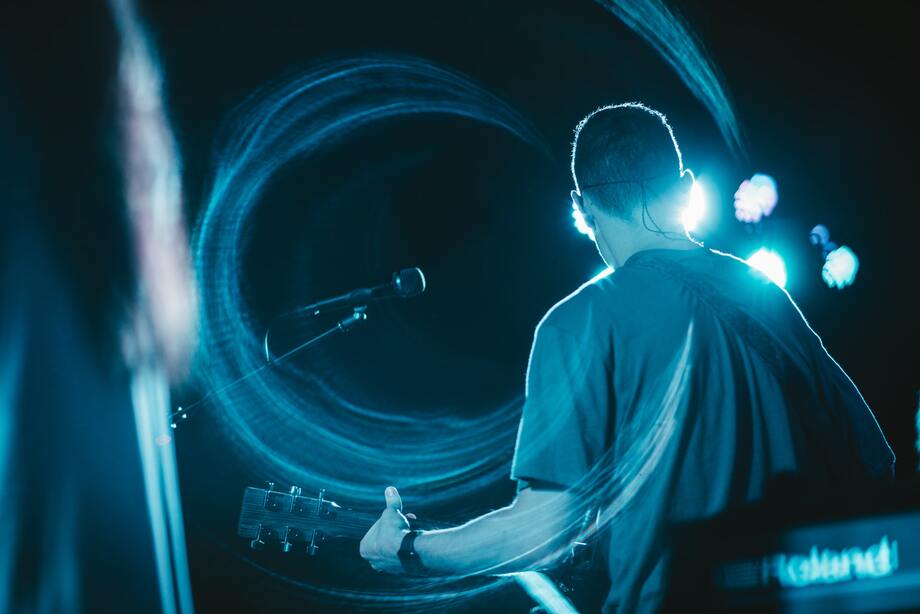 The last two decades saw the music industry facing an unprecedented challenge as it transitioned from an ownership to an access model (from physical sales to online streaming). The recent growth in access-based consumption and subscription models made many analysts and academics (including myself) believe that the new technological era has signified the "end of ownership".

What we seem to have got wrong is that while technology constantly evolves and consumer behaviour is adjusted accordingly, humans will always be humans, in other words there will always be an emotional value attached to ownership. The difference is that as digital natives are a generation growing up in an environment in which computers and the internet are natural components of their lives, they perceive the world through different eyes: what is a novelty for most of us, is something ordinary for them, as Alexei Dingli and Dylan Seychell point out in their paper 'Who Are the Digital Natives?'. Hence digital natives appear to be mostly interested in the "title" of ownership rather than the “tangible” aspect of it (e.g. physically owning a vinyl or a t-shirt from your favourite band). This explains why owning NFTs is not perceived by them as owning "nothing".

Despite the fact that the music business’s main value chain flows from its ability to control creative intellectual property, which is essentially a centralised activity, digital assets, be they digital collectibles or rights are here to stay, according to Bruno Guez, the CEO and Founder of Revelator, a digital asset and blockchain-based distribution platform for creative IP (as mentioned in his recent interview to Music Business Worldwide). Guez argues that the road ahead is long and that without a global copyright framework operating on a chain, the music industry will never be able to reap the benefits of decentralisation.

Our quest to understand the impact of technology on the economic and organisational structure of the market and the effect of human psychology on consumer behaviour is a daunting endeavour - full of surprises and unexpected twists. Nonetheless, the key components of what constitutes a healthy, dynamic, growing market seem to be clearer now more than ever: value, trust (transparency), accessibility (convenience).