Our Masters student Allison Mareek lets us in on how she found her way into the world of musical theatre... 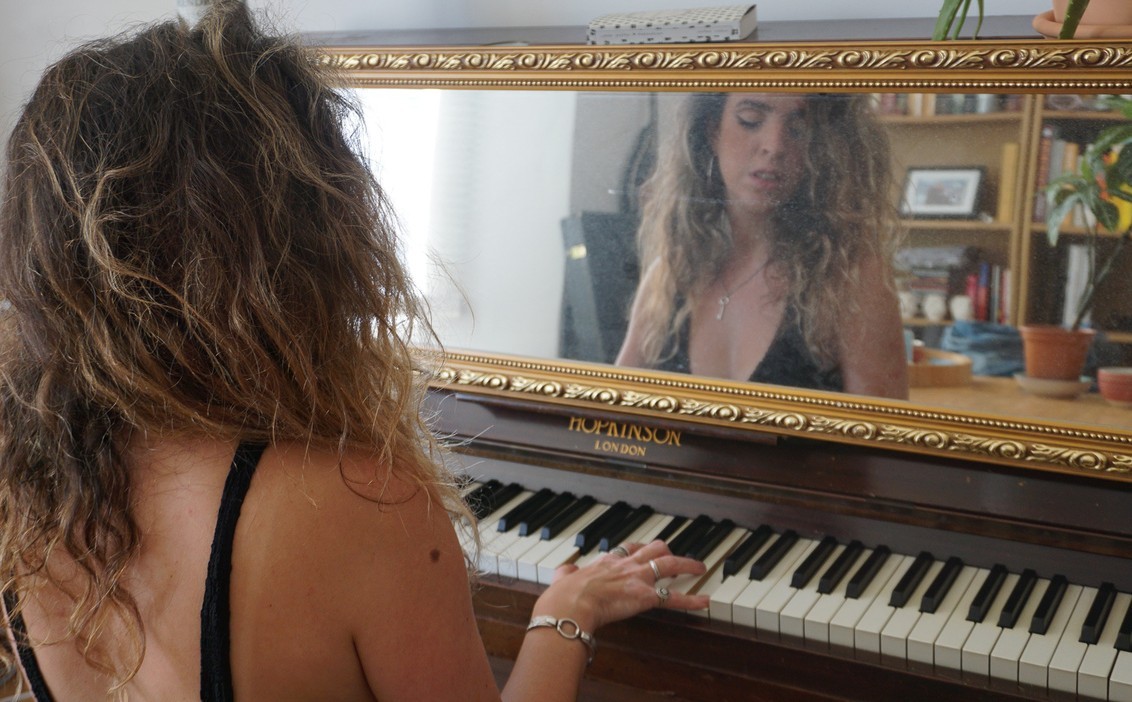 For many songwriters, the world of musical theatre can offer numerous creative opportunities and is one ICMP's MA in Songwriting student Allison Mareek has decided to explore.

Orginally brought up in Paris, Allison worked across various musical projects before studying with us.

She delved into her own piece of musical theatre as part of her Major Repertoire Project.

Alongside, Allison's tutor Julian Blackmore, here we learn more about the project, the challenges and new directions it opened up...

How did the idea for your musical come about?

My musical revolves around two main themes: the imposter syndrome and the world of professional ballet.

When I started the Masters, I was told early on about the final project I'd have to create, and it's actually one of the songwriting briefs that we were given during the Creative Process module that gave me the idea.

The brief was to write a song about 'imposter syndrome', a psychological occurrence where individuals doubt their skills or the legitimacy of their success or talent.

I wrote a song for this brief and instantly felt like there was more I wanted to say. Once I had this first part down, I knew I wanted my main protagonist to be an artist suffering from imposter syndrome - but didn't want her to be a musician as it felt a little too close to home.

As for the ballet side, this came as an accident. I have always been interested in this world but hadn't thought of making my protagonist a ballerina until one day in 2020 when I opened Instagram and watched a video of a prima ballerina dancing while I was playing one of the project's early songs on my phone.

It all fit together so well and I was instantly hooked on the idea!

Who or what have been your biggest inspirations with the project?

While writing the first draft, my two biggest inspirations have been Sara Bareilles and her musical, 'Waitress'; and Lin-Manuel Miranda and his musical 'Hamilton'. I've also read books by Anais Mitchell ('Hadestown') and Aaron Frankel who wrote a 'bible' on how to write for musical theatre in the seventies.

Was this something you had in mind before studying at ICMP?

I didn't grow up a 'theatre kid' in the traditional sense. I was born in Paris where I developed a love for the French version of musical theatre.

The dream to write for this world really came from my love of Disney movies and animation. So when I first heard of the Major Repertoire Project, I saw it as a perfect opportunity to dip my toe into the world of musical theatre for the first time."

What led you to ICMP? And how have your studies informed this final project?

During the first months of the pandemic, I temporarily moved back to Paris. Like many others, I lost a bit of my sense of purpose during that time - especially when it came to deciding what to do with my music career.

So one day when I saw an ad for ICMP, I took it as a lifeline and decided to dive right in so I could develop the songwriting side of my career further. I can happily say that every single thing I've learned along the way of my studies has been integrated somehow into my final project - from arrangements to research skills, to different ways to start a song, and so much more. 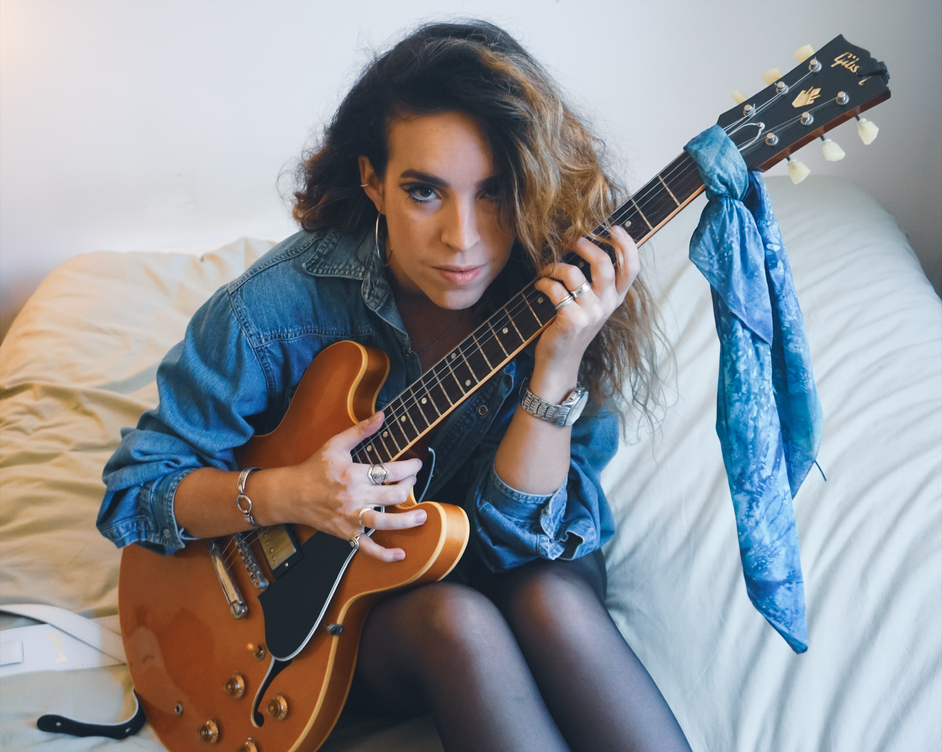 How did Julian support as a student with your project?

From the beginning, I've had an online meeting with Julian every two weeks up until the date of my presentation. Those meetings have been spent discussing the project in general at the beginning, then playing a few of the songs that were added along the way - but mostly Julian has challenged me to go deeper into my research and understanding of what makes writing for musical theatre different from writing for pop music.

Julian has been a tremendous help in refining my musical's plot and learning how to write a script, as well as giving me invaluable insights into the theatre world (and helping to tame my own imposter syndrome at times!)"

We set up regular meetings and at the end of each session agreed on accountability goals for the next one. Theatre can go in a million different directions, and it's all too easy to spend your time mulling over ideas, rather than putting (virtual) pen to paper.

I also suggested resources for Allison to dive into; books on the craft of writing a musical, and devices for helping to plot out the show as a whole to give an overview of the bigger picture.

And of course, reading and listening to the material she came up with and cheering her on!

What were the biggest challenges with Allison's project?

Julian: Allison was keen that her story be a full length musical (as opposed to a 10 or 20 minute one-act show). These things take a lot of time and energy to write and develop, plus multiple rewrites as you learn more about the characters you gave birth to. Creating even the bare bones of a full length musical in such a short space of time is an ambitious goal. And when it's one person writing all three elements (book, music, and lyrics) that's a lot of creative pressure!

Allison had no experience writing the book for a musical, so this was unexplored territory. Ultimately, she very much enjoyed the process, but by the end realised that next steps would involve bringing on a bookwriter to help craft the story more.

What are your plans with the project? Where are you at with it - and what is next?

Allison: I have given this project a break for the end of 2022 and stopped at a finished first draft with a solid first collection of songs and reprises. There is a lot more work that can (and hopefully will) go into this project and I look forward to picking up where I left off sometime in 2023.

I would like to start with a table read of the first draft with the songs sung by a cast, possibly to an audience in a small theatre, and then move on to start work on a second draft and so on - until I hopefully get the chance to stage the first version of it in the not so distant future!"

What other projects have been keeping you busy? You’ve just released an EP?

Yes! This is the main reason why I have put the musical on hold for a little while. Since January 2022, I have also been working on my first solo releases and have created my first EP which was released in December 2022.

The EP has four original songs (mostly written during the Masters) and two instrumental interludes linking the songs together so as to create a musical pause in our distraction-riddled realities. It is available on all streaming platforms under my name 'Allison Mareek' as well as through my social media accounts.

Then on 20th January, I released the first single from a secret second EP called 'All Hearts Break'. It is the first of three releases leading up to the second EP the “dark” side:  “from dusk till dawn”.

They are musically very different but complementary and really represent a whole of where I am musically at this moment in my life.

Listen to her new track, 'All Hearts Break' below:

by ICMP staff writer
January 24, 2023
Creators
Back to Blog Home