10 things we learned about UK grime with Dr Monique Charles

From politics to the pop charts UK grime is everywhere - we caught up with ICMP's Dr Monique Charles and grime expert to check the scene's temperature... 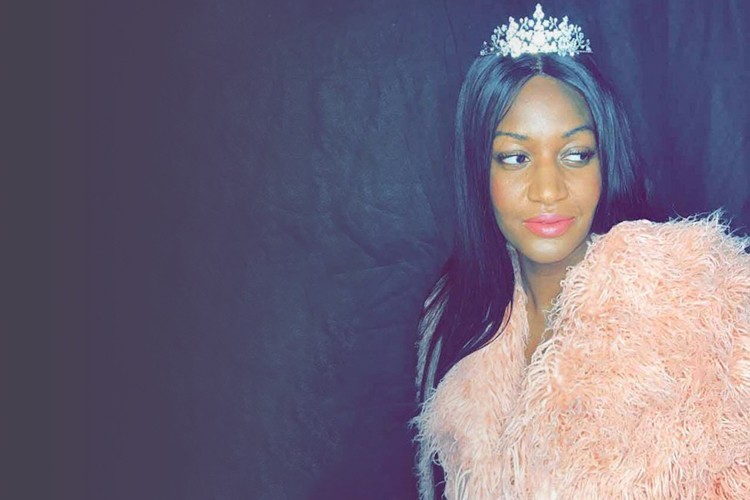 Grime music is the most exciting new scene to emerge from the UK in recent years and we're lucky enough to have Dr Monique Charles, one of its few academic voices, on our teaching faculty.

As an academic specialist, Monique is an expert on race, spirituality, class, gender and music. Her research and writings have explored how grime and its various artists have shaped not only the music scene but the political landscape with many coming out in support of Labour leader Jeremy Corbyn in last year's elections. She has also published on Grime and Politics in The Conversation, a book chapter in The Corbyn Effect and NME. We caught up with her to get her take on the scene and where it's heading next...

What are some of the challenges facing new artists in the music industry?

It’s swings and roundabouts. You’ve got access to technology to put yourself out there, but then that means there's more noise to cut through. Speaking to some of the students has been eye-opening as they’re trying to figure out the best ways to market themselves in this economy.

How can new artists build a following?

As they say, “your network is your net worth”. It is about trying to build your support online, then the industry will pay attention. You need to come ready-made.

In some ways it's easier to be a new artist, but in other ways it's tough because you've got to do more to stand out before you even get noticed."

Are there any online channels where younger artists can be most effective in reaching an audience?

Artists have to be consistent across all of their channels to convert fans - it's this way that the audience feels invested in the work they do. You can use Snapchat, Facebook, Instagram … any of these profiles. If they see them often enough and they like them, they begin to warm to them, then that can eventually convert someone into buying an album or attending a gig.

It also helps for artists to be working on other things at the same time. It helps with their visibility, so they can show who they are outside of the music. A fan can get a feel of them as a person in addition to their music.

Artists, nowadays, have to open up a lot more of themselves. People want to see the real thing.

You’re an expert on UK grime and the scene is currently enjoying great success - what is it about these artists that has helped them do so well?

An entrepreneurial spirit. Whether it be promoting raves or DJing, making their money through informal economies. Plus now if opportunities come up in more traditional economies, they do that too. Many of these artists embrace any opportunities to help them expand their brand.

How about UK grime artists and brands working together? There seems to be a lot of that occurring?

Well for Nike working with Skepta, it’s a marriage of brands these artists like, plus this spirit of seizing opportunities. It’s very authentic as these artists wear Nike anyway. But it’s very British without any red letter box, taxi or Union Jack.

Skepta is an interesting artist in terms of how he flirts with high end fashion - what’s your take on him?

For a year he dedicated himself to wearing just black tracksuits, now it’s luxury fashion and French berets and polo necks. He's launching his own clothing brand as well. Again, it's almost like this entrepreneurial spirit and focusing on building the empire.

Where can grime go next?

I think it's unique that it can go in almost any direction. At one stage in the late noughties, when grime became a bit more commercial - you had Tinchy Stryder as number one and Tinie Tempah's 'Pass Out' - some people were like, 'this isn't grime'. But then many artists started exploring road rap, a sound they considered more authentic.

As grime has passed into the mainstream, many of them got involved with record labels as they didn't like the contracts they were tied into. They tried to have a bit more leverage about how they produced their art. Some artists, like Wiley, for example, he will make music that he knows will work in the charts, but still makes beats for the underground.

I think there will be new offshoots but there'll still be some elements of that original grime sound in whatever emerges.

How do you think these artists will develop?

Well, I've developed a theory about grime and this idea of the soundscape. If you're growing up in a particular area, the sounds that are around you, they're what make 'sonic sense'. You might be used to hearing helicopters above or cars going past. They drum themselves into your mind subconsciously and inform your music making.

Now, if you move from that location because you had commercial success, your new location will become your sonic norm and impact the music you make.

Music is very much connected to place and space. If an artist has made a lot of money, moved out of an area, they may have figured out a formula for the street. If they have, then great, but if the street has moved in a different way, then what they’re making is no longer authentic."

Once you change your location and social position, I think that comes across musically.

I wanted to also ask you about the political relationship between grime and politics after the support for Jeremy Corbyn. Do you think that will continue?

Yes I do. The younger artists that are coming up now, people like Dave, Big Zuu, AJ Tracey, they’re between 18 and 23, Corbyn was the first opportunity that they could actually vote. They've grown up through the whole process of all these things happening, the drastic effects of neoliberalism but had no formal political means to express how they feel until now.

This snap election enabled people to take part in a formal political protest at little cost to themselves. They literally put a cross in the box, put it in and had their say. They're not going to get kettled or arrested or demonised for doing that.

So the grime artists used their position to say, "look, young people, get out and vote. This is how we can make a change". It meant they could all descend on something in a formal process and have their voices heard...

Visit drmoniquecharles.com to find out more.