Liverpool songwriting duo and podcasters Sodajerker give us their songwriting essentials... 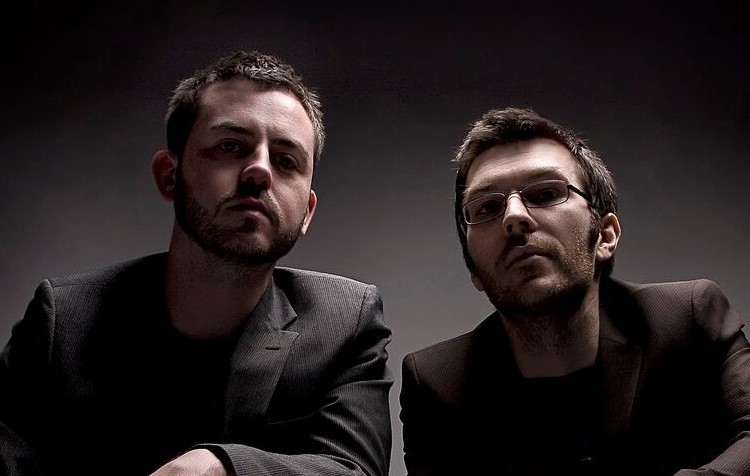 When it comes to songwriting, few are more knowledgeable or as passionate as podcasters Sodajerker.

Simon Barber and Brian O’Connor are the songwriting team behind the Sodajerker project, a pair of co-writers raised on the classic combinations of Lennon and McCartney, Bacharach and David, Holland-Dozier-Holland, Goffin and King and The Chic Organisation. Not only are they talented writers in their own right but Simon and Brian have created the much-loved Sodajerker podcast, a great resource for music lovers fascinated by the creative process.

Our songwriting students were also fortunate enough to receive a visit from Simon to talk about  all things songwriting. We caught up with Simon and Brian to find out more about their essential advice...

Show up. Nothing's gonna happen if you don't make it happen. That doesn't necessarily mean slaving over a hot piano all hours of the day, but just try to always be attuned to your environment and on high alert for an idea. Remember that inspiration can strike at any moment.

If you could advise our songwriting students to do one thing to enhance their music/creative process, what would it be?

Get a decent grounding in chords/harmony. You don't need to enroll at Juilliard or anything, but a good working knowledge of that stuff will get you out of many a sticky situation songwriting-wise, and help you avoid falling back on hackneyed progressions.

Have you ever suffered from writers' block - and if so, how did you get over it?

There are periods of ebb and flow for any creative person, and we're no different. The key is not to force things too much and have enough confidence in your ability to know that the creative dry spells won't last forever.

Of course, some songwriters don't believe in writers’ block at all; as far as they're concerned if it's your job, you should get on with it and stop complaining. As Jason Isbell told us, "there's no such thing as 'plumber's block'!”

How powerful is collaboration when it comes to songwriting?

The benefits of co-writing can't be underestimated. A collaborator can bring something to the table you'd never have thought of on your own, and improve your song immeasurably.

When we spoke to 10cc's Graham Gouldman on the podcast he talked of how, when two people get together to write a song, and their creative minds meld, it can create 'a third writer in the room'. It's fine to work alone of course, but it's important not to be too puritanical about it - although our recent guest Noel Gallagher might strongly disagree with that! Ultimately, you do whatever it takes to get results. If a song connects with people it doesn't really matter if there was one writer or a dozen.

Which songwriters do you always go back to for musical inspiration?

Many of the greats like The Beatles, Prince, Tom Petty and Paul Simon, but also a whole host of lesser known yet equally talented folk.

How do you separate chorus and verse when it comes to writing?

Although most songs tend to stick to the traditional verse-chorus-verse-chorus-bridge-chorus pattern, there are really no set rules when it comes to structure. You can have no chorus to speak of, a verse followed by a pre-chorus which ushers in a chorus, or the verse and chorus can be one and the same (a "vhorus" as Andy Partridge calls it); Bacharach and David often favoured the latter approach.

If you do choose the traditional pop song structure, we would suggest adopting one of Sondre Lerche's songwriting philosophies, which is "the verse is a promise the chorus has to keep"."

in other words, if you have a strong verse, the chorus has to really take off and lift the song into another stratosphere.

When faced with the blank page, what would you advise songwriters on how to start? And is there any way of telling when a song is finished?

Don't be afraid of it, and as Mike Batt once told us, "make a mark on the paper". Start playing or humming the first thing that comes into your head without thinking too consciously about it; even if it's not a great idea, the process of kicking it around might lead to something good somewhere down the line. Tom Robinson says it's sometimes necessary to write nine bad songs before you come up with one good one. Another technique he suggests is using an existing song as a template for a new one, much like bridge builders made a wooden arch which they eventually replaced with the stone structure.

As for knowing when a song is finished, that's a tricky one, but with experience comes the instinct of knowing when to leave well alone.

Tech has changed the music industry in myriad different ways - do you think it's had an impact on the role of the songwriter?

The role of the songwriter remains the same regardless of advancements in recording technology - you're still essentially trying to come up with good songs. That said, the accessibility and affordability of quality equipment nowadays does mean it's a lot easier to get ideas down to a high standard and put them across to others.

Some songwriters we've interviewed have said that, for them, the writing and recording processes are intertwined; there's no 'demoing' stage, they will record as they write, and build a track as they go. That way both the writing and the recording stages retain a certain spontaneity and freshness."

This isn't necessarily a new technique, for instance Prince was pretty much doing it back in the early eighties, but it's a lot more accessible now to writers and artists who don't have round-the-clock access to expensive recording studios!

How about hooks? What would you advise anyone looking for one with one of their creations and struggling to come up with something?

Take a break, step away from the instrument/computer/recording console, leave the room, go and have a cuppa or get some fresh air. Let it percolate in the back of your mind for a little while. We've found a lot of ideas of how to enhance a particular song will arrive when you're not actually listening to it and you occupy yourself with something else for a bit. This is true of songwriting in general, in fact.

For anyone looking to become a songwriter for hire, what would you say to them about starting?

Write as many quality songs as you can and try to be a decent person. With both of those things in place, you are sure to draw others to you. Everything else is timing or luck!