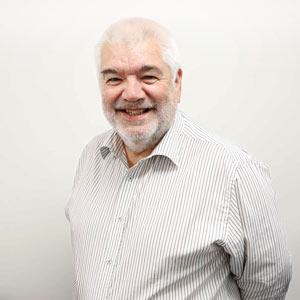 David Baker, MA, MMus, MLS, PhD, MBA, Hon FCILIP, FCILIP, FCMI, FRCO, FRSA has over 30 years’ experience in higher education, including as Principal and Chief Executive of the University of St Mark and St John (‘Marjon’), Plymouth and as Deputy Chair of the UK’s Joint Information Systems Committee (JISC). While Principal at Marjon he was Chair of GuildHE and Chair of Universities South West. Before moving to Plymouth, David was in turn Chief University Librarian, Director of Information Services and Pro-Vice-Chancellor at the University of East Anglia. He holds an Emeritus Chair in Strategic Information Management from the University. David led the University through the process of gaining its own taught degree awarding powers (TDAP). He chaired the Transition Board that turned JISC from a public to a private sector organisation.

David has written widely in the field of library and information science (LIS) with 19 monographs and over 100 articles and book chapters to his credit, editing the peer-reviewed Journal of Information and Learning Science along with two major monograph series in the field of library and information provision. He has spoken at numerous conferences, led workshops and seminars and has undertaken consultancy work in most countries in the European Union, along with work in Ethiopia, Kuwait, Nigeria, South Africa and the Sudan.

He has led large technology-based projects in the LIS sector, both in relation to digital and hybrid library development and content creation for teaching and learning. His other key professional interest and expertise has been in the field of human resources, where he has been active in major national projects.

David has significant experience of working at CEO level with universities and colleges. In recent years, he has worked with several Higher Education Institutions as their lead consultant on gaining taught degree awarding powers, including Regent’s University London, the British School of Osteopathy and the Anglo-European University College, Bournemouth. David is also a Principal Consultant with SERO-HE of Sheffield, having been involved in national-level LIS projects within higher education as well as major work with Russell Group and other universities on the development of library and information provision, research support and online and distance learning development. He is Chair of the Board of Governors of Trinity Academy, Halifax.

David is also a professional musician with a first-class degree from Cambridge and a master’s qualification in music. He has performed – and still performs - both in the UK and abroad and has published and edited widely within his field. He is an accredited tutor with the RCO Academy, the premier body for tuition for the pipe organ. His book The Organ: a guide to its construction, history, usage and music is a standard text on the subject.