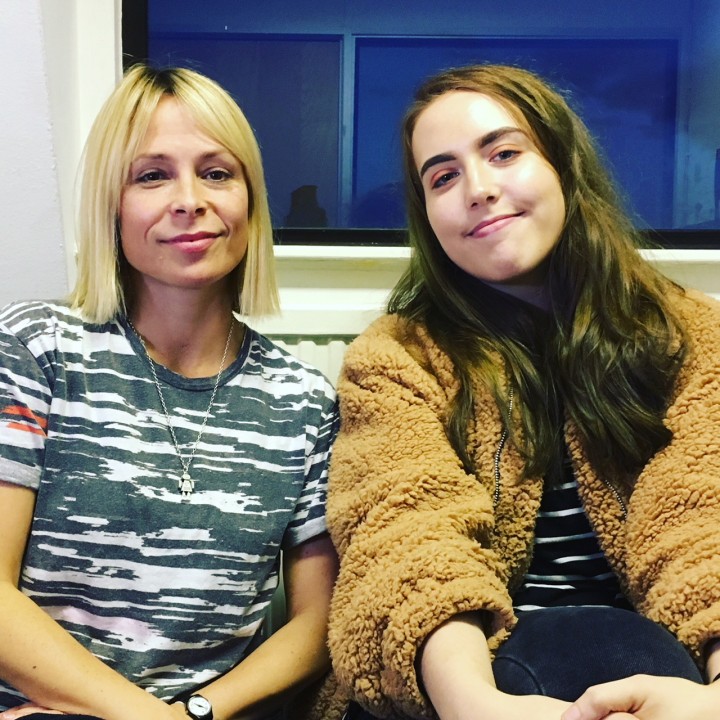 Foxgluvv (aka Imogen Davies) is a songwriting student at ICMP and was named the  award's first recipient at the October event at Bush Hall.

Not only did she perform and win the award but also received a 1:1 session with supporter of the scheme, Xenomania's hit writer Miranda Cooper. The initiative is also presented in association with BASCA, an independent professional association representing music writers from across all genres.

Commenting on her award, Imogen said:

I never thought I’d win anything like a scholarship. So to receive this is amazing especially as it's about equality and diversity and I'm a gay woman. It's great."

Miranda was part of the Xenomania songwriting team behind hits such as 'Sound of the Underground' and 'The Promise' by Girls Aloud and many more. The scholarship aims to help encourage individuals from a diverse range of backgrounds to take on postgraduate study.

Regarding the scholarship, Miranda said:

I feel very passionately that songwriting should be accessible to everybody, regardless of their age, gender, class or ethnicity. I am delighted to back this scholarship which gives someone the chance to fulfil their musical dreams."

Other runners up including Ben Cavanagh as well as Foxgluvv received 1:1s from Miranda.

Commenting on the session, Ben said: “It was a great 1:1 with Miranda who was super supportive when it came to my music. I’d definitely encourage songwriters to apply for scholarships. Music degrees in general are often overlooked but people forget it’s not just about the piece of paper at the end, it’s the people you meet in between classes who can be very influential."

Congratulations to Foxgluvv on her award and watch our video interview with her and Miranda on the importance of equality and diversity.

If you're interested in taking a songwriting course, then please join us at ICMP in London. Our Admissions Team are on hand to help you find the best course for you - call them on 020 7328 0222 or email enquiries@icmp.ac.uk.