Our Masters in Songwriting alumnus tells us how he fuses a love for beats with the songwriting skills he learned at ICMP... 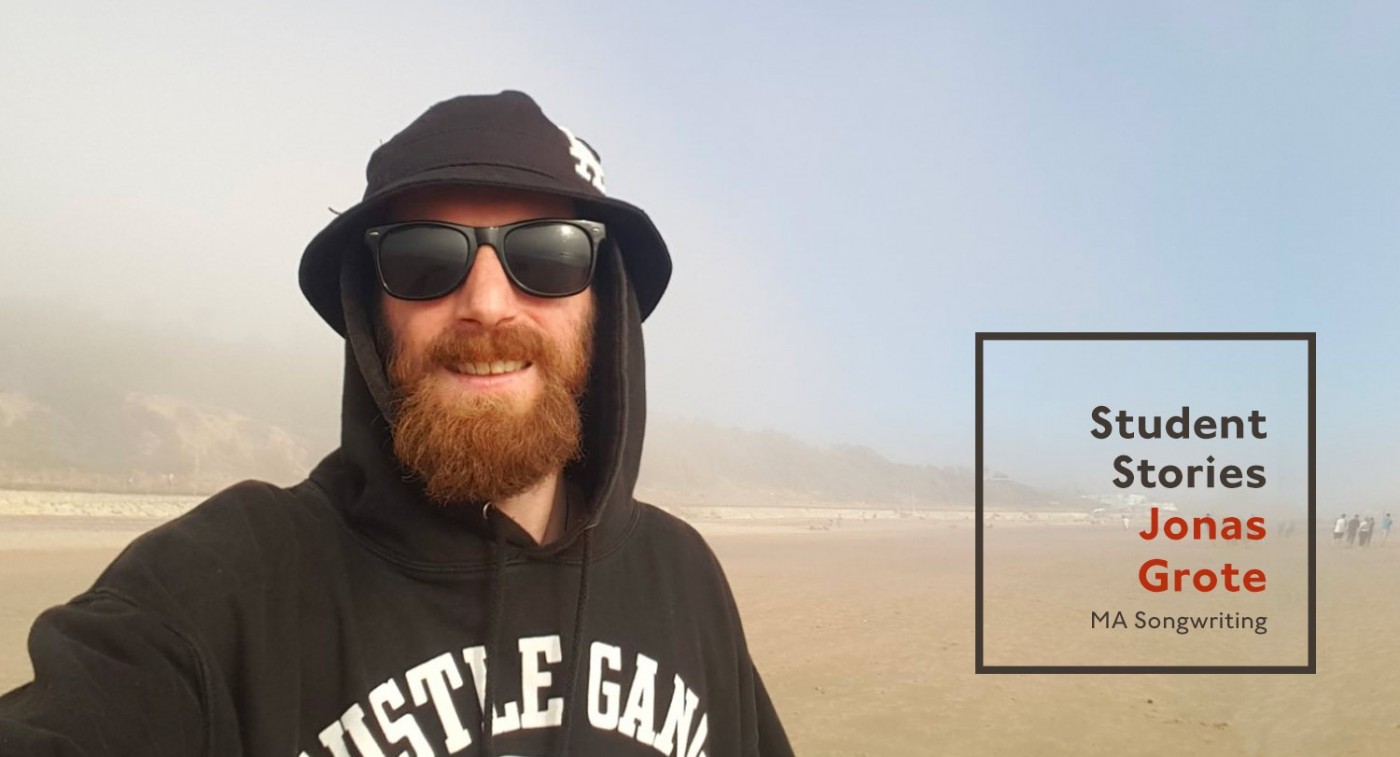 From producing spoken word artists to collaborating with jazz vocalists, our Masters in Songwriting alumnus Jonas Grote had a varied musical career before studying at ICMP.

But it was a commitment to wanting to take his career up several notches and enhance his skills as an educator that inspired him to return to the classroom after previously studying sonic art.

It proved to be an inspired move with Jonas scoring the highest mark for his project on the course, an inspired album concept drawing on a fascination with the zodiac and a love for the psychedelia of Alice Coltrane and Sun-Ra. We caught up with him to learn more about his ambitious approach to music making...

What led you to the Masters in Songwriting course?

A good friend of mine and musical collaborator released an EP as a rapper with a live band and the group featured ICMP students.

I came along for the launch night, met them and ended up researching the college. It was serendipity really as I was looking to study a course. I applied, got an interview, went to an Open Day and met ICMP Head of Songwriting Sophie Daniels. I chatted to her after the presentation and she just said: “I want you on this course”.

I took on the Masters to develop as an artist and a human being but also for my career. I wanted a balance of academia and industry and felt ICMP had the perfect mix."

What previous projects had you been involved in prior to joining us?

I worked on two mixtapes during the early 2000s and was doing well on MySpace back then, Flying Lotus and me used to chat. I released an EP on a small indie label, was involved in London’s spoken word scene and worked with a singer called Fae Simon. 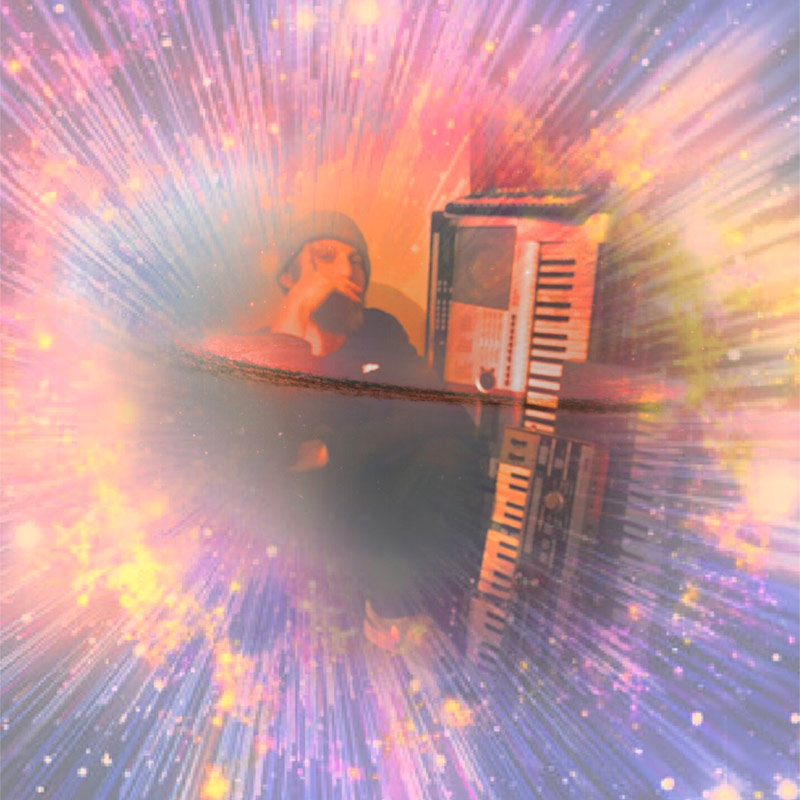 We started collaborating and did a small run of an EP and a tour. She ended up working with a rapper called Jehst and made a solo album on BBE records, Barely Breaking Even, which for me was a huge thing as they released music from Dilla and Madlib. I’ve done various projects, music for a one man show at the Edinburgh Fringe as well as production for a number of poets and MCs.

With all this experience, what was the motivation to study?

I’d been doing music for a while and in the mid 2010s became frustrated. I felt like I should have been taking steps up the ladder but it didn’t really happen. I’d been working in a call centre and after a relationship didn’t work out, I realised I needed to change things. I always felt I’d be good at teaching so I started running rap and poetry workshops with teenagers. I decided to do the course to elevate my musical skills and get back into the groove of doing music. But also to enable me so much more in other career options.

Studying at ICMP was one of the best decisions I’ve ever made. The confidence it’s given me, everything about it, it’s surpassed all expectations I had. The entire staff of the songwriting department were amazing, I also connected with Yannis Iliopoulos and Luke Toms too.

I had studied sonic art previously, then before that I was an MC and a beat maker. So I had no music theory in me. I knew there was a difference between a minor and a major chord but I could never have shown you where they were on an instrument. Oli Rockberger teaches the creative process module and pulled me aside straight away. He said he’d heard my music and couldn’t teach me anything about MCing or production. But I was now on a traditional songwriting course so I was expected to learn chords, song structures, music theory. It really pushed me from the get go and I got lost in it. 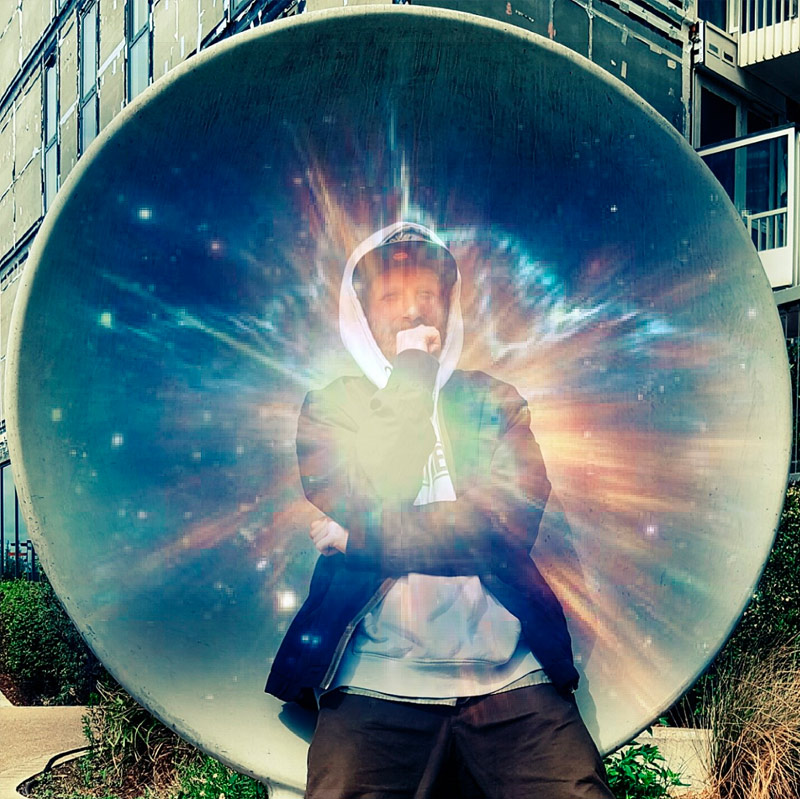 So how did your music evolve while you were here?

I started singing a little bit and became more confident. The final project I did came to me during the second semester. I woke up before a lecture and had this idea about the zodiac. It’s always been intriguing to me. I’d had a lecture about songwriting archetypes, and that was the beginning of the journey. I mentioned it to my tutors, they were encouraging so I started researching it.

I went deep into the research, then noticed there was a philosopher called Ptolemy who connected musical scales to the star signs. There are 12 star signs and 12 notes in an octave. So each star sign had a note. I found a way to connect the tones of the zodiac to Karl Jung’s archetypes and academic Joseph Campbell’s 12 Steps Of The Hero’s Journey idea, and create a narrative from that. I decided to read a book, Kodwo Eshun's 'More Brilliant than the Sun', which looks at the music of afro-futurism - so Sun Ra, Alice Coltrane, George Clinton, Lee Scratch Perry, to nineties hip hop, jungle, Tricky.  It helped me combine this traditional songwriting vibe with the mythological history.

For the album, I created a sci-fi narrative about being a character who is stuck in this world, then gets called upon by the spirits/aliens to go on this journey."

The idea with the zodiac is that you are supposed to be born in a specific time to give you greater understanding of who you are but, as an individual, you are meant to travel through all 12 steps to enable you to become number 13 at the centre of the zodiac which is the sun. The sun is always considered the closest thing to god, so by going through the entire zodiac, you should become the best you can be. One of my greatest influences is John Coltrane - he really tried to be the best he could be - which is the idea behind this album.

Where are you at with this album now?

The ambition is to release the record with a bigger label. It’s about ¾ finished. ICMP tutor Tim Elsenburg has agreed to help me mix the record. This album is very different to anything I’ve done before - there are some beats but many tracks without and I’ve not included any samples although I’ve always worked with them before. I’ve created string arrangements, I sing on it more than I rap. So I’m going to release under a different name to the previous rap music I’ve put out. The plan is to release some singles and an EP ahead of the album.

To coincide with the album's release, I’m going to host an exhibition with an installation. The first room will be a replica of the studio where I made the record with audio of the demos playing. Then the full album will be playing on loop in a second room. If I can pull it off, then I’m hoping I will be in with a good shout of getting something positive from it.

Have you any advice for anyone who might want to study music?

I did a presentation of this to the new intake of |ICMP students. I told them not to go in with any specific expectations. Be open to experimentation. Those two things are incredibly important. I started the course without any music theory experience. I’m sure some people were like ‘who is this older MC who doesn’t know anything about songwriting?’

But I’m very proud of how I finished with the highest mark. So I think the only way to do it was to come onto the course with a very open mind and see where these lecturers with all this knowledge would lead me, then be open to this experimentation. I’d never sung before - and could never take it seriously until doing this course. You need to be open and vulnerable enough to try something new - being so really opened up new worlds for me...