Mister Lees | From homeless to a high first

We quiz our music production student on his inspirational journey from the streets to the top of the class... 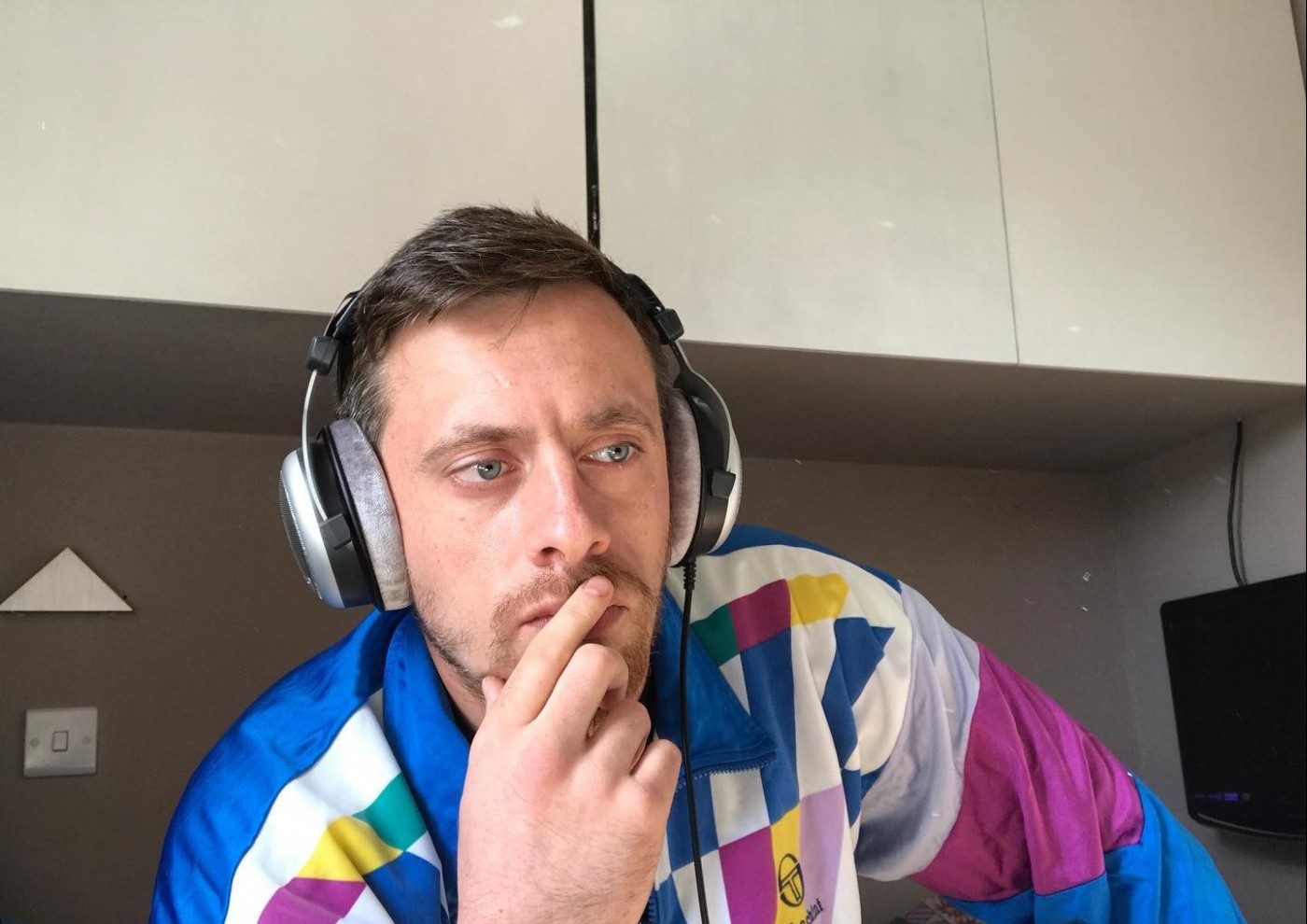 From a tricky childhood involving stints sleeping rough on London's streets, the artist (also known as Joel Lees) has managed to turn his life around, undertaking a course with us and now graduating with a top mark.

Alongside his work educating young people on music, he's gearing up to release a number of tracks as an artist, including his debut EP, 'LDN'. Currently clocking up thousands of Spotify streams in a matter of days since it first dropped, the garage track, which mixes in hip hop and grime, offers a glimpse of a very promising musical future.

Give the track a listen below and find out more about Joel and his inspirational journey from the bottom to the top...

How did you first start off in music?

It began at the end of year nine at school. I had a troubled childhood and wasn’t the most academic young person to put it lightly!

My music teacher at the time, Mr Williams, offered me the opportunity to take music as a GCSE subject.

This was a surreal feeling as I didn’t get on very well with school but I took my practical GCSE assessment in vocals and got an A*. I was a D grade student for everything else. Mr Williams will always remain one of my biggest inspirations. If it wasn’t for him I don’t know where I would’ve ended up. Music has been my entire life ever since.

You've mentioned online how you’ve been able to turn your life around? Could you talk a little about this?

I’ve been able to turn my life around in many ways. I lost myself in my teenage years and as a result I fell out with my family. Things got really bad and I became homeless.

I spent around two years sleeping on friend’s sofas but after a while I felt too much of a burden and started sleeping on the streets.

I busked in the daytimes to make enough change to survive, so it’s lucky I always had my music. Even in my weakest times, I always believed in the back of my mind that someday I would fulfil my dreams of becoming a professional artist."

This vision brought me to the decision to leave my hometown and move to London where there were more opportunities. A friend I had recently met offered me a place on her sofa so I stayed with her until, again, it all got too much to handle.

One morning I took my bag and bunked the train to Liverpool Street. Ultimately, this was the best decision I have ever made. I started to sleep on the streets in London and this continued for some time while I continued to busk to survive. One morning while I was sleeping rough, I woke to find that someone had urinated on me while I slept. I vowed that from this day I would change my stars and start to work at fulfilling my dreams. I engaged with local support services for the homeless and a team of outreach workers came and found me sleeping in the city. They came back for a few nights until on the third night they told me to go with them and put me in a cab which took me to a long-term hostel where they had arranged a tenancy.

How did you start working on music from this point?

I wasted no time in saving money to build a studio and teaching myself to produce. I enrolled into music college and received help from amazing services such as The Amy Winehouse Foundation and The Roundhouse. I received some amazing support and decided to start supporting others.

After much training I became a youth worker, helping young people to learn music production through workshops. After living in three different hostels over four years, I applied for university but I never thought I’d get a place. 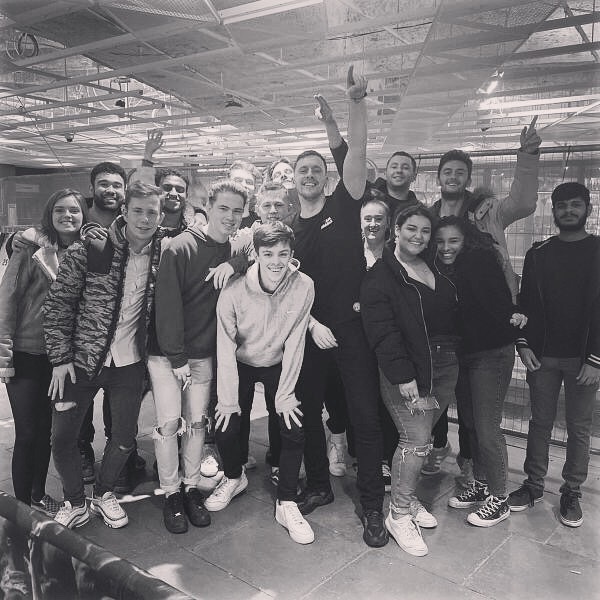 After an audition and interview I received confirmation of an unconditional place at ICMP where I have just finished my degree and released my debut single on Spotify. That’s my life until now in short. What a ride it has been so far!

My experiences at university have been somewhat of a rollercoaster. I've had a lot going on and still been adapting to life as a human being. ICMP is a good university with great facilities and incredible staff that work tirelessly to fulfil the needs of the students. While I have been here there have been several changes made to many aspects of student life but during this time I have met many tutors and staff members that would literally give their left arm to see you succeed. This has helped me so much.

What was your dissertation about?

How have your teaching workshops informed your own music making?

Teaching through music workshops has helped inform my music hugely. Working in music means you have a skill set you are always improving. Even the best in the game learn new things every day. Running music workshops has allowed me to learn more as I work and master my skills in all types of musical surroundings. I'm also introduced to many styles of music to help me keep my music relevant. The young people have taught me a lot about life too!

What is your new track 'LDN' about?

My single 'LDN' is about London. The things that I have been able to achieve since moving here are almost unbelievable. I have seen London as an amazing city. I have met the most incredible people here and I have been inspired by it since I first stepped into Liverpool Street. I have also seen some terrible things. I have seen the death toll of teenagers rise, violent crime rates rise, youth centres close and people suffering. From Grenfell Tower to children sleeping on the streets. I have seen some suffering. 'LDN' combines all of these emotions and tells the story of a day in the life of Mister Lees, while screaming to the people of this great city to bring it back to its glory.

What does the track mean to you?

The release of this single is a lot more than just that for me. The song itself means a lot to me and in my own way it is a thank you letter to London for all that I have accomplished here. In real life this single is the first time in my life that I can look back on my recent years and be truly proud.

I have come through things that have been known to break most people and somehow come through the other side to be stronger and more positive. I can give myself credit for this as I have had help along the way but I have seriously worked harder than anyone can imagine to sort myself out and make my dreams come true. Slowly but surely they’re becoming my reality.

How do you approach the creative process?

I approach the creative process differently almost every time depending on the situation. I have music running through my veins and am always in my creative zone. I have rebuilt myself this way. As I am a recording artist, a music producer and a songwriter, I need no assistance in creating solo works. I can start with lyrics or with production and I am keen on doing both. I have been a songwriter for as long as I can remember and have a lot to write about. I have experienced so many different emotions that my imagination has grown to be wild. I can put myself in the shoes of somebody else very easily and write from there if need be but I like to write from my own perspective mostly. Through my homeless experience and with the help of busking I have become fearless and have no problem wearing my heart on my sleeve when writing.

Stop overthinking it! It used to take me hundreds of vocal takes in the studio to get to where I was comfortable and that was all down to me being inexperienced and nervous.

As soon as I released myself from the fear of messing up and the fear of imperfection I started to grow as an artist and be more authentic in the studio. The real me came out!"

What would you advise other musicians or songwriters?

The only advise I would give aspiring music makers is work REALLY hard and be yourself.

I am not the best singer or producer in the world. But no one really is because we're all different, we all have our own uniqueness. Embrace that individuality and graft at it! Not everyone succeeds in the music industry, but you will if you work hard and never give up! That’s what I did anyway!

Lastly, for anyone who is struggling to motivate themselves creatively maybe try changing it up a bit. Embrace some new styles or instruments, listen to a playlist that you would not usually listen to or, in some cases, take a break! Everything depends on your situation but you’ve got this!!

My plans are to keep things moving forward! I will be releasing another single at the beginning of June called ‘No Excuses’ , and then releasing my two singles with some other songs on an EP.

I have plans to record a studio version of the EP as I've been gigging songs from it with my backing band for the past 18 months. Ultimately, I just want to continue to grow as an artist, improve my skills and reach new heights with every year that passes until I am an old man sitting in front of the fire, reminiscing about the amazing career that I have been so fortunate to have.

With regards to the youth work, I plan to take a portion of the money that I earn from my music and inject it into the building of a music complex for disadvantaged young people. This is a while away at the moment but as soon as I have the finances to achieve it, it will be done.

Well done to Joel on all his achievements. We can't wait to see where his music takes him next.