Our talented alumnus tells us how he's ended up in the latest UEFA Euro 2020 ad... 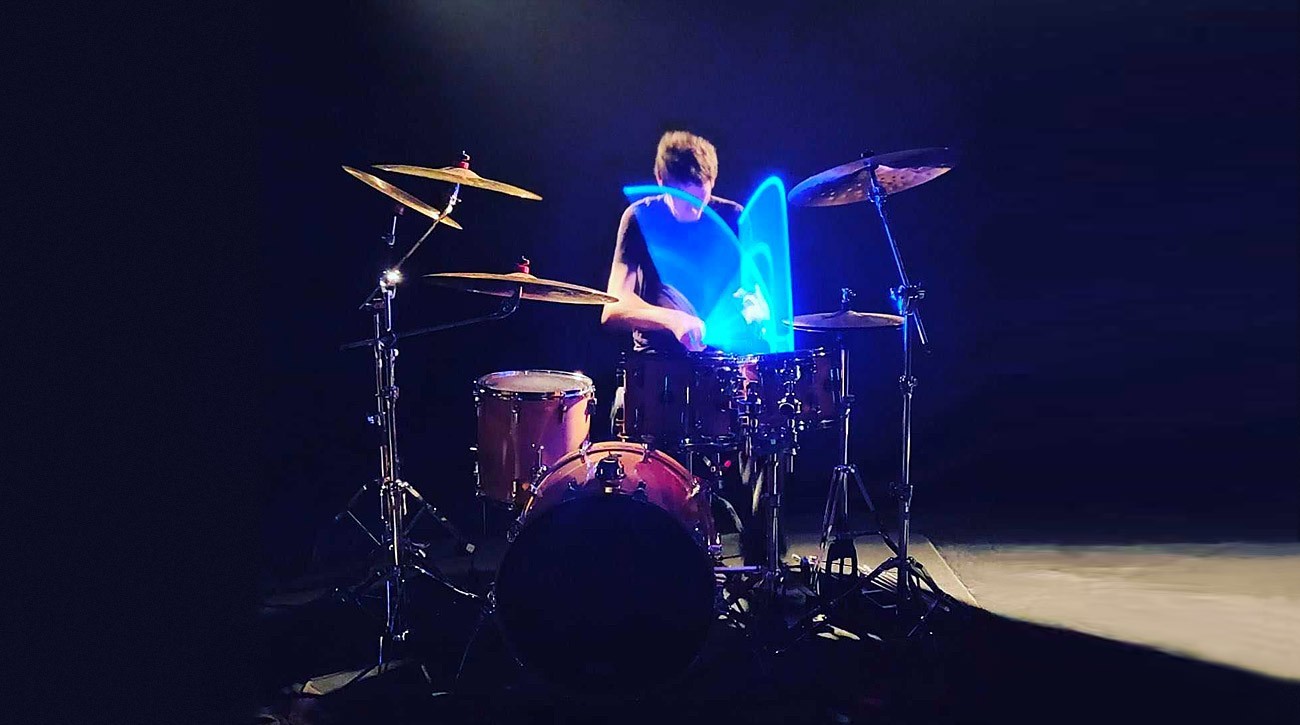 As a drummer, self-confessed 'metalhead' James Wise was initially only into guitar-based sounds but had his sonic palette expanded through studying our BMus course.

He's never looked back from having his musical world blown open, taking on numerous projects in pop, funk, soul, musical theatre and more.

James' latest high profile success is an appearance in the new ad for the UEFA Euro 2020 tournament. We tracked James down to find out how he landed the gig...

Congrats on the UEFA advert feature. Could you talk about how you appeared in this project?

Thank you very much! It actually wasn’t overly glamourous! I received a message on my LastMinuteMusician page from a company saying they thought my style of playing would be a good fit for what they were after and asked if I was free. I immediately jumped on the opportunity, thinking I wouldn’t get it. Four days later I was stuck in London traffic at 8am on my way to the studio.

What were your experiences working on something like this?

It was pretty insane. As a metalhead I’m used to playing in rooms with five people in them, but not when they’ve got giant cameras pointing at your face and certainly not with light-up drumsticks.

It probably took about four hours of shooting to get 25 seconds of footage and it was so cool to see how these directors and camera men manipulated the environment to get such awesome shots.

They used a technique of filming in double time, then slowing it down in post production, meaning I had to play my usual solos at twice the speed for about an hour. Needless to say, the arms were feeling like noodles after that."

You studied the BMus course at ICMP - what led you to ICMP and how were your studies with us?

I was introduced to ICMP at the age of nine when my dad did his Higher Diploma in guitar. I didn’t realise I wanted to play music then but by 14/15 I knew it was all I had, so I did the Diploma at 16 and moved onto the BMus the following year.

I feel honoured to have had the opportunity to not only study under some of the most incredible musicians in the industry, but also alongside some truly amazing people that will be dominating forces in the years to come. The course helped me become a more rounded musician without letting me lose my identity. I still love my heavier music, but had my eyes opened to a whole other world of sounds that probably would still be a mystery to me had I not studied.

What was the most important thing you learned while on your course?

Confidence and eagerness show. You don’t have to be the next Tony Royster or Thomas Pridgen (sorry non-drummers, look them up) to be regarded as a musician worth calling. If you can turn up with the right attitude, having learned the song or done the work, and present it with a smile on your face, that goes much further with people than “ooooooooh look how fast my feet go”. It took me a year of studying to realise this and it’s been the thing that’s helped me get the most work. And don’t be an ass ... that probably goes without saying, but really, don’t be an ass. Keep your diva attitude locked up until you’ve played Wembley Stadium. 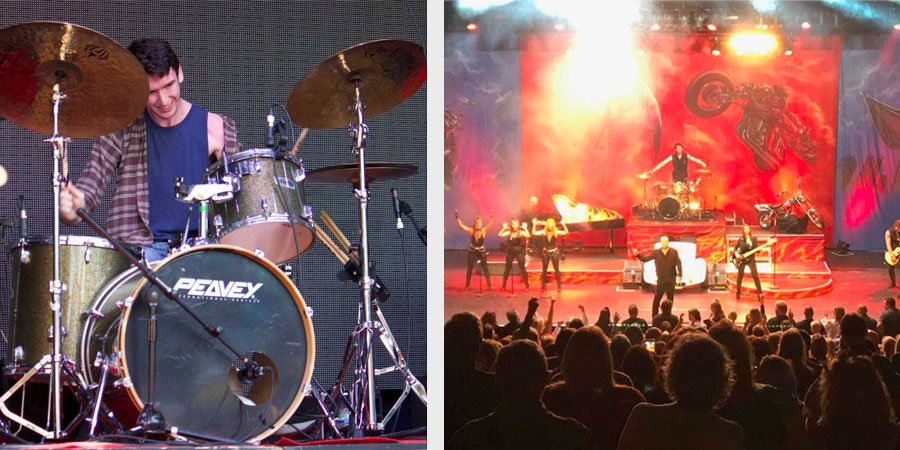 How has life been since you left? What projects have been keeping you busy?

It’s been really interesting! Not rolling in it quite yet, but I’m getting by. I’m doing a lot of session work, specifically recording and gigging in the metal scene. Doing some stuff with incredible bands like Finding Kate, Joakem and Brutai, and I’m actually gearing up for a European tour at the end of the year with an eighties metal band, which should be a laugh! I’m also doing a lot of work for some musical theatre shows called 'Vampires Rock' (with X-Factor’s Sam Bailey) and 'The Meatloaf Story' which are both a lot of fun! And on my down time it’s mainly weddings, functions, teaching and improving my social media.

*cough* @jamestheunwise, check it out *cough*

Who are your favourite drummers?

Anyone who knows me knows I am a massive Alex Rudinger fan. Whether you are a metal fan or not, checking out this guy will only bring you joy and an urge to improve. His speed, technique and machine-like accuracy is something else entirely, not to mention he’s an awesome dude in person. Recently it’s been a lot of Nate Smith, Marco Minnemann, Dan Presland and Simon Phillips; all beasts in their own way.

What’s the one piece of kit you couldn’t do without?

My Tama Speed Cobra double pedal! Even when I’m not doing metal shows, it just feels wrong not to have it there! Same goes for my Diril Cymbals, especially the 19 Primitive Crash. It’s too tasty to leave at home!

For aspiring musicians/drummers at the start of their career, what would you advise them?

Learn to deal with rejection and never take it personally. Just because you didn’t land a particular gig doesn’t mean you’re a bad player or person, it just means you didn’t fit that particular person’s vision. Accept it, learn what you can from it, and move on to the next one."

Letting yourself get too personal leads to bridges burning, and in an industry based on contacts and word of mouth, we can’t afford to let that happen.

In the same vein, learn to take the music seriously but not yourself. If you can be a relaxed, fun person off stage and an absolute beast on stage, you’re gonna be set! Don’t be an amazing player and have no personality, because people aren’t gonna want to be on a tour bus with you for four weeks, or sharing a room on a cruise for six months. Know when it’s time to knuckle down and play your socks off, but also know when you’re able to kick back and enjoy the environment you’ve worked so hard to get in to.

Watch James perform in the UEFA Euro 2020 ad below:

If you’re a drummer looking to take your playing and performing to the next level, then why not discover more about our drum courses here at ICMP London? Our drums faculty is going from strength to strength - find out more.