We catch up with our alumnus to learn about his sync success and debut album, Bury Me... 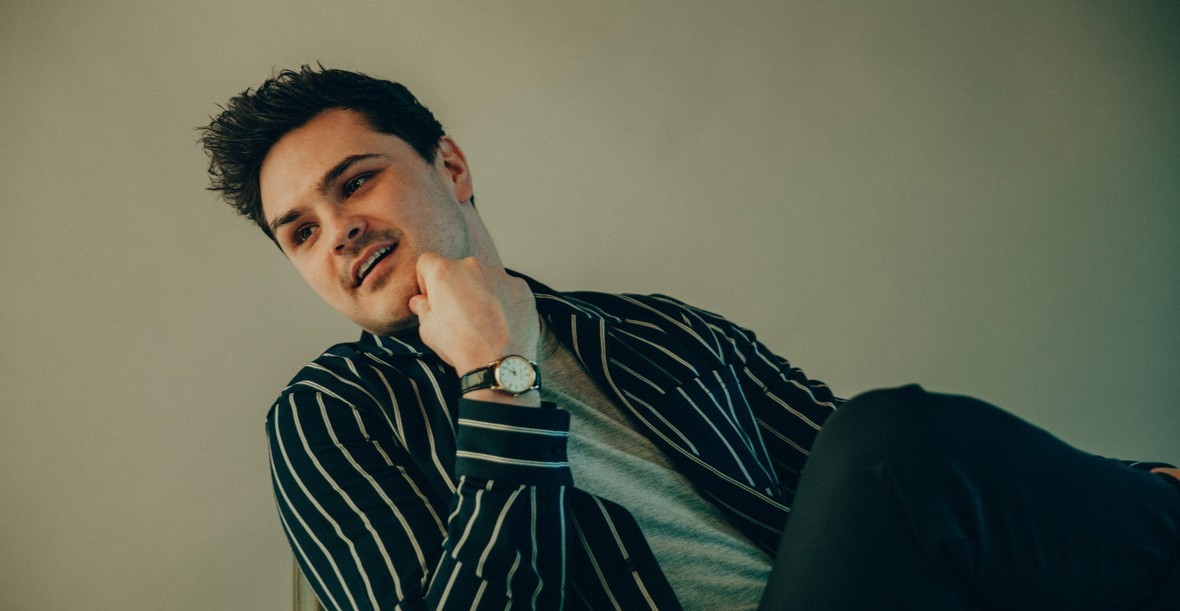 With a strong and emotive voice, Stealth has always been a talent to watch out for and 2021 has been an important year for him with the release of his debut album 'Bury Me'.

The 11-track record features some of his best songwriting to date and follows huge streaming success, initially driven by the sync of his track 'Judgement Day' in hit Netflix series, 'Suits'.

With the album recently released to rave reviews, we caught up with our alumnus to find out more about his musical career and essential advice for aspiring artists...

How did you launch your industry career?

I was at ICMP around 2010/2011. While I was in London, I saw an ad in a magazine from a producer looking to develop an artist project.

I went along, we wrote a song together, got on really well and I ended up signing a production deal with him. From there I got a manager. That’s where it started.

What did you learn at ICMP?

I did A-level music and just did not understand inversions. But it made so much sense when I had them explained to me at ICMP!

Being surrounded by musicians at ICMP enabled me to share a common language with everyone, something that is so valuable. If something is in the wrong key, you can talk to each other as musicians and peers."

Professionalism was an important thing I learned while studying, how to carry yourself- and the network was great, having other people being interested in what you were doing. If you want to write a song, then there will be someone else in your class who will probably want to write a song too.

I did well through sync and tv music. My song ‘Judgement Day’ landed on Suits. That was through a sync agent, and I had a few other songs that landed syncs here and there.

It was costing me a lot of money to do gigs so I started doing less shows as I was making money from TV music. You just have to decide where your resources are best spent. Now I’m looking at developing my live side. You have to move things around to sustain your career. If you only focus on streaming, and not sync, then that’s a whole revenue stream you’re ignoring.

Have you always been business focussed?

I’ve always been switched on and generally business savvy. My dad is and would always help me with certain things even though he doesn’t know much about the industry.

In hindsight I wish I had spent more time developing my team and learning who I wanted to be rather than just wanting to sing and make music. My approach was initially quite ad hoc and it took me a good four or five years to find a good team and have more of an idea about what I was doing.

Was making an album always part of your ambition?

Absolutely, it was something I felt was important to do. That’s a body of work, and there was a real sense of achievement when it’s completed and done. I’m super proud of it as it encompasses everything I’m into.

‘Bury Me’ is my favourite, it’s the title track and closing song on the record. I wrote it over in LA, I was struggling through a lot of those sessions. I’d been before but not since I’d be signed I was feeling the pressure. The song just came along at the right time. Then second to that was ‘Black Heart’. I’m a huge Dap Kings fan so having the opportunity to go to New York and record with them, that was just one of the best experiences of my entire life.

I’d only done sessions before this on ProTools with laptops - this was the first one I’d done tape to tape, and it was like stepping back into the seventies. It was the first time I was making music in the way it was meant to be made. Honestly, when you hear your music played by real horns, the experience is so different.

How do you write your music?

I try not to restrict myself as everyone I work with has loads of different ways of working. I have a big list of song titles, lots of lyric lines whether it be a turn of phrase I’ve picked up or a line from a movie. I’ll use these as a starting point. Then I’ll sometimes find a chord progression and make one of those titles or sentences work. It also depends on the project - if it's my artist project, then this is more lyric focused to begin with and around vibe. If it’s a top line for a songwriter or DJ, then that is all about the melody.

Make music that you like and want to make - at the end of the day, there is a genuine possibility that the only person who will hear your record is you. Some of my favourite records have only been streamed 20,000 times. Some of my tracks have been streamed 17 million times - I still love those records and am proud of them.

Music is subjective, some will love it, some will hate it, but as long as you are happy with what you create, then none of that matters."

The other thing is that talent only gets you so far. I’m nowhere near the most talented person I work with or know - but if you do all the things that don’t need any talent well, then you will get far - turn up on time, be polite and fun to be around. These are invaluable attributes.

At the moment, I’m writing my second album. My first album was more pop-based, this next one is going to be full blown seventies soul. Once we have a clear view of what we want to do, we’ll be looking at gigs down the line and I have some more new music coming out. You’ve got to keep grinding…

Visit facebook.com/stealthmusicUK to find out more.