We catch up with ICMP alumna ﻿Roos Meijer on music-making as one half of dream-pop band, Maida Rose... 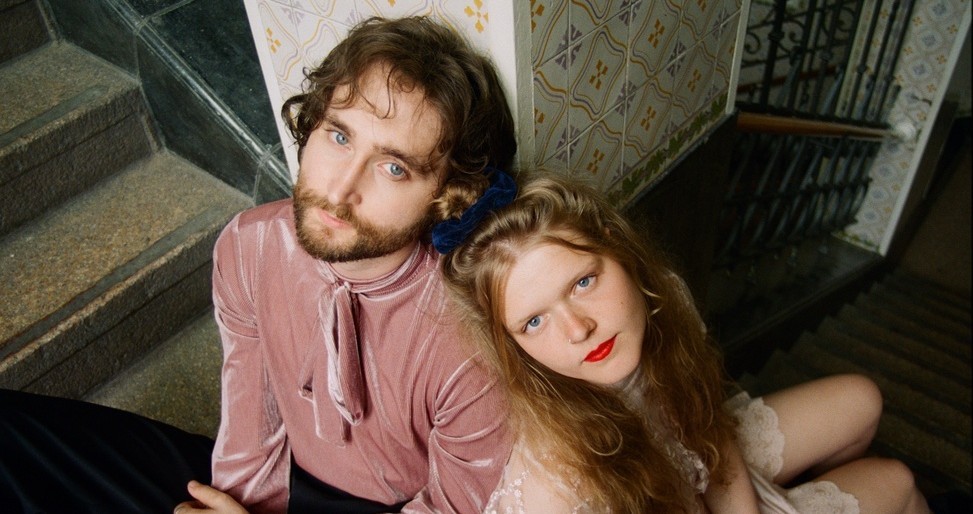 If dream pop is for you, then you need to get to know the musical magic of Maida Rose.

Featuring the talents of our MA in Songwriting alumna Roos Meijer alongside songwriting partner Javièr den Leeuw, the duo have recently released their debut LP, 'Tales of Adolescence' , and played their first London gig.

We catch up with Roos to find out more about the band and how her time at ICMP shaped her songwriting...

How did you meet and were there any songs or artists you first bonded over?

We both grew up in The Hague, a seaside town in the Netherlands. There's a small but vibrant music scene here, so musicians always know (of) each other. I think we were both teenagers when we first met at a local venue, then we started to make music and hang out a few years later.

At that time we were both very into alternative rock music like Queens Of The Stone Age, The Dead Weather and Them Crooked Vultures. Initially we bonded over these bands, and started making music in this style. When we both grew older and started broadening our tastes, we started to move into a more dreamy direction together.

How has the Hague influenced you and your songwriting?

This place has definitely influenced our music. Growing up near the dunes and the beach is a big factor, and since it's the place where I feel most inspired, lots of song ideas have started at the seaside. Furthermore, we've spent the first five years of our Maida Rose history in the attic of Javièr's childhood home (in The Hague), where we played with song ideas and took the time and space to discover who we were as artists.

The fact that we both have the same place as home gives our music a certain calm and familiarity. It gives us a big influence on our writing process and a bond that we'll forever cherish.

I'm interested in how your studies at ICMP fed into this musical partnership - what were the key things you learned while with us? What's the best of advice you received?

When I went to ICMP, Javièr and I had already been working on Maida Rose for a couple of years, but we had never gotten to the point that we were happy enough to record or start playing live - we were very much still exploring. We did know however that we both wanted to focus on Maida Rose, so it was quite a big step for me to move to another country for a year. However, we both felt that this was something that I really wanted and needed, and that it could also help with taking the next steps as a band.

During my year at ICMP I went back to The Hague every six weeks, so we could stay active and develop our music. In the end, we recorded our first single 'Harmony of Heartache' during this year, and managed to really find our own sound and finish the album.

The MA at ICMP was one of the best things I've ever experienced. It felt like such a privilege to have a full year to focus completely on my writing, in my favourite city of all time - London. I've met so many lovely people and songwriters, learned so much from every tutor and just had the best year of my life."

I think the most important thing that I learned was to lower my barriers - writing something, even if you think it's 'bad', is still writing. You can really train your 'writing muscle' by forcing yourself to write something every single day, even if you don't feel inspired. I really enjoyed looking at writing more as work, because it made me feel independent. I now really believe that I can write anywhere, anytime. I might not always like what I write, but it's part of the process. Ever since I went to ICMP, I have never experienced 'writer's block' which I used to have more often before. In short, I can recommend the MA in Songwriting to everyone!

Your debut album 'Tales of Adolescence' has been released this year - could you talk a little about the record? What led to you creating it?

We started this band more than five years ago and came up with the idea to focus our debut album on our experiences of our final years of adolescence.

Subjects that we wrote about are depression, new and old love, and saying goodbye. Our initial idea was to start performing live in the summer of 2020, but due to Covid we had to postpone this and we decided to fully focus on recording the album. We’ve recorded everything at home during these times, and mixed it with friends of ours. This was really nice since it was something to look forward to in the lockdowns, and by only working with friends it really maintained the intimacy of the music. The album really feels like a time capsule: it captured a period of our lives that will forever live on in the songs of 'Tales of Adolescence'.

Do you have a favourite place to write your songs?

Ideas come to me at any time and any place, it can literally be in the dentist chair or in the supermarket line. But for the next step, crafting a song, I definitely have favourite places. We have of course written our first album in Javièr's attic, which still feels like a very special place to me, and we have been writing our second album in a cabin in the French woods. For writing, I always prefer to escape from the city, and spend some time in nature or at least a place which feels hidden - where there is space to just live inside my own head for a while and fully immerse myself in music.

What would you advise any emerging songwriters?

Write whenever you can! Preferably every day; the more you write, the better you'll get and the easier it will start to feel. I really believe you can train your 'writing muscle' and it can be very fun as well.

Try to give yourself different briefs and limits, write with different people, write on a variety of instruments. Challenge yourself! Make writing a priority and enjoy the process of strengthening your creativity - your world will never be the same again."

Are there any songwriters you're currently loving/looking to for inspiration?

I've always had a big love and appreciation for the Beach Boys - their harmonic and melodic choices really touch me on a deep level and seep into the music that we write. Furthermore, our music taste is very broad and we like to take inspiration from many different artists and genres. We're always interested in exploring something new.

We are working on our second album, and are looking forward to playing more shows through Europe in 2023. We are also working on an interdisciplinary project that we're very excited about, but we can't share more about that yet. All I can say is; keep an eye on our socials...

Visit maidarose.com to find out more.

by ICMP staff writer
October 29, 2022
Creators
Back to Blog Home