We catch up with our MA Songwriting student and Instagram sensation to learn more about his new music... 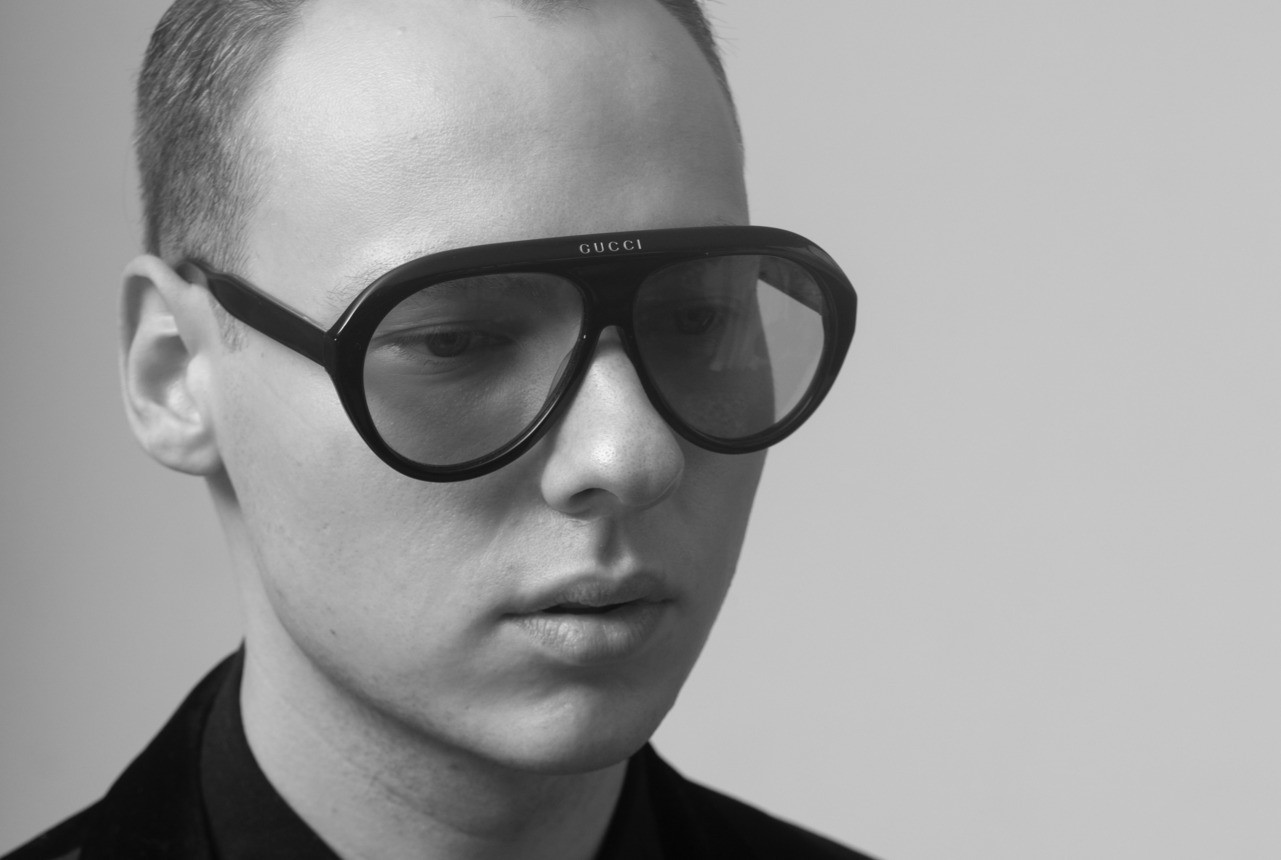 We all know how important mixing social media with music and it's a cocktail our MA in Songwriting student, Bernard has mastered.

With his new EP, 'PHASES', this new talent clocked up hundreds of thousands of views within a couple of days for his unique take on modern pop.

In our new interview, we learn more about Bernard, his musical journey and how his new music came about...

When I was a kid, I’d annoy everyone around me because every time I sat at a table, I would start tapping my fingers as if I was playing a keyboard.

Then, my parents said “Okay, we must sign him up for piano classes”. It was very natural as it truly felt like music was in my blood. Out of nowhere I’d start playing with my imaginative “keyboard” and I've been taking piano lessons ever since.

Then I started singing, doing a lot of TV projects as a kid and getting my foot in the entertainment industry. Also, I come from quite a musical family - they all kept it as a hobby. However, it explains why I get so much support and excitement from them every time I release new music or perform live.

I’m originally from Lithuania and most of my family grew up in the Soviet occupation - so they didn’t have the opportunities to achieve their dreams or goals."

To a certain point, I believe I’m the manifestation of their old dreams and their love has truly helped me be the artist I am today. The music industry is full of ups and downs and it helps to have that strong foundation to push you forward when you feel low.

How did you start writing your own music?

My first voice teacher was a very famous songwriter in Lithuania. Her music would be on the radio and TV shows - I’d dance to her tracks and would always ask “How do you write a song?”.

I am also a big Eurovision fan and I’ve always wanted to do Junior Eurovision for kids. However, in that competition, one of the requirements was the performer had to be the song’s author. Then I started pushing myself to write, I’d bring different drafts to my teacher and she’d show me ways to develop. When I was 12, I wrote my first proper song and the same teacher urged me to play it to the entire class - everyone’s reaction was quite overwhelming considering it was only my first attempt. It made me want to write more and since then I’ve never stopped.

How did you discover your sonic identity?

I'm very much influenced by classical music due to my studies at the Juilliard School Pre-College (New York, USA) and the University of Music and Theatre Hamburg (Germany).

So in the beginning, it was difficult to find my own place. I felt like a misfit and didn’t know where I belonged.

I am very open-minded and love Eminem and Lady Gaga as much as Bach or Frédéric Chopin.

I think the main problem in finding my sonic identity was people trying to put me in one box. I really struggled with that. I love watching 'Keeping Up With the Kardashians' as much as I love Georges Bizet's opera 'Carmen'."

But as time went by, I found my place, my friends and my audience. My music is like film music - dramatic, orchestral, cinematic, packed with layers of instrumentals/vocals and ALWAYS with powerful choruses. I love a good strong dramatic chorus. That’s what I’d like to be known for.

After my classical music studies, I really wanted to run away from that conservative and traditional world. I wanted to do my own thing, feel free and liberated.

I have learnt that going to a music school can be the best way to be surrounded by like-minded people and after living in New York, I wanted to move to London. There was something about the energy and the vibe of this city… And I’m a big city boy, so London was the only place I could go to next.

I started doing research about contemporary music degrees in London and when I found ICMP,  I was amazed.  It seemed to be just my sort of vibe and, after reading about the programmes it offered, I found myself choosing between the  MA in Popular Music Performance or Songwriting.

In the end, I chose to apply for the latter, had an audition and got in.

I keep saying coming to ICMP was one of the best decisions I’ve made in my life. I loved that on the first day of the course we were told by our tutors “We are not here to teach you anything, we are here to creatively challenge you”. "

And it’s true. I feel like I've been creatively challenged beyond anything I thought possible. The best part about ICMP is the energy of the students, the whole vibe and aura in the building - everyone is so down to earth, so talented and with zero pretentiousness. I remember how me and my producer Mo Rice* were working on a track in a studio at ICMP and another student Vincent Bugozi just randomly walked into the room and was like “Is it your track?” and just like that, we made a new friend and started to co-write together.

I’ve done it many times with other people too - if I hear something cool, I just walk into the room and introduce myself. That’s such a common thing to do at ICMP - no judgement or embarrassment. That’s the best part about it.

Could you talk a little about your new release? What is the EP all about?

My EP 'PHASES' is a deeply personal piece of work I co-wrote together with Marissa Anglin, Demi-Lee and Mo Rice* - people I met at ICMP. I called it 'PHASES' because it has two tracks representing the opposite sides of a relationship. Lead track 'I Fucking Love You' (feat. Marissa Anglin) is inspired by the excitement of entering a new relationship, and wanting to express your love for someone, but not having the words to say it. The ballad that follows, 'Over' (feat. Demi-Lee), signals the end of that relationship, and details a desire to move on, leaving all hard feelings behind.

How did the video to the track 'I Fucking Love You' go viral on Instagram?

I had to learn the hard way about how vital it is to take your social media seriously. I was only one step away from getting a deal with a major record label (Warner Music), but in the end - I got rejected just because I didn’t have good numbers on my socials.

It happened during my time in the US and the social media game is crucial there. Unfortunately, I was not taking it seriously enough. I thought that I should only focus on my music and partially - yes, I was right - my music got the label interested in me, but then the lack of social media presence led to rejection from the deal. I cannot tell you what a disappointing experience it was.

I learned that I need to dedicate as much time on my music as to my socials. I was told by the label to take a year off and mainly focus on my social media. I only got on Instagram last August and had 400 people following my Instagram account, but that number doubled over the last weekend. I think that success is due to the fact that I was putting out content that represented my artistic brand and the vision that I had. I was strategically planning my posts.

The quality is key. I was really proud of the EP and the content that I posted on my socials because I spent time on creating them - I think the final result was that people just naturally wanted to repost and share. Also - I believe the key thing is that you CREATE your posts - NOT copy someone else’s. I did not do any research on what works and what doesn’t. I just did my own thing. Also - I’m in love with TikTok. I just got on it but it’s AMAZING! Authenticity is so important and I think social media really gives you the platform to celebrate your uniqueness. It’s okay to be inspired by a certain aesthetic or the people that you follow, but still - I’m sure people don’t wanna see the same thing twice. I look at social media as another form of creativity. It is a tool to digitally communicate our artistic vision and find our audience. 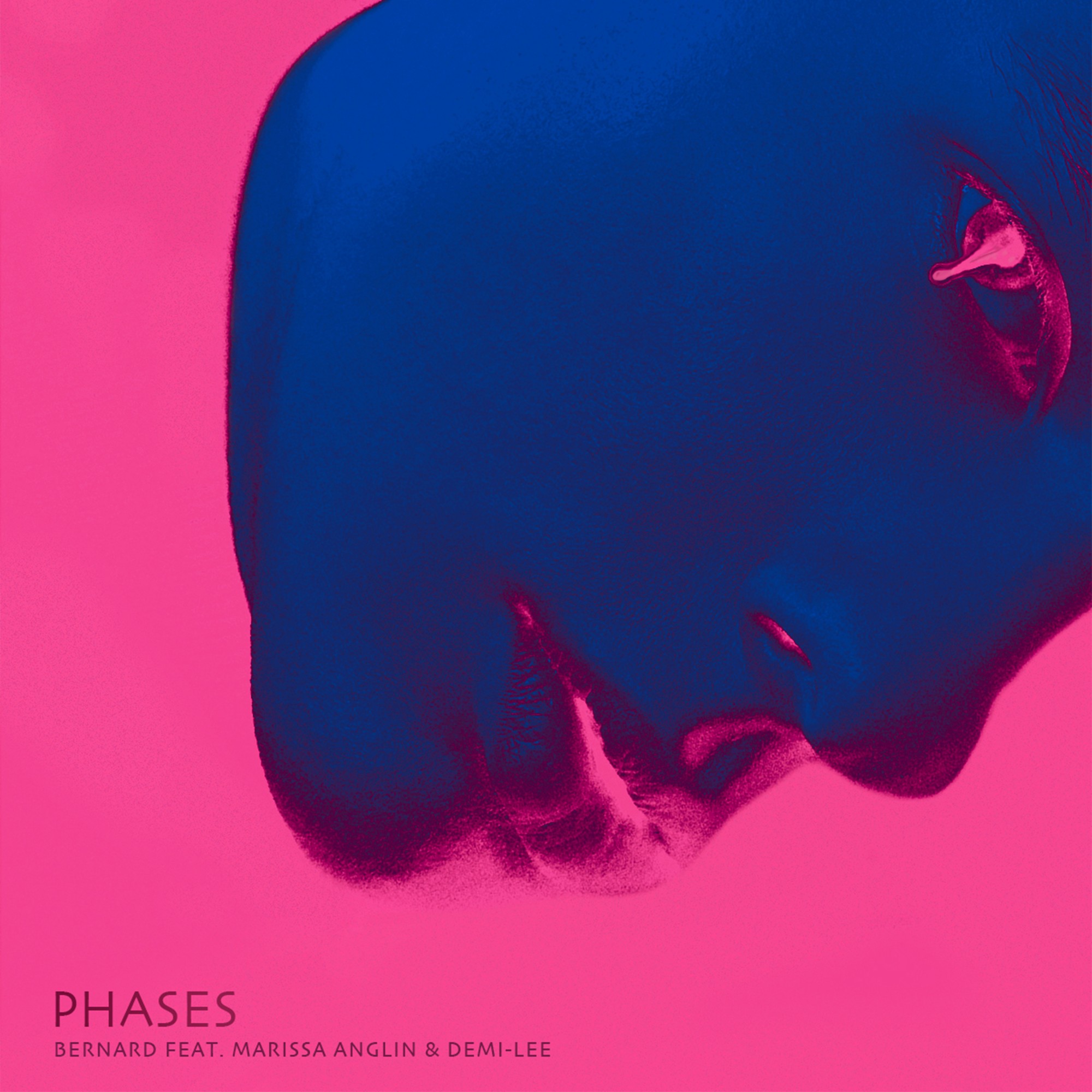 How did you hook up with producer Mo Rice*? And how has this collaboration help inform your sound?

Believe it or not but I met Mo Rice* on ICMP’s zoom call during Freshers Week when everything was online.

I came to ICMP to meet like-minded people and expand my network in the UK’s music scene. However, the whole lockdown situation ruined my plan and I was thinking how could I make it work. During our zoom calI, I proposed an idea for everyone to drop their Instagram links and when I found Mo Rice*, I was blown away.

He was posting new beats every day and I was like - wow! Right away I messaged him, the next day we got a room at ICMP and since then we’ve been writing music together non-stop. He brings a certain sound to my music and I love it. He comes from the urban/rap/r'n'b music world and when you merge his style with my cinematic/orchestral music - it is actually quite something. Even I get chills when I listen to it and it’s rare because I’m quite self-critical and harsh on myself. I think Mo Rice* has such a bright future ahead - whatever song we’ve worked on - he always gets it right. He knows how to produce a ballad as much as he knows how to produce a rap song. It’s quite something for a producer, because not everyone can do that.

Have you any advice for aspiring songwriters or emerging artists?

DON’T BE LAZY! That’s all I can advise. The music industry requires a strong work ethic and discipline. Being a creative (regardless of what field you’re in) is not a profession - it’s a lifestyle! You have to work if you wanna make it - you can Netflix and chill as long as you want to when you make it - but until then, it’s gotta be pure work and WORK only.

by Jim Ottewill
February 9, 2021
Creators
Back to Blog Home