How to get more people at your live gigs

Colin Keenan from live booking agency ATC Live gives us some top tips on how new acts can boost attendance at their gigs. 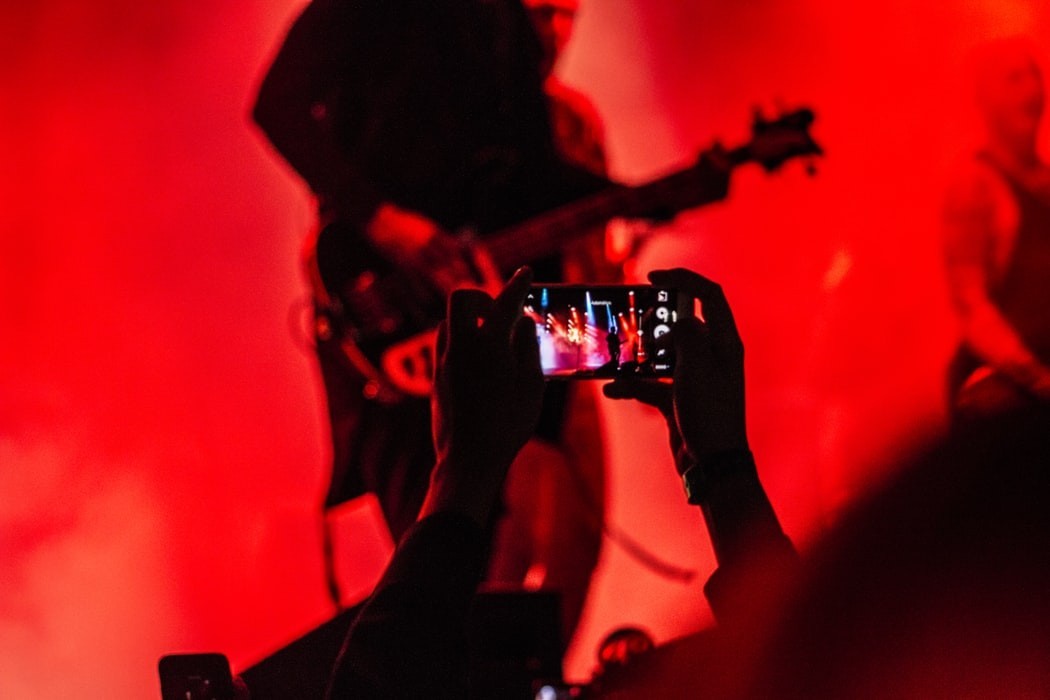 As a new artist or band looking to take to the stage, you can finesse your live show until it's perfect but you need an audience to impress.

Plenty of practice and rehearsal can certainly help you polish your performance on the night. However, it's equally important to ensure you have a crowd to witness your music. Which can be a tough challenge when there are plenty of other fledgling acts out there also trying to cut through.

So for some advice, we went to Colin Keen from live booking agency ATC Live. The business has worked on live shows and tours from the likes of Fontaines DC to Princess Nokia so know a thing or two about how to promote a live outing. Check out his essential advice below...

How far in advance should new acts begin to promote a live gig? Is there a good lead up time?

Try to work around three months out. Artists will typically see jumps in activity at announcement and leading into the event so you don't want too long in between for momentum to be lost. Always try to think of what can be done in between to keep pushing too - releasing videos, songs, announcing supports etc

What do they need in place in terms of marketing and promotion?

It always helps to have a plan in place for the three months (or however long you choose).

Social media is a great free tool but think outside of it - add your shows to SongKick, line up some local press and radio (which you can normally do yourself with a bit of research and reaching out individually to each person)."

You should also consider staggering your media releases. For example, by putting a song online around announcement, then the video a few weeks later.

As a London-based act, how often should you be performing live gigs when starting out? Is less more? Or should you just be going for it and taking every opportunity that comes your way?

This should be determined on an act by act basis. Some bands are so great live that playing constantly makes sense to really showcase their greatest asset. Some, however, are so special that it makes sense to hold off playing so much to put more emphasis on each show. But definitely do not take everything that comes your way - think about the show, the promoter, the venue - are these all the kind that you want to be involved in? Do they project an air of credibility and work with similar artists?

Are there any key buzz venues in the capital that new artists should be aiming to get shows at?

As above, this depends. When you start headlining, you want to be selling out. And, of the smaller venues in London, these can be geared to different acts. Black Heart is great for rock and metal, Paper Dress Vintage is typically good for quirkier acts, The Islington feels good for classier artists.

When choosing a venue, look at what similar artists have played in the past or, better yet, get along to shows and figure out which rooms work and which don’t."

How should a new act look to get a good support slot? What do they need to demonstrate?

Support slots are always competitive and the amount of benefit generated from them is often questionable so bands should never build their plans around them. But getting these can come from a variety of places. Most often, the headline artist themselves will determine the support so it's good to try get to contact them directly. If that's not doable, get in front of management and the agent. Explain that you're a fan of the band, you think you'd fit and why. Tell them about upcoming plans and previous achievements.

What are the most effective means of promoting a gig? Do traditional posters/flyers have any value? Or should this all be done online?

Again, this is always down to the artist. When we're dealing with heritage acts, we typically rely more on print - getting them into newspapers, flyers at similar shows etc. For newer artists with a younger fan base that are engaged with social media, Facebook is one of the great promo tools available - but you have to learn how to use it properly.

Building your own mailing lists is very helpful (read the 1,000 true fans theory) and continuously analysing how you market on socials will give you a very strong relationship directly with fans, which is hugely important.

When playing a gig, how should new acts capitalise on this to expand an audience? Is collecting email addresses an effective marketing strategy?

As above! Collecting email addresses is great. Being at the merch stall after the show is one of the best ways of connecting with new people. Invite suitable industry along - but only once you've built up a set you're happy with. Always invite people personally - people won't pay attention to an act that CCs them and 100 other industry professionals into an email.

Is there anything new artists should do after a gig to make sure they get the most promotional value from it?

Aside from going to the merch stand directly after the show, it's always good to look out for messages on socials from fans about the shows.

Respond to any messages on social and engage. The more people feel like they're directly involved with an artist, the longer they'll stay with them."

If you had any press at the show, watch out for any reviews or written pieces and share these.

What would be your top advice for new acts playing in the capital?

Make sure you're ready and be patient. There are dozens of shows competing with your shows every night and just because that important A&R or national radio DJ said they're definitely going to make it, doesn't mean they will. I've heard of acts going to London and doing their own showcases with 100+ people on their guestlist, only for around 20 or so to show. And just because there's 7m people there, doesn't mean you're going to instantly sell loads of tickets.

London will typically become the highest selling market on your UK tour but there are so many barriers to break through. Put in the hard work and the hard work will pay off.

Visit atc-live.com to find out more.

Photo by Alejandro Ortiz on Unsplash