Home » Blog Articles » 10 Tips On Getting the Gig

10 Tips On Getting the Gig

Top musicians Debbie Knox-Hewson and Eddy Thrower give us their essential advice... 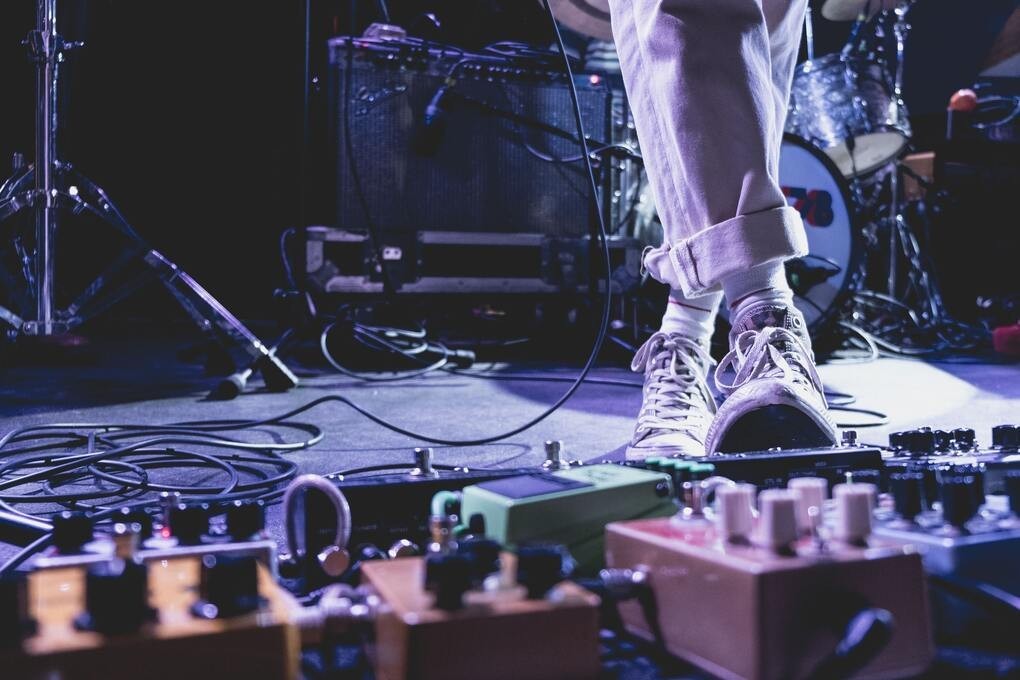 With live music now back on the agenda, there are a wealth of opportunities for session musicians and players to get stuck into.

But how do you go about securing the gig, then making sure you continue to get work?

As part of ICMP's Careers Festival, organised by our Careers and Industry Hub, ICMP's Ace chatted to renowned session players Debbie Knox-Hewson and Eddy Thrower about their industry experiences and advice.

Debbie is drummer with Charli XCX's Black Cherry band while Eddy made his name with Lower Than Atlantis before joining Busted.

Check out their essential words of wisdom below...

Session players are chosen for personality as much as playing

Debbie Knox-Hewson (DKH): I’ve been picked for sessions before as I’ve not seemed like a standard session player. Many bands now want their session musicians to provide personality-driven performances rather than just wearing black and standing at the back.

You’re only as good as your last gig

DKH: It’s a cliche but it is still true. Once you have that foot in the door, then you need to remember to maintain the quality and consistency of performance that landed you a gig in the first place.

Even if this is the fifth audition you’re going to this month, you need to remember to bring the energy and excitement. Clocking up the most auditions doesn’t always mean you’ll be the most inspired or passionate performer there.

Positive vibes are just as important as technique

Ace: Bands are looking for chemistry. They need to get on with whoever they’ll be working with as session players and want new performers to gel with them.

Groups aren’t like factories - music is a passion-led world and technique only goes so far. If they like the personality, bands can even work out more complex song parts later if they get on with a particular session player.

Try and not overthink your audition

Eddy Thrower (ET): They are hard but there are ways to overcome the nerves. For me, I learned quickly that I will be anxious and prone to over-analysing a situation. It’s easier said than done but try and go in and play without overthinking. You want the gig and probably need the gig financially. But try and leave any worries at the door.

Be confident and play to your strengths

Ace: I did an audition years ago with a band after responding to an ad in Melody Maker. I had my own look and took my own gear so I knew I could play to my strengths. Then they played something to me which I knew immediately that I couldn’t play. Instead, I responded with something different but still would fit with their vibe and I ended up getting the gig. Make the situation work for you - not the other way around.

DKH: I use Instagram to connect with and follow certain session players and MDs. It paid off as I contacted one player to tell her how much I liked her playing and if there were ever any opportunities, to consider me. She did come back to me when she’d heard of something and I ended up getting the gig.

Work out how you can enhance an artist’s performance

DKH: If I get an audition, then I go and look at the artist or band’s most recent live performances online. Check out how they perform, if anything can be improved and what kind of vibe they create on-stage. For example, if the artist is someone like Mazzy Star, then as a drummer, you probably don’t want to be doing over the top stick twirling when you play.

Prepare an alternative track for an audition

DKH: I always prepare a version of a song I know I can play really well if I cramp up and have the worst audition. This definitely helps me with nerves. It means this way it’s not all or nothing.

Read the room and stay nice

ET: To sustain a session gig, you need to read the room and situation, especially on tour. Ask questions about anything you’re unsure of with the MD such as sharing backstage photos on social media. Ultimately, remember, if you’ve got the gig in the first place, then you’re doing something right - keep it up!

ET: Networking is easier than ever now. You can get to know people without even being in the room via social media or Zoom. MDs like William Bowerman use Instagram to advertise their auditions so get online and connect.

by Jim Ottewill
September 8, 2021
On the stage
Back to Blog Home