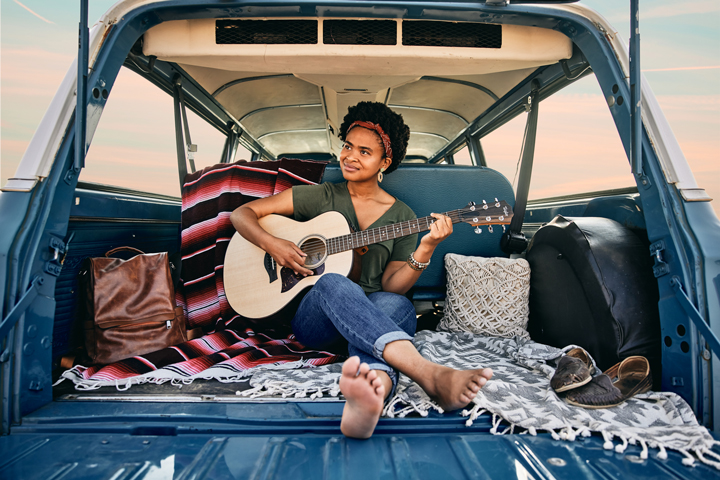 Headquartered in El Cajon, California, Taylor Guitars was founded in 1974 by Bob Taylor and Kurt Listug. The two first met while working at a hippie guitar shop in San Diego called the American Dream and partnered to buy the business when owner Sam Radding announced he was selling the shop. Though young when they started (Bob was 19, Kurt was 21), their shared passion for guitar making, along with their gritty resolve to make a living doing what they loved, nurtured the company’s gradual transformation from a struggling shop into the leading global manufacturer of premium acoustic guitars.

As an ICMP Alumni, I’ve seen first-hand how important it is to get serious about your craft. I wouldn’t have done many of the things I have in the music industry to this point, had I not put myself through the process of learning through ICMP all those years ago! As well-known innovators in MI and a company always looking to improve, Taylor Guitars are happy to be, in part, helping in that process."

Today, Taylor Guitars employs over 1,200 people and produces hundreds of guitars per day in its state-of-the-art factory complexes in both El Cajon and in Tecate, Baja California, Mexico. The company maintains an active dealer network, with Taylor guitars sold through hundreds of retail locations in North America and with international distribution to 60 countries, including a distribution warehouse and factory service center in the Netherlands.

An Industry Innovator
By blending innovative manufacturing techniques with tone-enhancing designs, Taylor has set industry-leading standards for playability, craftsmanship and musical performance. Bob Taylor’s pioneering use of computer mills, lasers and other high-tech tools and proprietary machinery helped transition guitar making from its old-world heritage into the modern era and enabled the company to produce guitars with unprecedented precision and consistency.

Along the way, Bob and Kurt have attracted many talented, like-minded people as employees, shaping a widely admired culture of creativity and innovation that has never lost sight of the company’s underlying commitment to improving the guitar-playing experience. In 2011, Bob Taylor hired luthier Andy Powers to lead Taylor’s guitar design efforts forward for another generation. As Master Guitar Designer, Andy has continued to advance Taylor’s product designs with groundbreaking innovations like V-Class® bracing architecture and many other award-winning guitar models. In 2019, Andy joined Bob and Kurt as a third ownership partner.