Meet dance music producer Karel Ullner and learn how his experiences as an ICMP student steered him towards songwriting success. 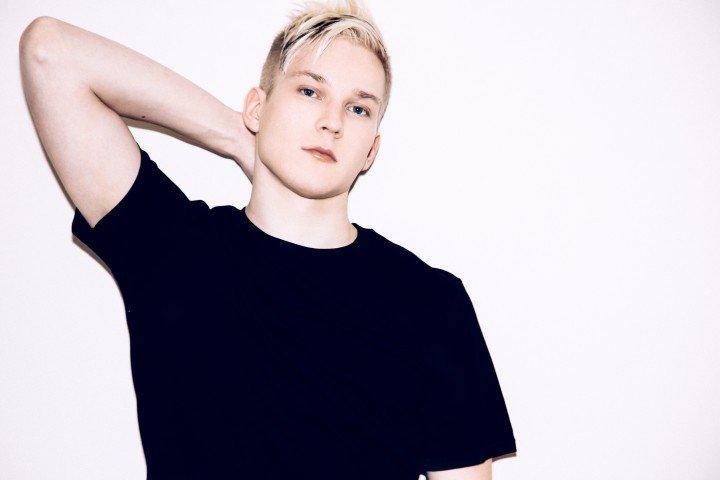 Originally from Finland, now based in New York songwriter and music producer Karel Ullner is an ICMP alumnus currently enjoying great success with his latest track, “We Get High”, riding high in the US Billboard Chart.

With a contemporary sound straddling the worlds of pop, dance and electronica, Karel’s achievement follows more than five years of hard work honing his sonic skills, helped by a recently completed stint at ICMP on the BA Creative Musicianship course.

Who or what first inspired you to start making your own music?

I was into Elvis, Elton John, Backstreet Boys and Romantic-era classical music when I was five years old. I started piano lessons when I was six and began composing my own music. Expanding my arrangements in Garageband influenced me to start my own band, which was the true starting point for developing what I do today.

Who is your biggest musical influence/inspiration?

My parents introduced me to their Michael Jackson CD collection when I was eight years old. "Beat it" was the first song that turned me on to the rest of his music and beyond. I later realised Eddie Van Halen played the guitar solo on "Beat it", which led me to taking guitar lessons hoping to become more like him. Later on in high school Skrillex’s music was another pivotal point that led me to make more electronic music.

You've recently completed your studies with ICMP - how important have your experiences been in shaping you and your music and enabling you to achieve success?

I graduated with the class of 2017 and felt my time at ICMP was a life changing experience. ICMP created an environment with room for me to think about what I’m learning and all the ways I could use it. ICMP encouraged individuality and created strategies to keep pushing myself as a professional. It was also great to meet so many students from around the world with different perspectives as people and musicians. This helped me think outside the box in a better way than before. Pushing myself outside of school while referring to my experiences and tutors at ICMP helped me make big leaps in just a couple years.

As a resident in NYC, what drew you to study with a UK-based music institution?

I studied in the states for two years before joining the second year of the BACM program at ICMP. Exploring the major music programmes in the US, I felt they lacked the focus on artist/career development and individuality that ICMP had. Being an artist to me is just as much about being an entrepreneur and creative problem solver as it is a technical musician or producer, working in the studio or on your instrument. Being an artist is more than just doing your homework and getting good grades. ICMP not only kept my head in books, but helped focus my whole time on directly translating what I learned to working in the industry.

You're currently riding high in the US Billboard charts with “We Get High”. Could you explain a little about the release? How did the campaign behind the record come about and why do you think it's been so successful?

I’ve been working on my solo music for over five years and been part of other projects for even longer. This led me to have hundreds of songs and ideas ready by the beginning of 2017. As the music evolved under different names and concepts, I always made a point to make new allies on the way for the next project and keep directing myself towards better audience feedback. I also pitch my work as often as possible and I’m always ready to go back to the drawing board to make changes. I see myself making pop music and aiming to connect with lots of people, but I try to focus on making my music a unique experience at the same time, which embraces difference and comes from a good place that can help others feel good. Life was never meant to be easy, and “We Get High” to me is about finding a way to have a good time in the middle of it all.

It’s hard to say what makes a campaign a success, because there are so many factors. I try to make songs and productions that are open for interpretation, but specific enough to evoke emotion when putting ones self in the characters shoes. If “We Get High” is climbing the dance music club charts, there’s probably something refreshing if not exciting about the song that connects to lots of people in a club setting.

Have you any words of advice for emerging music makers?

The main advice is to try to keep an open mind and find ways to improve so you can become the best version of yourself. Explore new things even if they initially feel the opposite of what you believe. And always focus on creating a better experience for your clients or audience and think outside the box for unique solutions.

I would definitely recommend ICMP. Make lots of new friends in different places, and explore what works for you personally and professionally. Check out all the events and opportunities around London because you never know who is there.

Musically, what is next for you?

Right now I’m working on new songs and remixes for my own project. The “We Get High” remixes are going to raise the bar again after their global release on 7 July. I already have a next single ready in the pipeline, which will come out in a few months. I’m also working on a couple side projects, one being a soundtrack and sound design for a video game. I hope to keep expanding myself and find new experiences to bring back to my work.

Learn more about Karel and his music via his website karelmusic.com.

by Jim Ottewill
October 4, 2017
Creators
Back to Blog Home