Take a look at our top ten notably creative musicians and see if you agree. You may even find the inspiration to get those ideas pumping once more... 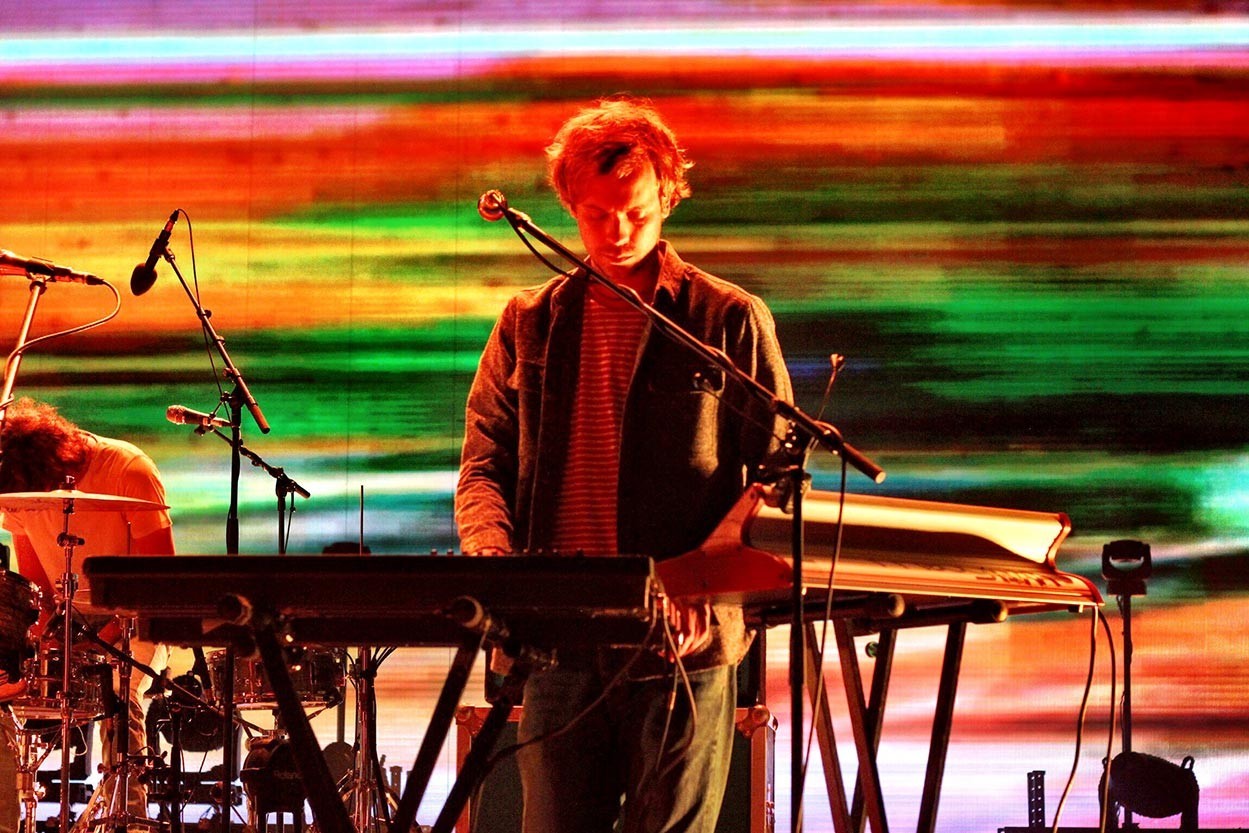 Whether you’re just getting started or have stumbled upon a creative bump in the road, it’s no secret it can sometimes be tough to get motivated as a musician. Looking to those who do it well, then, can be a really valuable exercise.

The world’s most creative musicians are, of course, a mixed bunch. Constantly creating, trying new things on for size, unapologetically experimenting and collaborating with new and unexpected artists, their methods are as diverse as they are.

So, then, who are the most creative musicians of recent years? It may not be who you first expect. Take a look at our top ten notably creative musicians, listed in no particular order, and see if you agree. You may even find the inspiration to get those ideas pumping once more.

A true innovator, the largely self-taught Richard D. James has pushed boundaries within the techno, ambient and experimental genres since the early ’90s. Though he’s performed and recorded under numerous aliases, it’s his Grammy Award winning work as Aphex Twin that’s seen him dubbed “the most inventive and influential figure in contemporary electronic music” by journalist Paul Lester of The Guardian – making him easily one of the genre’s most creative musicians. 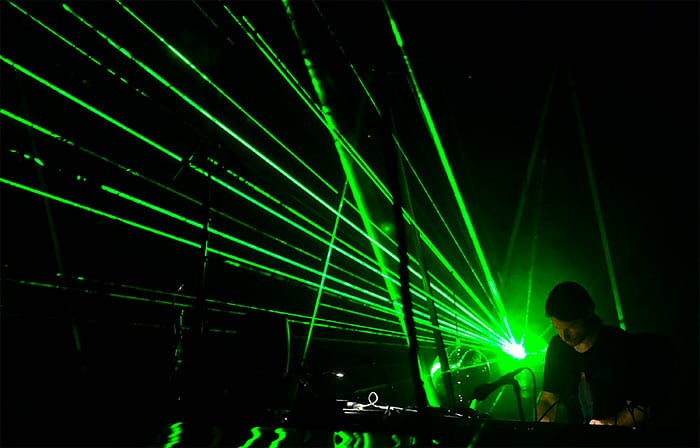 Beyond being Britpop royalty, Damon Albarn pushes the envelope within a myriad of genres, roles and media forms. A multi-instrumentalist, singer, songwriter and producer – one of our modern era’s truly creative musicians – he’s turned his hand to opera, musical theatre and pop with equal finesse. 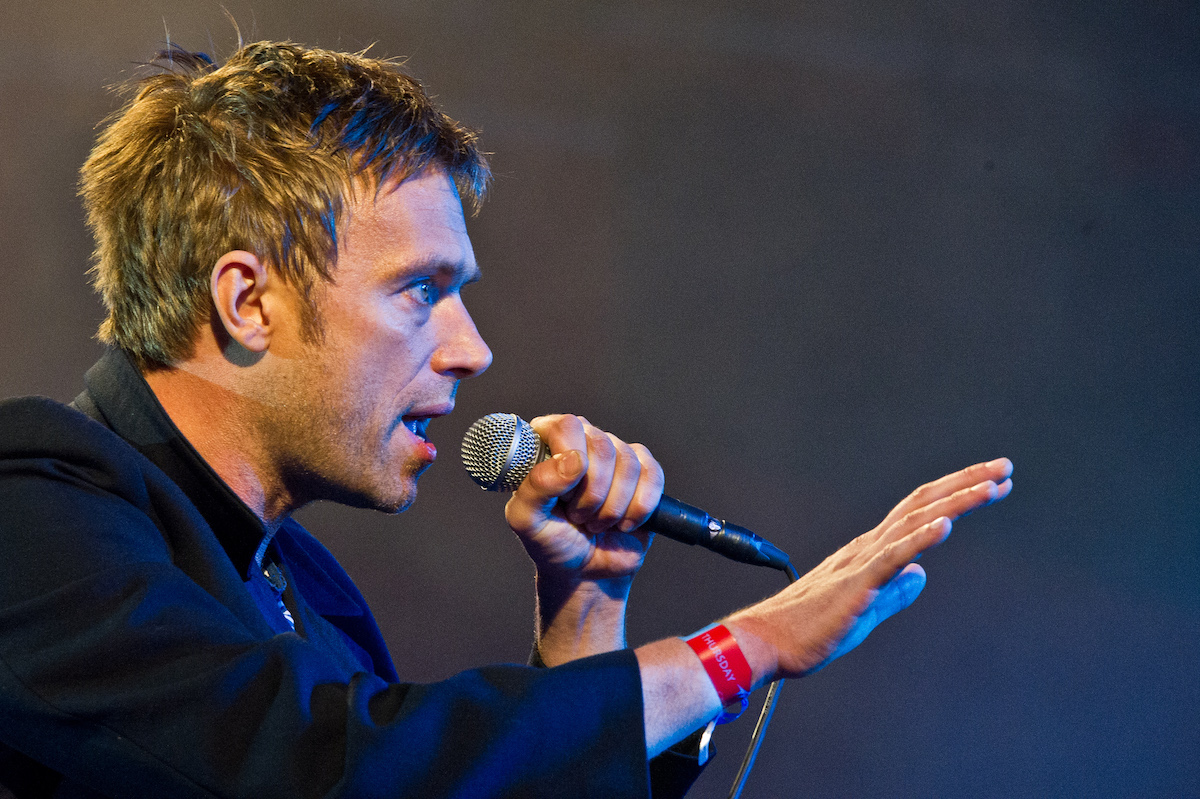 As well as his phenomenal success with Blur, solo work and side projects, Albarn co-founded Gorillaz, taking the concept of a virtual band to award-winning heights that included the John Peel Award for Musical Innovation at the 2006 NME Awards.

Without a doubt one of the most creative musicians around right now, home-grown singer-songwriter Tahliah Debrett Barnett started out as a dancer, and weaves this physicality through performances packed with fans of her unique genre-bending sound. According to The Guardian: “Twigs is about intensity, beauty, sexuality and freakiness” in equal measure. She weaves her soprano vocals through inimitable interpretations of trip hop, avant-garde, electronica and R&B, and though she’s been likened to acts as diverse as Tricky, The XX and even Kate Bush, she wields an enigmatic creativity that cannot be compared. 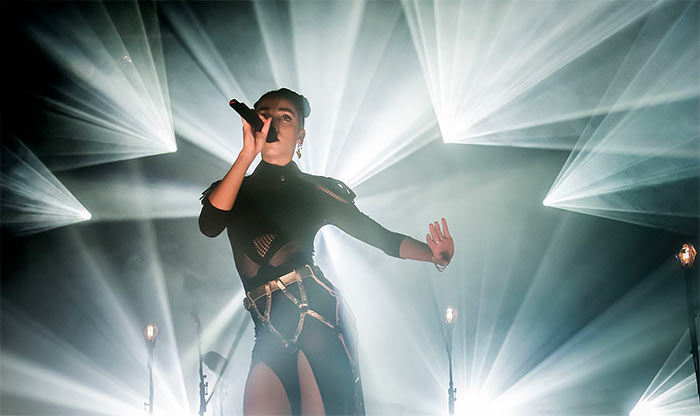 The name Flying Lotus came to American producer, musician, DJ, filmmaker and rapper Steven Ellison in a dream. And the off-time beats, left-of-centre samples, skewed synth tones and plethora of effects and textures that characterise his sound may well have you pinching yourself. Always one to take things in a new direction, and known for his abstract approach to experimental hip-hop, alternative hip-hop and electronic music, Flying Lotus has six studio albums under his belt, along with side project Captain Murphy.

Before she became St. Vincent, Anne Erin ‘Annie’ Clark was part of The Polyphonic Spree – a renowned fertile breeding ground for creative musicians. With a lifelong obsession for music, exquisite mezzo-soprano vocals and virtuosic guitar skills, she was undoubtedly always destined for brilliance. Her sound is rare and beautiful, merging rock, electro and jazz with disquieting lyrics, intricate arrangements and abundant instruments – she also plays piano, organ, bass and theremin. 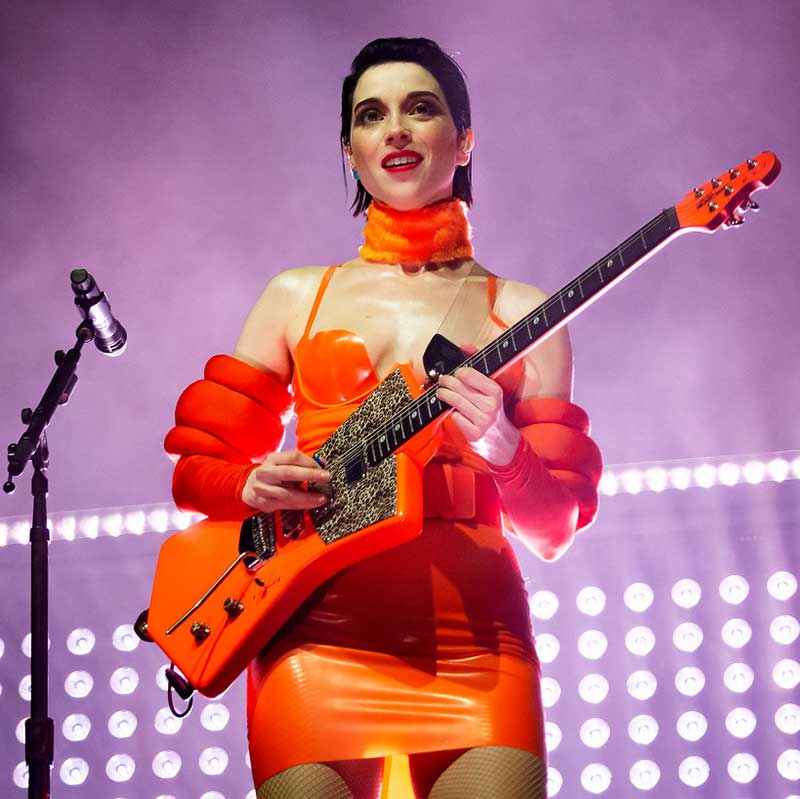 She’s directed a horror film, starred in an ad for Tiffany and Co, and performed as a purple toilet – is there anything St. Vincent can’t do?

Ask anyone the question “who are the most creative musicians?” and their answer is bound to include this man. Thom Yorke has made a name for himself by going against the grain of current trends. From his colossal success with Radiohead to his Grammy Award nominated solo electronica, he sits comfortably in any tally of extraordinary creators. 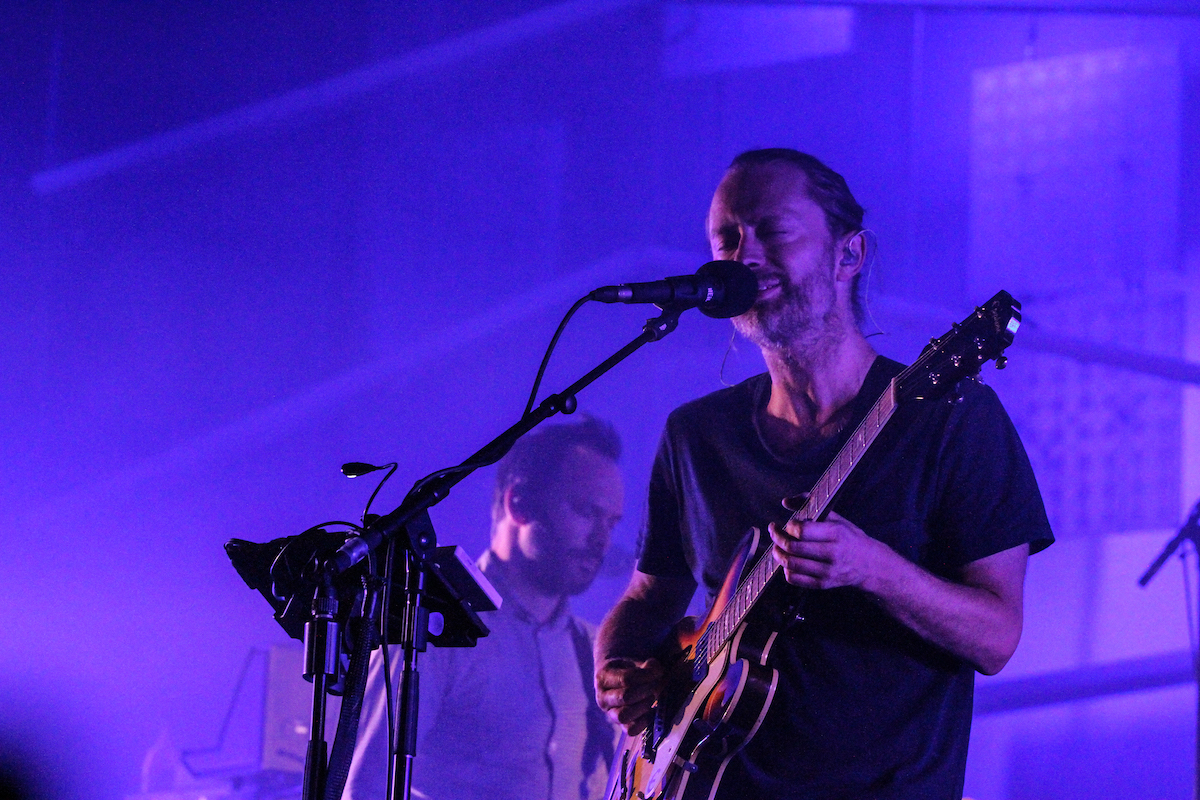 From his restless, emotive falsetto to layered, purposely off-tune guitars, Yorke’s sound is often imitated but constantly evolving. Compelled as ever to innovate, after three decades of success, Yorke’s creative genius knows no bounds.

Whispering lyrics, sampling everyday sounds, creating a shivery, uneasy vibe akin to the ASMR phenomenon – none of these things are new and yet in Billie Eilish’s hands, they seem wholly original. The artist sounds, quite simply, unlike anybody else and her visual style is equally remarkable. She’s undoubtedly one of the most creative musicians out there right now, and to have such a distinctive sound and style at just 17 years of age is incredible. Where she goes from here is anyone’s guess. 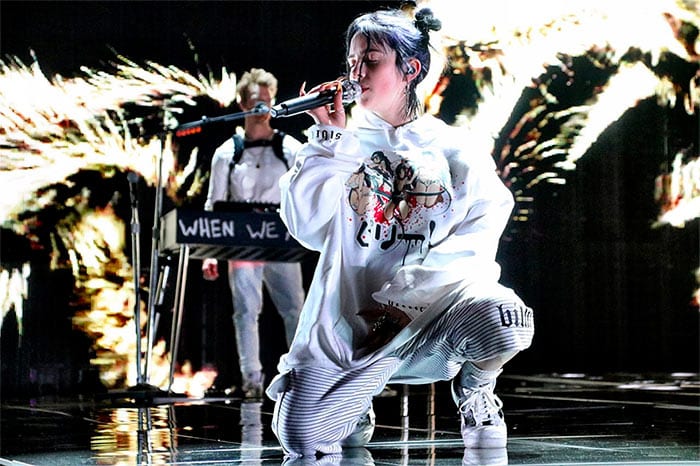 Rapper, singer, songwriter, record producer, entrepreneur, fashion designer, outspoken game-changer – Yeezy needs no introduction. His music, both critically acclaimed and chart-topping, leaps genres with ease, incorporating hip-hop, soul, baroque pop, electro, indie rock, synth-pop, industrial and gospel. His unparalleled sampling skills underpin his one-of-a-kind style and have ensured he’s received more Grammy Awards than any other rapper. Whatever you think of him, no list of modern creative musicians would be complete without featuring his name. 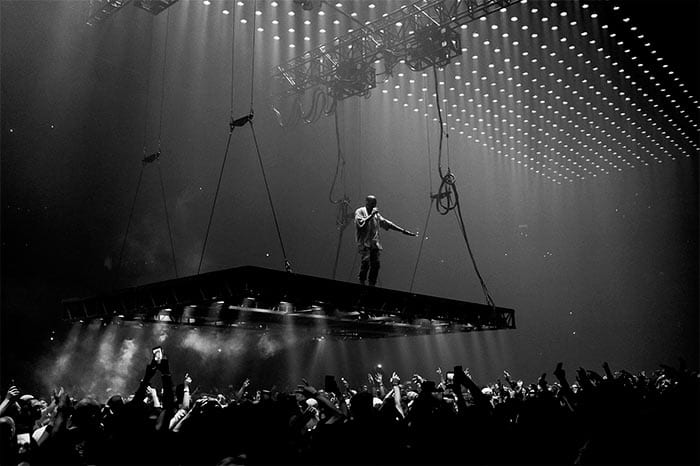 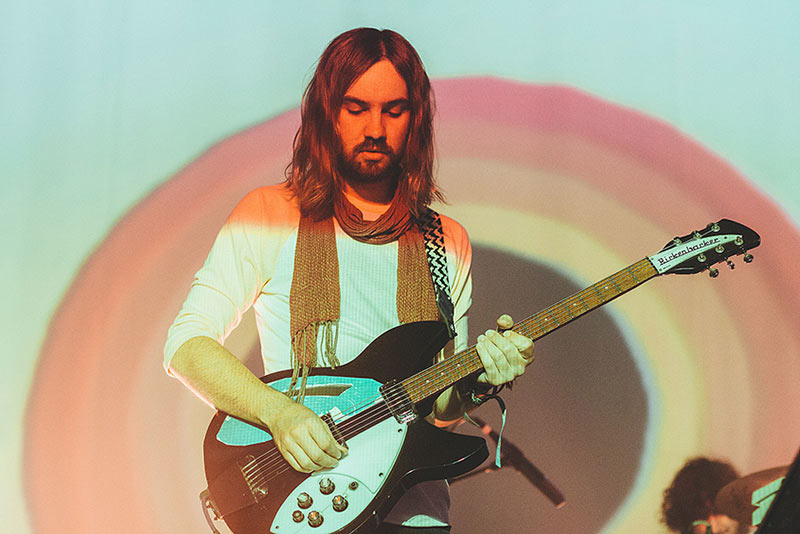 Australian Kevin Parker writes, records and produces the music for his psychedelic rock/pop band, Tame Impala. And with anyone else at the helm, the band would unlikely have scaled such heights. More than just a creative musician, Parker is a creative mastermind – as GQ once put it: “everything he touches turns to gold, or at least a chart-topping hit”. He’s renowned for his use of various effects pedals to achieve his idiosyncratic guitar tones and relies on phasing, delay, reverb and fuzz to produce the band’s unmatched sound.

In her four-decade career, Bjork has defied convention and remained impossible to categorise. Endlessly innovative, the trailblazing Icelandic artist plays with elements of the art-pop, pop, avant-garde, electronica and experimental genres, embracing technology and bending it to her will. 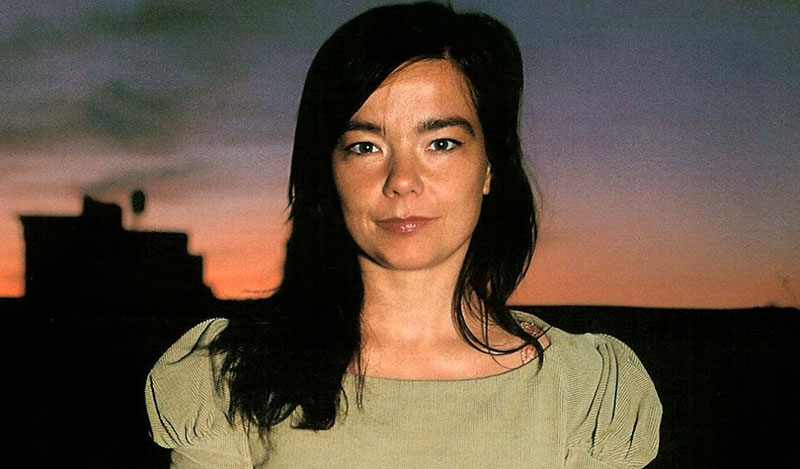 From her early days with The Sugarcubes to her pivotal album ‘Post’ and 2017’s ‘Utopia’, Bjork’s work is the very definition of eclecticism and she’s sure to find a place on every list of the world’s most creative musicians.

Are you keen to explore your musical creativity, develop and refine your unique artistic identity and dive into a career as a highly-skilled creative artist? Perhaps one day your name will grace a list of celebrated creative musicians too.

With our BA (Hons) Creative Musicianship course, you really will become more than a creative musician. This is a course designed for those poised to transcend traditional career trajectories and become entrepreneurial music industry professionals with varied and enduring portfolio careers.

Whether you’re a vocalist or instrumentalist, this highly creative programme will have you exploring composition, performance and production in a motivating collaborative environment. By the time you graduate from ICMP, you’ll be a confident and versatile self-producing creative artist, keen to move from student to industry-ready professional. You’ll possess the drive, entrepreneurial skills and networking contacts to take your music career to a new level, and an artistic uniqueness that stands out from the crowd. Just like these ten illustrious innovators.

by ICMP staff writer
April 2, 2018
Amplify your career
Back to Blog Home