We catch up with ICMP’s new Music Production Ambassador to learn about his career and essential advice... 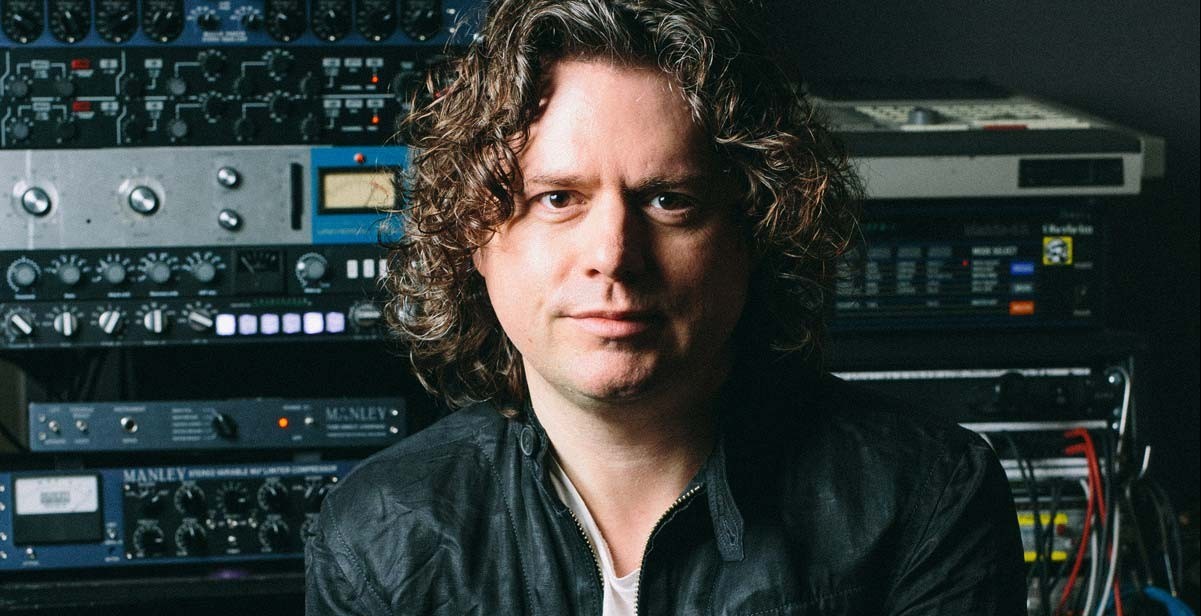 From touring as a live guitarist for bands like CSS and Alabama 3 to producing huge hit records with George Ezra and Jack Savoretti, Cam Blackwood's musical career has seen him journey through many different avenues of the music industry.

With so much experience under his belt, we are delighted to welcome him to ICMP as our Music Production Ambassador.

Here, we learn more about his work in recording studios, his work with George Ezra and his tips for success...

I used to be a guitar player in bands when I first moved to London in my early twenties. I ended up in a group, we made an album for a few hundred quid in a studio and I asked the manager whether he needed an assistant. I didn’t get any training but just got involved in making punk records. I ended up meeting plenty of people, asking questions and collaborating to try and find a way into the industry.

A lot of the work was initially for free to gain experience but then I ended up being let down by a band so I found myself a manager, Jill Hollywood. I then ended up working with this new band at the time, London Grammar. Someone at Columbia heard what I'd worked on, loved it and asked if I would meet this guy George Ezra - this was summer 2013.

How was working with George Ezra?

I met him at the end of August and we did two weeks.

I delivered ‘Budapest’ on the third day, they loved it and that was the start of my career. It was mental as that song changed my life. I’m from a little village near Glasgow that doesn't have people who make it in music."

From there I was asked to do the album, 'Wanted On Voyage'. We made that first record and it was a massive success. Then I made lots of wrong decisions and lots of good ones and I ended up doing the second album with George too.

How did you deal with the success?

It’s hard to do anything in music as the expectation is massive. The more success you get, the less people tell you you’ve done a good job. But I’m now working with Tom Walker and that’s been brilliant as I’ve been co-writing with him.

The last couple of singles with him did well and off the back of that I’ve landed a publishing deal with Concord which is what I wanted. They’re a big independent with a small roster. So there's me, Mark Ronson, Daft Punk, Fiona Bevan. It’s very bespoke so I was really interested in working with them.

Do you think about streaming and how music lovers listen to songs when writing?

When I’m writing the song, I just want it to be brilliant. A great song can be produced anyway you want it. So if you put down ‘Bohemian Rhapsody’ as a folk song on the guitar, it would still be amazing because it’s genius. ‘Umbrella’ by Rihanna played on guitar would be amazing. On a writing tip, I want it to be great. But then you need to balance this by knowing what sounds good on a music streaming site like Spotify.

You need to remember the kind of textures that are currently popular too so your music sounds contemporary. But technology has always had an influence on the sound of music and how it is made, from 2 track to 24 track recording, then digital.

How do you know when a track is working?

You can only gauge it on your own feelings. When I was working with George, we’d record everything and piece it together like a jigsaw. Then, there’s a section in ‘Budapest’ where this percussion starts and you just know that this makes it. If you know music, then you’ll know which bit works for you. For instance, a simple example of it is when the DJ does a build, then brings in the drop.

How do you inform your musical palette?

I listen to Capital Radio all the time in the car. It's not necessarily what I would choose to listen to but it helps me focus on my stylistic approach and sonic arrangement."

We're currently coming into this pop-punk/emo world with artists like Post Malone while Dua Lipa is obviously on this seventies disco kind of sound. It's good to know what you're aiming for.

What have been your favourite projects to work on?

I really enjoyed working with Jack Savoretti on his 'Singing to Strangers' album.

We went to Ennio Morricone's studio in Rome and did the whole of the record there with a full five piece band, orchestra and a choir. As a producer, I got to really flex some creative muscles and it sold 100,00 copies within 12 weeks. I'm really proud of it.

What is your essential advice?

Remember that the roles of songwriter, producer, artist, engineer or musician, are key within the music industry. The primary making of musical products lies with them and you should look to focus on becoming an expert in one of these areas.

If you want to be a session player, then listen to all the records you want to play on. If you’re a drummer, make sure you’re great at playing to a click and you have an idea of what pop is. If you want to be successful, then you need to take stock and focus on what you want to do. Everyone is going to work harder. Don’t work yourself to the bone. Work smarter and try and soak everything up.

Find out more about Cam Blackwood.

by Jim Ottewill
February 8, 2022
In the studio
Back to Blog Home