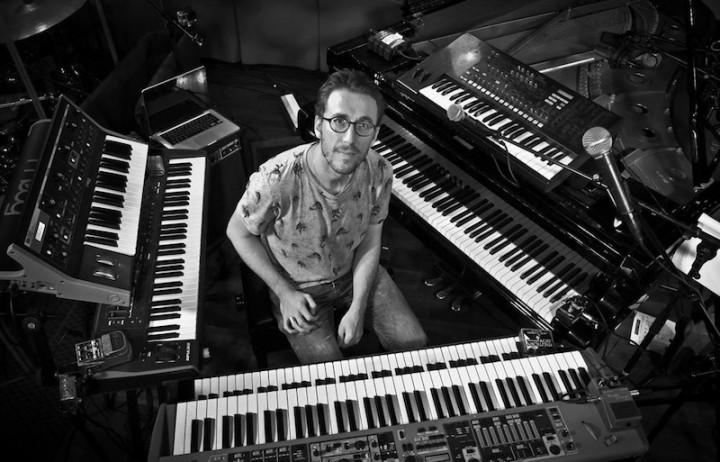 Yet another masterclass coming up for ICMP students in the new academic year - three-time Grammy Award winner and recently appointed Visiting Lecturer, Bill Laurance, who will be coming into the college on Tuesday 14th November.

Who is Bill Laurance?

Bill is one of the original members of the internationally acclaimed Snarky Puppy, who won this year’s Grammy Award for Best Contemporary Instrumental Album, which they added to previous accolades for Best R&B Performance in 2014 and Best Instrumental Album in 2016.

He released his debut album Flint in 2014, which after going straight to No. 1 in the iTunes Jazz Charts, received international critical acclaim. His second album Swift was released in Spring 2015 on GroundUP Music, an independent label formed by fellow Snarky Puppy founder Michael League.

What will students learn?

The visit comes as Bill travels around Europe for a solo piano tour and will see him present a session for all ICMP musicians about finding their voice as an artist. He will cover topics including how to find the best ideas and finish them, what to focus on as an artist and the importance of being sure about your concept and developing your brand. He will also touch up on technical aspects such as post production (mixing/mastering) and talk from experience about life on the road. And as he said himself:

I've always loved teaching at ICMP. So much talent and enthusiasm. It's always been an inspiring place to teach so I'm looking forward to coming back for this masterclass!

On the same day, we will also be welcoming influential jazz drummer Mark Guiliana to our campus in Kilburn. We are delighted to bring students the opportunity to learn from two virtuoso jazz musicians in one day!

Details of the event:

When: November 14th 2017
Where: ICMP London
How to apply: All masterclasses are free of charge to ICMP students so if you have already accepted your place for 2017, or if you are a returning student, then you will be advised nearer the time how to book your place at this event. And if you haven’t yet accepted your place or if you are considering making an application, then here’s another great reason to choose ICMP to build your music career!