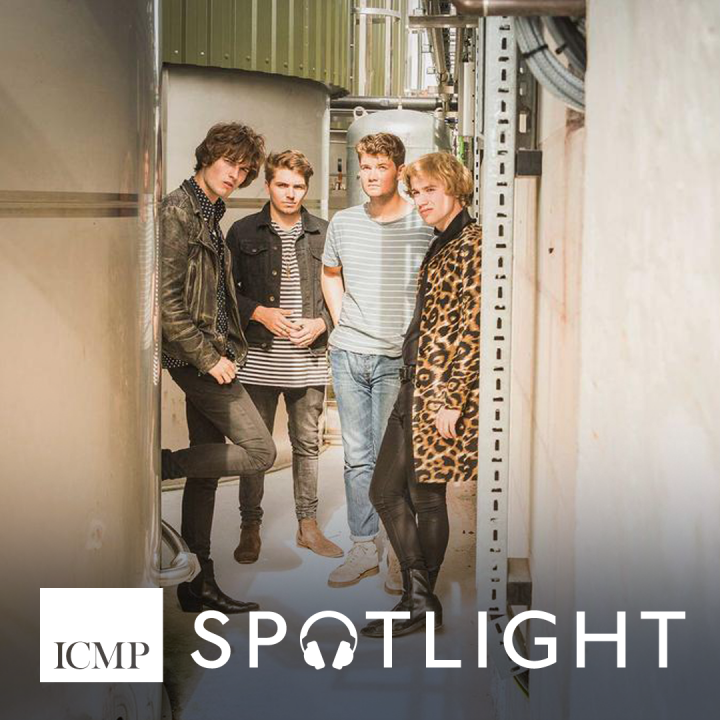 With so many amazing successes, it’s hard to keep track of what ICMP students and graduates are achieving! So we thought we’d help a little by highlighting a track each week from a selected ICMP artist who is already attracting industry attention and starting to make waves in the business, putting one of them under a Spotlight of our own.

The Velvet Hands, a soundtrack for demolition

The Velvet Hands, featuring Toby Mitchell  and Sam Hilder, respectively student and graduate from the BA Creative Musicianship degree, continue to gain fans and critical support alike with their guitar-driven sound. The track 'Games' has been taken from their forthcoming album, set for release in early 2018.

The single was recently premiered on Gigslutz who praised the band as "ones to watch" and the new track as "another boisterous offering reminiscent of the very best of early 2000s guitar bands and a rousing two fingered salute to freedom, youth and a defiance in doing your own thing". 'Games' was also recently played on Charlie Ashcroft's show on Amazing Radio and the band has also received positive reviews from BBC 6 Music’s Tom Robinson who called them ”a soundtrack for demolition” and the NME, who praised their “bulshy spirit”.

The band played storming gigs in London and regionally earlier this year, including Fierce Panda Records and End of the Trail Record’s ‘Alternative Escape’ in Brighton and were featured in The Great Escape official video. They have even had their track ‘Sick of Living’ featured on E4’s Made in Chelsea.

You can catch the band here:​

If you're an ICMP student or graduate keep in touch, let us know what you're up to and how things are going at thehub@icmp.ac.uk. And don't forget, our careers and industry liaison team at The Hub continue to be available to you after graduation, providing advice and connections to help further your career.