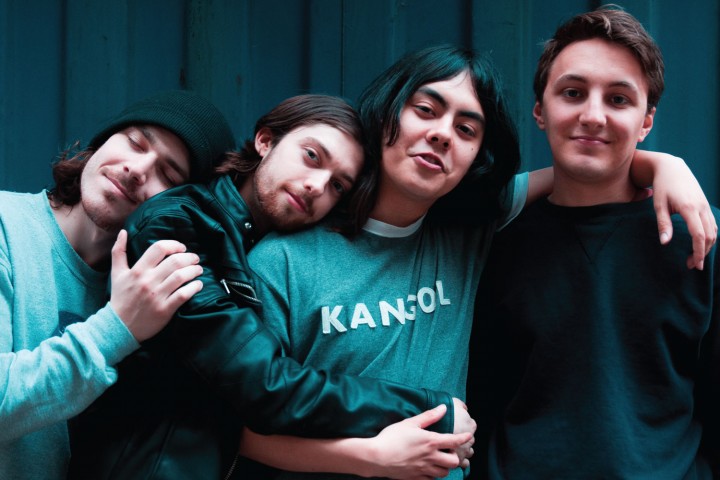 Young rockers Honey Lung have been one of summer 2017’s must see acts, taking their sweet but heavy guitars all over the year’s festival season.

Featuring our current BMus student Omri Covo on drums, the group wear their grunge and shoegaze influences on their plaid sleeves, all ably shown off in their killer new Spotify playlist below.

With new material in the form of ‘Stuttering Mind’ released today (29 September), there’s no better time to delve through the band’s collective record collection…

Built to Spill have always been a favourite band of ours. They've definitely influenced us musically, especially with some of our earlier songs, and are one of the more underrated bands to come out of the nineties.

Elliott Smith was one of the best songwriters of all time. We think so anyway! The vocal melody and the way Elliott sings in this song is so hauntingly beautiful and calming.

My Bloody Valentine - 'When you Sleep'

My Bloody Valentine were another band that hugely influenced on us. The whole "wall of sound" production really had a big impact on how we started writing, and you can hear it in some of our earlier songs, like our track 'Something' .

There's not really much to say about this song other than how great it is. The guitar solo at the end is godly.

Sparklehorse is a band we got into more recently. The structure of this song is pretty interesting, they're not afraid to let the instruments drop in and out texture-wise. They just wrote great music.

Admittedly not everyone in the band is a fan of Wolf Alice - but we can all agree on this song. It's got a really cool 80's vibe to it.

Unknown Mortal Orchestra - 'Swim and Sleep (Like a Shark)'

The vocals in this track sound like they're coming out of speakers in a school hall and they're surrounding you. We all agree that this is just a really nice song. Charlie plays this song quite a lot while we warm up or tune up for a set, so it's always in our minds. The music video for this song is also really cool, so go check it out if you haven't.

Considering we reference Pavement (and this song specifically) in one of our own songs, we couldn't not put it on this list. The song's got weird parts in it, like the random guitar feedback sprinkled through the track and the interesting verse lyrics. It's great.

We also couldn't not have a Smashing Pumpkins song on the list considering they're the band everyone says we sound like, which is fair enough because they're probably our biggest influence. This is a song we head-bang to regularly whilst driving down the motorway to our next show. It's the best song to air drum to of all time.

This is most likely Jamie's favourite song - the rest of the band thinks so anyway. He always calls shotgun when we're out on the road, and we like to make a bet on how long it takes until he puts this song on. The drum beat heavily influenced our single "Sophomore" which came out a few months back, see if you can pick it out.

If you're interested in taking your music industry career to the next level, then please join us on our next Open Day on Saturday 14th October. You can book your place here.