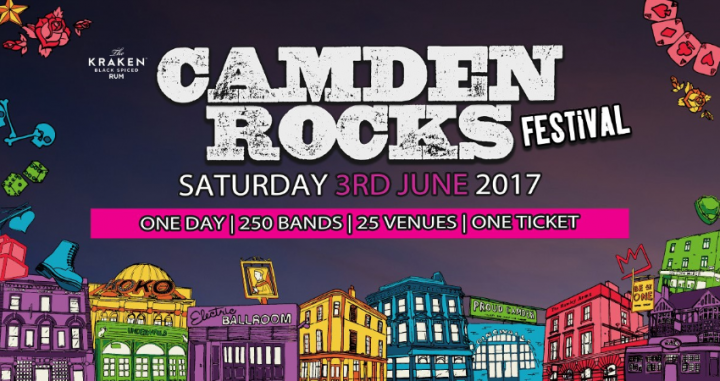 ICMP graduates will play at the Camden Rocks Festival 2017, the notorious one-day festival that hosts 250 bands across 25 venues in the heart of Camden, London.

Chinese Missy, featuring Higher Diploma graduate Rich Bond and BMus graduate Tom Moore, have played across London and the UK as well as a residency at Notting Hill Arts Club.  They have previously supported acts including Tribes and Young Kato, performed at Green Man Festival and won a competition sponsored by Red Bull Studios to play at Download Festival, after which they released their single ‘Kickin’ About’ which was produced and recorded by Mike Spink (The 1975, Jake Bugg).  They garnered positive coverage from press including Rocksound Magazine, Guestlist and Live Nation.

Rival Karma, featuring BA Creative Musicianship graduates Piergiorgio Ciarla and Kevin Barre, and BMus graduate Vassilis Lazouras, gained massive exposure when their track ‘Lies’ was recently featured on an international advert by cosmetic giant Maybelline.  The song is taken from their EP Dames and the band is releasing their new single ‘Scream’ in March with a launch gig at The Islington in April. Having toured across the UK and Europe in 2016, recent gigs have included a performance at the legendary 100 Club as part of this year’s London Blues Week.

Rews, featuring Drum tutor and Admissions Advisor Collette Williams, have recently signed with Marshall Records and just completed their first tour of the UK.  The band has released four highly acclaimed singles and played at high profile festivals including Glastonbury, Green Man and The Great Escape.  They have garnered praise from the likes of BBC Radio 1’s Huw Stephens, Radio X and Kerrang. ICMP’s own Collette Williams has played alongside a host of professional musicians such as Mark Richardson (Skunk Anansie) and Kojo Samuel (MD for Jessie J, Katy B, Plan B).  She can be seen drumming in the video for Gabrielle Aplin’s hit single ‘Sweet Nothing’, has played live on the Graham Norton Show and done session work for SYCO and Sony among others.

Find out here where other ICMP bands are playing this summer!