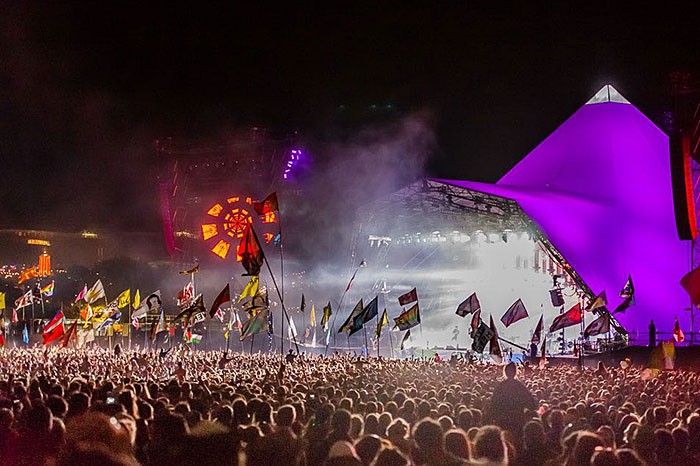 As ever, Glastonbury 2017 reaffirmed itself as the greatest music festival in the world. Alongside monumental performances from the likes of Radiohead, Foo Fighters and Chic, the festival’s stages were also graced by a notable selection of ICMP graduates who all left their mark on this year's event.

Playing throughout the weekend our graduates featured across the site, from the John Peel and BBC Introducing stages to the more intimate Rabbit Hole and Strummerville Camp, creating a lasting impression on all who saw them. This included BBC 6Music’s Mark Radcliffe, who declared Rews’ storming set on the John Peel stage as one of his festival highlights!

Higher Diploma Drums graduate Gabi King played drums for up-and-coming singer-songwriting Declan McKenna on the John Peel Stage on Friday afternoon. The show drew the band’s biggest crowd to date as  Declan's popularity continues to build. This was the second time Gabi had played the festival after previously winning the festival’s ‘Emerging Talent Competition’ in 2015. You can see footage of Gabi and Declan’s set on the BBC website. Gabi sent us this message prior to taking the stage:

I watched some of my favourite acts play the John Peel stage last year, so getting the opportunity to play it this year alongside some serious talent was incredible. Playing Glastonbury is always a special experience, as well as it being our biggest crowd to date. The energy and the people are like no other, it's like you just get lost in it all. Can't wait to be back!"

Two piece London rock duo Rews, featuring ICMP Drum Tutor Collette Williams on Drums, had the honour of opening the John Peel stage on Friday. They played a phenomenal set, gaining many new fans and some notable praise. Collette dropped us a note to let us know how it went:

Playing the John Peel stage at Glastonbury was a dream come true! It really helped us to see just what we can achieve with an awesome team, passion and the support of our amazing fans! It’s left us feeling inspired, humbled and with a fire in our bellies! We’re so overwhelmed by all the support, especially from Mark Radcliffe who named us as his highlight of Glastonbury on the BBC coverage alongside Chic!! What an honour!’

Glastonbury was a crazy experience! Seeing and hearing all the different music being played while a guy walks past cleaning his teeth at 1 in the afternoon was surreal. Haha! But when the audience sing back the chorus of a song you’re playing.... nothing beats that!” 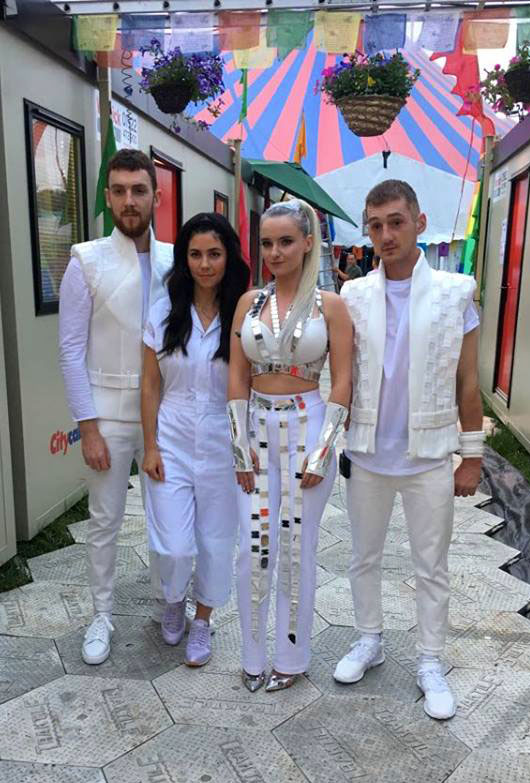 Drawing one of the biggest crowds on the John Peel Stage was the phenomenally successful Clean Bandit featuring ICMP Drum graduate Luke Patterson. You can catch Luke in action during Clean Bandit’s set on the BBC site here.

The festival also hosted Burnz, led by Songwriting Graduate Joe Burnie, who played two great sets during the weekend. Plus Songwriting graduate Matt Maltese, recently signed by Atlantic records and described by the NME as “the UK’s answer to Father John Misty, played two rousing sets on the BBC Introducing stage and at the Rabbit Hole.

As Glastonbury draws to a close, the festival season continues at full speed  and so do the appearances from our students and alumni! Next up is Latitude on the 13th July, where you’ll find Matt Maltese and Declan McKenna playing alongside headliners Mumford & Sons, The 1975 and Fleet Foxes.  Find out who’s playing where throughout the summer at our 2017 Music Festival Guide.

If you’re looking to take your playing and performing to the next level, and dream of playing to huge festival crowds, then let us help you find the right course for you. Our Admissions Team are on hand to help you, call them on 020 7328 0222 or email enquiries@icmp.ac.uk.