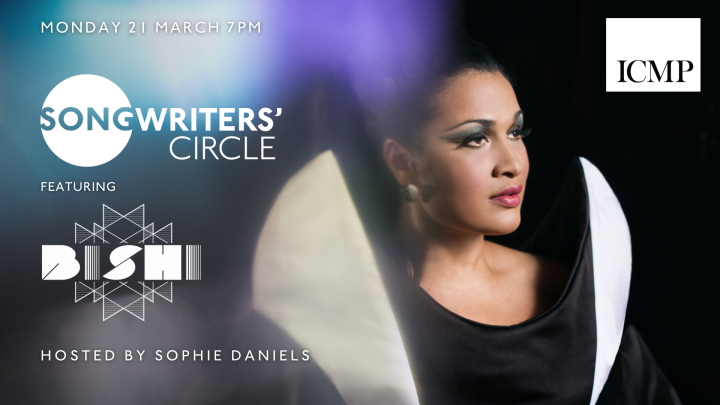 Join us for this month's Songwriters' Circle which will be a special all-female round to celebrate International Women's Day.

This month's Songwriters' Circle will be a special all-female round to celebrate International Women's Day and it will be hosted by ICMP's Head of Songwriting Sophie Daniels.

About our special guest BISHI:

BISHI is a singer, electronic rock-sitarist, composer, producer, and performer born in London of Bengali heritage. As a multi-instrumentalist, she has been trained in both Hindustani and Western Classical styles and studied the sitar under Gaurav Mazumdar, a senior disciple of Ravi Shankar.

BISHI has written, performed and released two albums and five EP's on her own label Gryphon Records to critical acclaim. Her most recent single 'Don't Shoot The Messenger,' was produced by Tony Visconti.